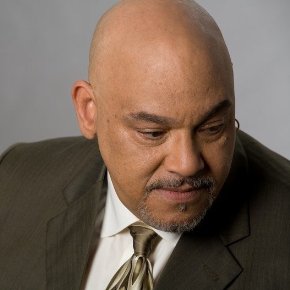 The wonderful PHIL PERRY is the consummate modern soul man. The sometime Montclairs vocalist has just released his 11th solo album – the acclaimed ‘A Better Man’ ( see our reviews section) . Keen to speak to all of soul’s top people, SOULANDJAZZANDFUNK recently caught up with Mr Perry and we began by asking him what keeps him going after all this time. In a lengthy career he’s achieved everything, worked with the very best and crafted timeless music … doesn’t he ever feel it’s time to pack it all in and take to the golf course?

Never…. it’s simple…. singers need to sing. I still love music too much to stop. I could never stop.

OK, the new album…. You’ve chosen ‘A Better Man’ as the LP’s title cut…. why? Is it a description of you?

It’s a description of any man. Every man can be better. Chris Davis (producer) wrote the hook, and I weaved the story. It’s a partial description of where I am in my life as well.

Other album highlights include the two Impressions covers – ‘Gypsy Woman’ and ‘I’m So Proud’. Why go to Curtis Mayfield’s back catalogue and why those two particular songs…. I mean there are already lots of covers of them already… why not try something a little more obscure from Curtis?

In my youth, Curtis was one of the vocalists and composers that I listened to in order to develop a style of my own. He was the consummate poet. I’m not familiar with any other covers of these songs, but I chose them simply because I like them.

What do you think you bring to the two songs that are different to the originals?

Then, of course, there’s your version of the old Montclairs’ song, ‘Dreaming’s Out Of Season’… why chose that one?

My wife, Lillian, had been begging me for years to cover one of my own original songs due to an overwhelming demand from Montclairs fans via social networking. She argued that since I’m known for covering other songs, I needed to do the same for my own songs. So I asked her to send Chris Davis a sampling of songs from the old catalogue, that I myself had penned, and he chose ‘Dreaming’s Out of Season’.

What can you remember of those great old days with the Montclairs?

I remember the excitement of opportunities, and the development of my vocal style and composition skills, which have served me well. The group experience provided me with a Trojan Horse (so to speak) or platform, in which I could grow and develop, and which allowed me to enter into the music business in my late teens.

How frustrated were you that the band – though revered by connoisseurs – never made the soul major league?

I was actually more frustrated with the group members, and their lack of commitment, than I was with the level of success we never achieved. I knew that this was my destiny, to be a full time singer/songwriter, and I thought they also shared that vision – but they didn’t.

Any hope of a reunion?

No. There was some discussion, but still no level of commitment to make it happen. Two of the original members are deceased now, and another is a pharmacist living in the Midwest. Another member has moved to Manila and is no longer involved in music. I’m the last man standing.

Back to ‘A Better Man’…. the album’s “different” (i.e. not romantic) song is ‘Stand Up’ what can you tell us about that one and how and why did you get Howard Hewett to help out?

Howard is an old friend that I’ve been making music with for a long time since moving to Los Angeles. We began working together back in the early 80’s with Leon Haywood and one project you might be familiar with is Carl Carlton’s “BAD MAMMA JAMMA” hit, with Howard, James Ingram, and myself on background vocals. “STAND UP” was another hook created by Chris Davis, and I reflected on the 60’s, the Selma March, the Civil Rights era, and a call to action for individuals to change and improve their circumstances. By the end of the song, it’s actually a call to men to stand up for what they love, and that all adds to he concept of being a better man.

‘Beautiful Girls’ is another song that stands out…. it has the feel of something from the Great American Standards songbook – was that the way you saw it?

Thank you! The song is actually a tribute to daughters, and the fathers that remain involved in their lives. Chris Davis has 5 daughters and I have one. I tried to bring the classic jazz feel to the song through the creation of my favourite background vocal harmonies in the style of the old studio session singers long ago.

What one track on the album do you think best sums up the art and craft of Phil Perry?

‘Let It Rain’… without a doubt. It’s a mood song, and I love the mood of a man begging his lover to spend time with him. I’ve been told that I beg very well, and that I’m glad to be of help to any man who needs such assistance. It’s a Crooners’ song, and I am indeed a Crooner.

In the UK and in Europe we all love your 1994 album ‘Pure Pleasure’. The track ‘The Way That I Want U’ is still hugely popular and its how I’d define your sound…. what can you remember about that song?

I remember the joy of layering vocals and being given creative freedom to lay down everything I was hearing musically. Throughout my life, music has continually been going on inside of my head, and it never stops. Most producers would kick me out of the studio after the first take, but Barry Eastman (the album’s producer) gave me permission to unload everything I was hearing, and then his meticulous placement of what I did made the song an amazing production.

Do you still perform it live?

I had no idea that it was so popular in the UK. I’ll be sure to add it to the show when I return ‘across the pond’ to perform for the fans there.

And speaking of live shows will we ever you see in the UK any time soon?

Only GOD knows, but my bags are packed, and I absolutely must bring my own band & singers…. Have Voice. Will Travel!

Almost finally – what’s your views on the current soul scene… do you listen to any new music…. if so what artists do you really rate?

No Comment, because what they are calling Soul Music here in America is not Classic Soul Music!!!

Finally from the Montclairs to ‘A Better Man’ it’s been a long road…. where will that road lead to in the future for Mr Perry?

I want to continue to perform, but only in quality venues such as performing arts centres, vintage concert halls, and theatres. I don’t do clubs, which usually require two shows, but I will perform multi-night performances in a venue. I recently participated in a Google+ Hangout webinar hosted by Will Downing, and it was such a relaxing situation to be able to sit in my home, and share my views on the Art of Vocal Recording with a panel of superb vocalists – Lalah Hathaway, Avery Sunshine, and Will. It was well attended by 1400 fans, and there is a demand for me to do more of these with various panels. I was the ‘old guy’ on the panel with nearly 6 decades of recording experience. People seemed to like what I had to say, and it was a lot of fun. These webinars may be something I develop more through the years, as my desire and/or ability to perform begins to slow down. And who knows, at some point I may be invited to Oxford or Cambridge to lecture on the topic of vocal recording and performance. But wouldn’t it be lovely to be invited to the UK to perform for the Royal Family? Now you tell me, is that Dreaming Out of Season?

PHIL PERRY’S ‘A BETTER MAN’ IS OUT NOW ON SHANACHIE RECORDS. CHECK OUT OUR REVIEW