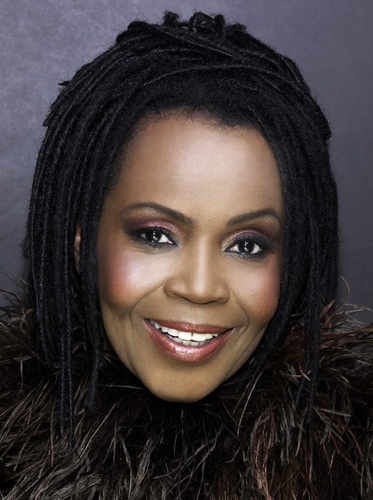 She was a little girl with a big voice who took London by storm in the mid-60s. Barely twenty, she was undoubtedly a stranger in a strange land, but was surprised by how the British took to her – and even more taken aback that as an unknown American background singer, she was able to launch a solo career and have hit records in a country where racial segregation didn’t exist. We’re talking about PP ARNOLD (pictured left by Gered Mankowitz) who, when she first set foot on English soil, was known as Pat Cole, and was working as an ‘Ikette’ on Ike & Tina Turner’s soul revue. Taken under the wing of Rolling Stones main man, Mick Jagger, and his manager and Immediate Records’ label boss,  Andrew Loog Oldham, the singer adopted the stage name PP Arnold, and scored UK hits in the shape of the immortal ‘The First Cut Is The Deepest,’ ‘The Time Has Come,’ ‘(If You Think You’re) Groovy,’ and ‘Angel Of The Morning.’

She recorded with Bee Gee Barry Gibb in the late ’60s and early ’70s for Polydor before moving into stage musicals (Jesus Christ Superstar and later Starlight Express) and session work (her credits during this period included Humble Pie, Nick Drake, Dr John, and Eric Clapton). In the late ’80s she scored a Top 20 UK hit fronting the song ‘Burn It Up’ for The Beatmasters and in the ’90s she worked with The KLF, ex-Pink Floyd man, Roger Waters, and the UK rock bands, Primal Scream, and Ocean Colour Scene.

No approaching her seventieth birthday, PP is still in fine voice and can be seen and heard alongside Manfred Man spinoff band, The Manfreds (featuring singers Paul Jones and Mike d’Abo)  and UK R&B legend, Zoot Money on the upcoming Maximum Rhythm N’ Blues Tour, which crisscrosses the British Isles this coming October, November and December.

SJF’s Charles Waring recently caught up with PP to talk about the tour and her career….

You’ve got an exciting series of UK concert dates coming up with The Manfreds and Zoot Money called the Maximum Rhythm N’ Blues tour. What are your thoughts about it and what can the audience expect to hear from you?

I’m looking forward to the tour and working with The Manfreds again. We toured together in 2004. We all go back to the ’60s. (Manfreds’ front man) Paul Jones and I did a lot of work when I first came to England back in the mid-’60s. We did a lot of work with Alexis Korner. We used to do concerts together. I remember the most famous concert that we did together was just so beautiful – it was a tribute to Martin Luther King, after he was assassinated, on the steps of St Paul’s Cathedral. I’ll never forget that concert. So Paul and I go way back and (ex-Manfred Mann singer, Paul Jones’ replacement in the band) Mike d’Abo, is lovely, just brilliant and all the guys are just lovely guys and wonderful musicians. I’m looking forward to that.

What about Zoot Money?

(laughs) I don’t think I’ve seen Zoot for about 50 years. I’m looking forward to being with him again because he’s a great musician and a really fun guy as well. It’s going to be great. I’m seeing those guys this weekend at the Windsor Festival, which we’re playing as well. So I’ll get a chance to talk to The Manfreds about exactly how we’re going to be doing the tour because I think they want to integrate me into the show in a different way than me just waiting backstage to go on and sing five songs. So I’m really excited as to how it’s going to be. I know it’s going to be great. I’m sure Paul and I will do the duet that we love doing, the Ike & Tina Turner song, ‘It’s Gonna Work Out Fine,’ and, of course, I’ll do the hits that people want to hear. And hopefully I can slip in some other stuff as well.

How did you end up in London? How did that come about?

I came to England with the Ike & Tina Turner revue. We came to support the Rolling Stones on their 1966 tour. Ike & Tina had ‘River Deep, Mountain High’ out. It was a big hit at that time and I just happened to be one of their Ikettes who came to the UK with them. While I was on tour I became close friends with Mick Jagger and Andrew Oldham, who was the Stones’ manager at the time. Andrew had just formed the Immediate record label and they invited me to stay in England and start a solo career. Even in my wildest dreams I had never even thought of that. In fact, I never ever thought of being in show business. So the unexpected has always ruled in my life and thank God it’s still ruling and blessing me with great opportunities.

How did the UK compare with what was going on back home? Was it really the ‘swinging sixties’?

It was most definitely the swinging sixties! I came out of the Civil Rights revolution in America into the rock ‘n’ roll, swinging sixties revolution of the UK. So it was totally different. It was integrated and it was like a whole different, open, cultural thing and so we were just really amazed at the music and the whole music scene and all the great musicians playing all the blues as well as all the fashions and all the art. It was just totally different from America and the segregated music scene that existed then.

You morphed into PP Arnold. How did that come about and whose idea was it to change your name?

Yes,  that’s right. Gered shot all those classic early PP images. We were having a brainstorming session at Immediate, Andrew, Gered and I, one afternoon. Gered had this idea of the initial thing. A lot of guys had initials, like O.C. Smith and B.B. King. Gered said, ‘how about PP Arnold?’ People would think that I was a guy and then I’d show up and be this little girl with this big voice. I was a little girl and very naive and I just sort of said, okay, without really thinking about it because I hadn’t really planned on being an artist in my own right and and I never really thought about what I would call myself. Probably if I had of, I probably would have called myself Patricia Ann Cole, which is my maiden name. But I’d just come out of a marriage to the father of my children who both had the name Arnold, and so because of my children, I use the Arnold name and that’s how it happened.

You are associated mostly with the song ‘The First Cut Is the Deepest.’ It was written for you by Cat Stevens and many other singers have covered it but your version is perceived as the definitive one by most people… What are your memories of recording that tune?

I have fantastic, beautiful memories. Mike Hurst produced that. I remember him chasing me around the room a lot (laughs) during rehearsals and everything… God! Yeah, it was just great, great memories. There was a big orchestra at Olympic Studios. In those days you could sing along with all of the musicians as the music was being created. It was a beautiful session at Olympic with all these great musicians but I didn’t know anyone or anybody at the time. Glyn Johns was the engineer on those sessions. What a blessing to be in the right place at the right time! Cat Stevens wrote that song and gave it to me and it came to me through Mike actually, who was actually producing Cat as well at the time.

The song is so well remembered and has stuck with you but do you find that it’s a bit of a burden for you sometimes?

No. I love it, it’s a beautiful song that I never get tired of singing. It’s just a beautiful lyric and that song described my life. It was what I’d been through. I had come out of this very abusive teen marriage but was able to survive all of that became this beautiful lyric. I have to be able to relate to a lyric. It’s so beautiful, every time I sing it. I never sing it exactly the same, because I’m a soul singer and that’s what we do you know (laughs). ‘Angel Of The Morning’ as well. All of these great songs that are part of my catalogue are blessings really.

What was it like working with British rock royalty back then? Mick Jagger, Steve Marriott, Ronnie Lane…

Fantastic, especially the Small Faces. Steve Marriott (of the Small Faces and later Humble Pie) was my soul brother who I really, really miss and I’m quite sure had Steve lived we would have done a lot more work together. We worked together at Immediate. I worked with them on ‘Tin Soldier’ and ‘Itchycoo Park’ and those things and they produced ‘(If You Think Your) Groovy’ for me. We toured the UK Europe together and then when Steve left The Small Faces and went with Humble Pie, I recorded with Doris Troy and Claudia Lennear as backup singers for the band. Steve was great, so talented and such a great guy. A lot of people couldn’t deal with Steve because he had a whole bunch of energy and I’ve always been quite hyper myself…

So you were kindred spirits were you?

Finally, what has been the biggest highlight of your career?

I would say the biggest highlight of my career was that period in the mid-’60s. Of coming from nowhere, being an Ikette and having the opportunity to learn the ropes from Tina Turner and being on the road with her and Ike and being a part of their musical greatness. And then coming to the UK and becoming PP Arnold, and like you said, working with Mick Jagger and being close friends with Jimi Hendrix. We lived right around the corner from each other so it was great having him as a close friend. With me, like him, coming to England from America, it was great having someone who understood where I was coming from….. Working with Steve Marriott and the Small Faces was a highlight and also working with Barry Gibb. There were so many highlights. Working with Roger Waters and working with Ocean Colour Scene, and no I’m working with Steve Craddock. I am so excited about the work that he and I are doing together right now. We’ve recorded about 15 tracks for a new album already and it’s great. Another highlight is going out on the road… so I’m constantly enthusiastic about my life.