STILL A SUCKER FOR LOVE – CURTIS STIGERS TALKS TO SJF 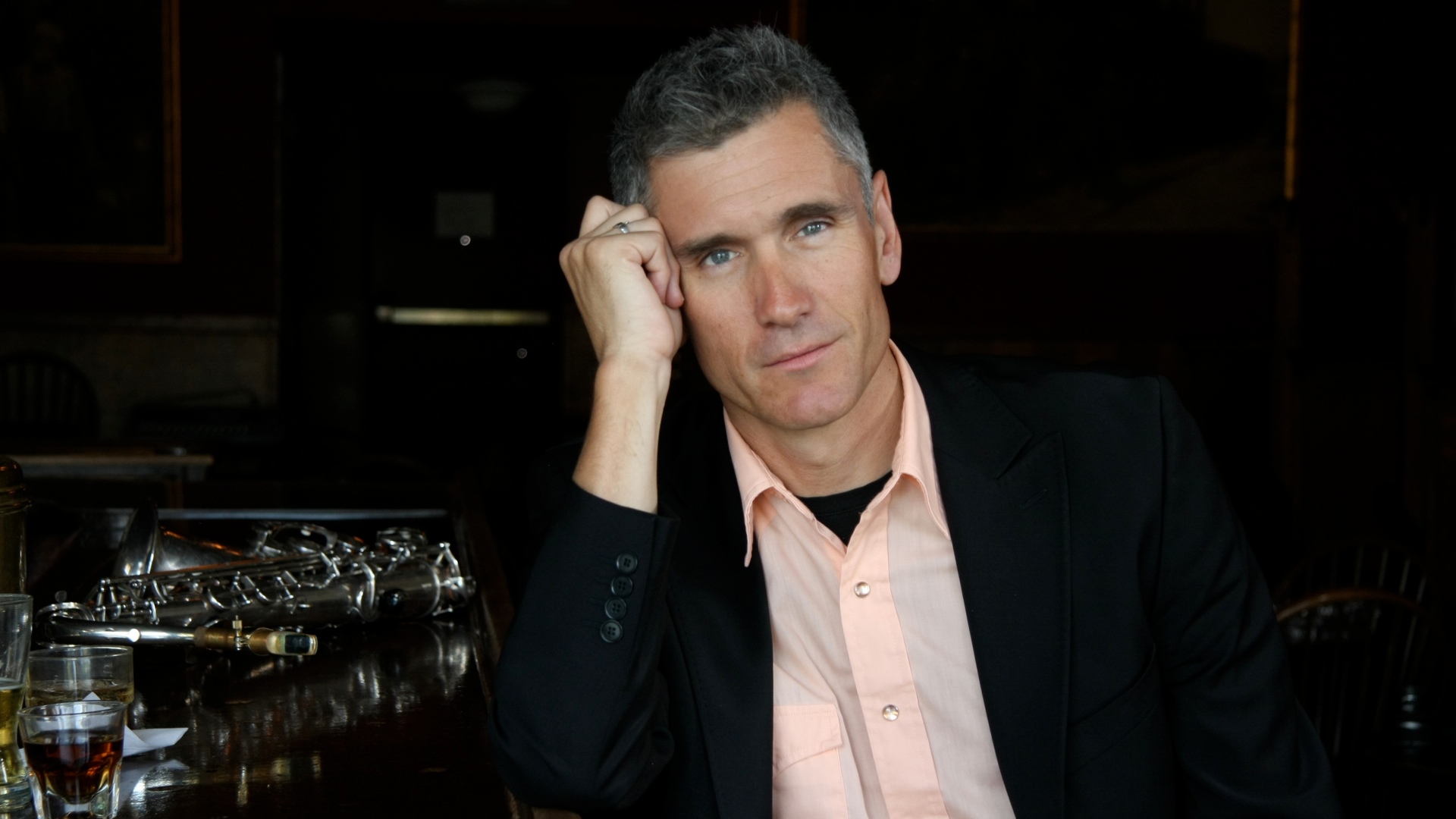 Twenty-two years ago, CURTIS STIGERS was a label mate of Whitney Houston and Aretha Franklin at Clive Davis’s Arista label and was making big waves in the music business as an international pop star. Then in his late twenties, the Idaho-born singer/songwriter scored a brace of Top 10 hits in the UK with ‘I Wonder Why’ and ‘You’re All That Matters To Me’ and recorded a version of Nick Lowe’s ‘(What’s So Funny ‘Bout) Peace, Love, and Understanding,’ which appeared on the bestselling soundtrack to the 1993 Whitney Houston blockbuster movie, ‘The Bodyguard.’ With his soulful amalgam of rock, pop and R&B, Stigers continued to notch up British chart entries until 1995, by which time the fickle pop public seemed to be losing interest in him. After two albums for Arista, a switch to Columbia in 1999 didn’t halt the commercial slide but in 2000, Stigers – then thirty-five – left to join the Concord label and successfully reinvented himself as a jazz crooner with a succession of critically-lauded albums.

Now 48 – and still signed to Concord, his recording home for the past fourteen years – the singer returns with a new album, ‘Hooray For Love,’ which finds the Boise native taking on jazz standards as well as penning some new material himself. It’s a bright, romantic record and contrasts acutely with his last album, 2012’s ‘Let’s Go Out Tonight,’ which was angst-ridden and soul-searching and coincided with the break up of the singer’s marriage.

Recently on promotional duty in the UK, SJF’s Charles Waring caught up with the singer following his performance at the Hop Farm festival in Kent and just before he was about to go stage at East Sussex’s Love Supreme jazz festival…

You played the outdoor Hop Farm festival yesterday – how was it as an experience?

It was interesting (laughs). I enjoyed it for reasons you wouldn’t probably imagine. The show was fun because the audience, they really liked us, but it was loud. These festivals are odd because you’re outdoors, and you can hear the other bands as you’re playing to an audience. James Blunt was very loud from across the way (laughs) but I made the best of it and made some jokes about it but backstage was really fun because I met Glenn Tilbrook from Squeeze. I’d met Chris Difford, who I’d known from before and asked him to introduce me to Glenn Tilbrook. I tweeted about this, saying that I didn’t faint, which was good because these guys were my heroes when I was younger and they’re still my heroes. But anyway, that part of it is really interesting; the festivals, getting to meet some new folks and see some old friends. That’s always a lot of fun and we just played a little louder than normal.

You’re performing at the Love Supreme jazz festival today. Is there anyone on the bill there that you’re looking forward to seeing?

Gregory Porter is someone that I know a little bit. I’m not sure if he’s here, though, tonight, that’s the problem. It’s always different people on different days and at different times. Jamie (Cullum) is also a friend so I would have loved to have connected with him but I’m not sure if I’m going to end up seeing anybody. Christian McBride is amazing too if I can get a chance to catch a minute or two of that. He’s an amazing, amazing bass player. There are some cool people here.

You’ve got a new album out, ‘Hooray For Love.’ What’s the story behind it?

Well, I set out to make an album entirely of happy love songs. My last record was very dark. I’d just come off my divorce. I was married to my now ex-wife for 22 years and I was a mess. I’d been sad for a long time so I was broken and I made her an album that was broken, although I’m very proud of the album and think it’s one of the best things that I’ve done in my career. But it was dark (laughs). It was kind of hard to listen to, I think. I’m on the other side of that now: I’m happy and I have fallen in love again. It’s a different life and it’s not the life that I expected to be having, but there is life on the other side of heartbreak so I decided to make a record that reflected that, this part of my life. So that’s what I set out to do. There are actually nine happy love songs and one kind of dark love song (laughs). I never can completely get away from the sad songs so I recorded ‘You Don’t Know What Love Is,’ which is a love song about love that can’t actually be.

Was that previous album, ‘Let’s Go Out Tonight,’ a cathartic process for you then?

Well, certainly, yeah, and what’s funny about it and what’s interesting about is that I didn’t write one of the songs. It’s ten songs written by other people – people that I admire – because I’m not so good at writing myself out of a dark place. I tend to write about that sort of stuff later on. I tend to be able to look back and create stuff and find lyrics to write about that stuff whereas when I’m in the middle of it it’s basically broken down creatively in that regard. A lot of them were songs that I’d been thinking about recording for years but even songs like ‘Things Have Changed,’ the Bob Dylan tune, was one that I never thought that I would relate to as a singer. Then as I started singing it in the studio I thought oh my God, this is close to home. So yeah, it was cathartic, it got me through it. It was really nice to sing those songs after having recorded them going around the world and singing them. It did sort of put it at arm’s length, that pain, and helped me through it. I look at it that way.

The whole mood now on this new album is very much optimistic and joyful, isn’t it?

The title song, ‘Hooray For Love,’ which you co-wrote, almost sounds like it could almost be a standard…

Thank you. Well, that was my hope. I wanted to make a whole album that had a certain old-fashioned innocence to it and wanted to find a way to emulate those great sorts of jazz/pop records from the 1950s – a great Nat King Cole record, or a great Doris Day or Blossom Dearie record. I wanted to sort of channel that part of me because I come from a lot of different places musically and that just happens to be one of the areas – and one of the eras – I’m really fond of. I’d gotten an e-mail from a friend who’d heard that I was seeing someone again after being so broken up for so long and she signed off the letter, hooray for love, and then she wrote her name and I thought what a great title. So I wrote the song and then recorded the album and named the album after that and then I googled it and realised that it had already been written: the title had already been used before. (Laughs). It’s an old kind of standard and Ella (Fitzgerald) did the one kind of well-known version of it. ‘Hooray For Love’ doesn’t sound anything like it but just has the same title and luckily you can’t trademark a title so I got away with it (laughs). I thought: “Oh shit, I’ve stolen the title” (laughs).

I think so, that’s the way to look at it. Exactly.