SOUL ON THE RUN: The Tanika Charles Interview 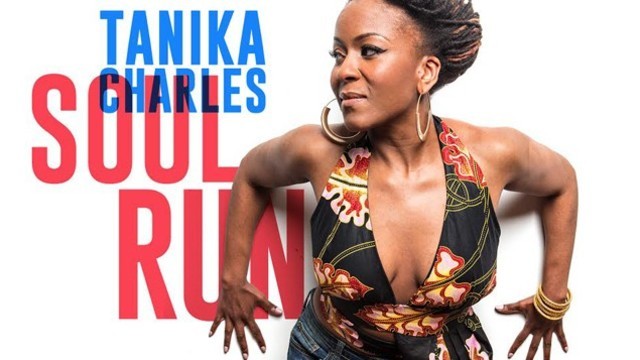 Last year the soul community got to know about Toronto-based soul singer TANIKA CHARLES via a lovely ear-worm of a tune, ‘Endless Chain’. Investigation revealed that the cut came from her album ‘Soul Run’ – issued on her own label. Well now that album has been picked up by European label Record Kicks and, hopefully, a wider audience can get to know ‘Endless Chain’ in particular and Ms Charles’ talent in general! With Tanika on the threshold of greater recognition we felt it was time that we found out more. Meeting up, we started by wanting to know about her back ground and how she got into the crazy world of soul…..

I was born in Toronto and raised in Edmonton, Alberta. Growing up, we listened to a lot of music but JAZZ (my father’s favourite) was at the forefront. Spyro Gyra, Bob James, George Benson, George Duke, those were my initial inﬂuences. Then later Earth, Wind and Fire, The Gap Band, Zapp and eventually transitioning to more current hip-hop and R&B. I used to love singing Whitney Houston and Mariah Carey. Well, mostly harmonizing … those two are vocal BEASTS! Patti Labelle and Millie Jackson are my absolute heroes though. Millie with her raw and crass lyrics, Patti with her insane range and ability to maintain on stage when everything falls apart! This may sound cliché but music has the incredible ability to reach and touch us in so many ways. I truly enjoy SINGING – A career in singing was the last thing on my mind. I wanted to be a comedian or an actress!

OK, so when did you change your mind and decide to make a career from music?

I was living on a farm in Edmonton (long story) and watching a TV show about this band named Bedouin Soundclash. For some reason, I couldn’t take my eyes off the television. I was just sitting there, while making and BURNING dinner, determined to meet them. I wasn’t certain how, but something told me I’d be working with them. A couple months later, a girlfriend of mine called me from Toronto and said that Bedouin were holding auditions to sing BV’s and I should ﬂy down to try out. So, I did. And got the job. Decided to use that time to hone in on my skills and get comfortable on stage. Once we were off tour, it was on!

Is ‘Soul Run’ your ﬁrst album then?

‘Soul Run’ is my ﬁrst full length album. I previously released an EP called ‘What? What! What?’

How was it put together?

‘Soul Run’ is comprised of work with a few of my favourite producers in the Toronto. All of whom I met over the course of several years. A close friend of mine, Matt ‘EMDEE’ Reid, approached me with a song that he produced and he called it ‘Soul Run’ which I thought was a ﬁtting title for the album as I experienced a lot of life prior to where I am now. Eventually I’d meet Slakah the Beatchild. He is an incredible producer and when we discussed the vision I had for the album, he understood what was required. It took a REALLY long time to produce this album. Scheduling, writing, re-writing, ﬁnding producers, collaborating, adding instrumentation, mixing, all while trying to stay sane. There were several moments where I thought for sure this project was going to kill me!

I believe it was available last year on your own label….. Now it’s out on Record Kicks… tell us about that….

Yes, we did all the ground work. We put it out ourselves within Canada with a modest push, and that made enough noise to spark interest in Italy. Now in comes Record Kicks with the ability to get the music out to new audiences way beyond our initial reach. It’s been wonderful having their weight behind the project.

The press release suggests that the album is a musical manifestation of your own personal emotional journey… is that right? Would you like to tell us more about that?

Long story short, I was in an emotionally suffocating relationship and most of these songs basically revisit my experiences before, during and after that period of my life. It was literally my soul running away from all that anxiety and tension.

You say your favourite song on the album is ‘Darkness And The Dawn’… why is that?

I wrote this song on a plane home from a much needed mental health vacation. At that point, I realized that everything will be ok. You need to work through your pain, eventually, it’ll stop hurting. And when that happens, you’ll feel whole and strong again.

In the UK (at least) the song that winning all the attention is ‘Endless Chain’ tell us about that one… what kind of feel were you aiming for?

This song is also a favourite of mine. It’s sweet, it’s fun and it feels good. I was happy when it was written. I’m still happy, by the way. 🙂 It was nice to have all the guys providing the chorus backups too. …

…. and am I right in thinking that on cuts like ‘Two Step’ and ‘Love Fool’ you were aiming for a Northern soul or classic Motown feel?

The entire album was meant to have a classic Motown feel but with a modern sound. We may have veered a bit with ‘Darkness and the Dawn’ (which is why it’s the last track on the album) but it’s always nice to add variety.

They’re very different to tracks like ‘Heavy’…. so how would you describe your music?

Hmm..I thought that ‘Heavy’ was cohesive with the rest of the songs! Well actually it did began a little more like a hip-hop beat that morphed along the way as more dynamic instrumentation was added. My music is whatever genre one wants to box it in, but I think it’s soul ﬁrst and foremost.

So what next for Tanika Charles?

Just hitting the road and touring ‘Soul Run’ as much as possible for the rest of 2017, as well as putting the pieces together for next year’s album. Maybe a little more acting in between.

And how can we ﬁnd out more?

Just go to www.Tanikacharles.com for all your family needs.