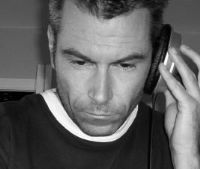 One of UK soul’s most gratifying stories of the past 12 months has been the success of SOUL UNSIGNED. The concept – it’s much more than just label – was set up by PHIL DRIVER in late 2007 to provide free support to unsigned and independent soul artists through a website, radio show and then a record label. That weekly radio show now airs on numerous FM stations around Europe, including Kiss FM in Sweden, Exite FM in Spain, and QFM in Tenerife. The SOUL UNSIGNED compilation CDs regularly feature in soul music charts around the world, and they get consistently good reviews on all the main review websites, magazines and soul music forums. www.soulandjazzandfunk.com thought the time was right to track PHIL down to his Cambridgeshire lair to try to discover the secret of his success. But first, naturally, we wanted to know where his soul crusade began….

I got into soul music at an early age, in 1975, when I was just 12 years old. I started listening to the commercial stuff first, like Diana Ross and Donna Summer, but then quickly got interested in the great bands of the time like Earth Wind & Fire, Brass Construction and Fatback. I’ve been collecting soul music ever since. Then around 2000 I grew tired of the copycat releases that were coming out of the major labels and I really wasn’t buying (or even listening to) a lot of new soul music any more.

So SOUL UNSIGNED was a way to combat that musical boredom?

In a way … but first to try and find some new music to listen to, I started trawling through the then recently launched unsigned band websites like soundclick.com and mp3.com. This was just as the MP3 thing was kicking off, and before Myspace really became popular for music. The unsigned artists that I found on those websites reminded me of the bands that I had admired in the 70s and 80s. Those old funk bands didn’t have the record label breathing down their neck all the time, dictating to them what and how to play, and it was quickly obvious to me that the unsigned artists of 2000 were enjoying that same kind of creative freedom. On the early unsigned scene, most artists were offering free downloads of nearly all their music, just to get it out there to the public, so I quickly created very a large collection of quite obscure tracks. In 2007 I contacted Keith Renton and Tony Monson at Solar Radio and suggested the idea of doing a show featuring just unsigned artists. I did a quick 1-hour demo for them and they agreed to let me do a pilot show. From that pilot, I got a regular monthly slot.

How did the label come about then?

Well, it was an obvious extension to the radio show. I envisaged a label on which I could release compilations featuring music that I’d played on the show. So in early 2008 I set up Soul Unsigned Records and released a couple of 4-track CD EP samplers, just to test the water. The EPs weren’t a great financial success, but they allowed me to learn the basics of running a record label, and they also helped me to start building up a good contact list, which is essential for successful promotion of CD releases.

When did EPs become LPs?

It was September 2008 … Soul Unsigned released its first full-length compilation called – imaginatively – Soul Unsigned Volume 1. All the groundwork that had been done with the EPs quickly paid off and it was clear that we had a product that had a real potential in the market. Volume 2 followed in April 2009. In spite of the success of Volume 1 and Volume 2, and notwithstanding the great feedback that both releases received, it was also clear that not everyone on the modern soul scene “got” the varied nature of the music on those first two compilations. Both albums contained a real mix of styles, from modern soul, to nu-soul, to jazz and jazz-funk. And even some disco too. This was all quite intentional, as I wanted the compilations to reflect the varied nature of the music I feature on the radio show. I also felt that some of the established labels had become a bit too complacent, or simply weren’t prepared take risks any more. They were effectively just churning out compilations full of sound-alike tracks featuring a small selection of “safe” and “known” artists.

But then you released a compilation of more established artists – why?

We believed that Soul Unsigned needed to complement the “unsigned” series with a new series of compilations that would focus on a narrower range of genres. So, yes, in July 2009 we released The Contemporary Soul Songbook Vol 1, which featured mainly down tempo modern soul. The album was very well received and has given us access to DJs, radio stations and review websites that had shown little or no interest in the “unsigned” series. The compilation has also opened various other doors in the more commercial world, outside the soul scene. But Soul Unsigned hasn’t abandoned the “unsigned” series. Quite the opposite; Volume 3 has just been released, and work is due to start on Volume 4 next month. But we can see that the future prosperity of the record label will rely on us increasing our release schedule, broadening the range of music that we feature on the compilations, and offering a choice of soul music compilations to suit all tastes.

You’ve just hinted at where you hope to go, but what other plans can you reveal?

Well, the monthly Soul Unsigned radio show no longer airs on Solar radio, but we have a weekly 1-hour version of the show which goes out on various FM stations in Europe, including Exite FM (Spain), Kiss FM (Sweden) and QFM (Tenerife). We’re hoping add yet more FM stations in 2010. Then, as for the record label, the first half of 2010 will see the release of Soul Unsigned Volume 4 and The Contemporary Soul Songbook Vol 2. I’m also in advanced negotiations with several high-profile DJs to release their debut compilations on Soul Unsigned Records. If we can find the right material, and the economic conditions are right, I’m also hoping to start releasing artist albums in 2010 as well. Further into the future, a natural progression from the record label and the radio show will be artist promotion and maybe live/gig promotion too. But that’s some way off at the moment. Essentially what we want to do is make that music more accessible, and to also take the awareness of that music beyond the confines of the hard-core soul community.

The SOUL UNSIGNED series of albums is still currently available – see our review pages for full reviews…. And for much more information go to www.soulunsigned.com