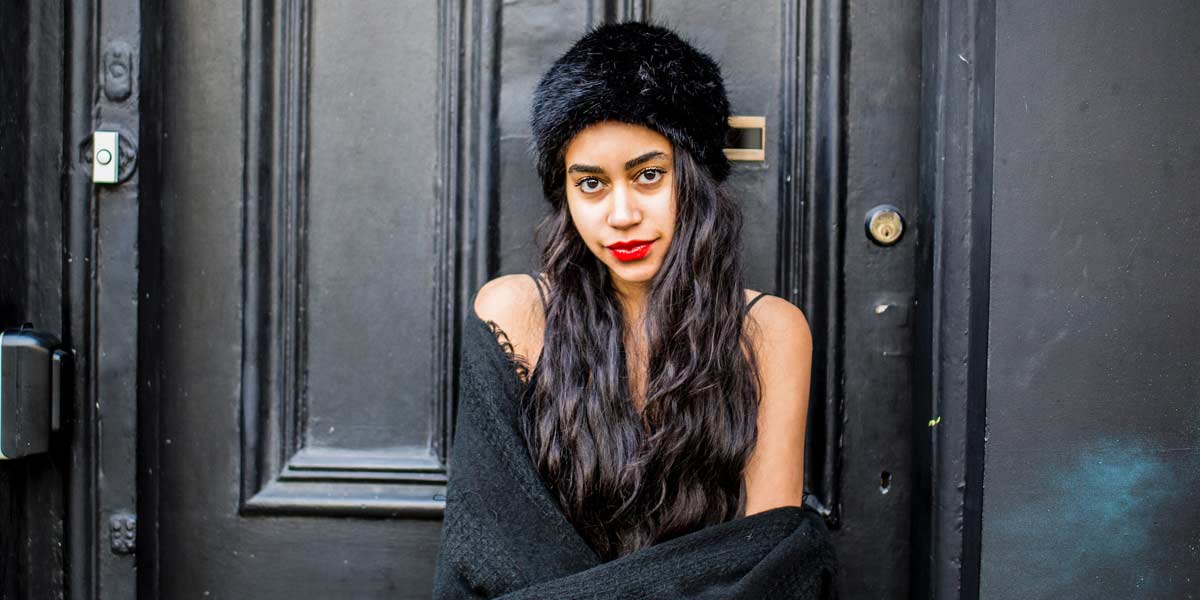 From the city of Roanoke in south west Virginia you can clearly see the smoky-hued Blue Ridge Mountains which encircle it, rising majestically in the distance. It provides a picturesque rural backcloth that contrasts with the high-rise urban structures and shimmering neon signs of a busy modern American metropolis that boasts one of the best concert halls in Virginia – the Jefferson Center, a former high school converted into a state of the art performance space that plays host to classical, jazz, and pop concerts. It was there in 2007 that a fourteen-year-old schoolgirl called Judi Jackson who dreamed of being a performer – herself a Roanoke native – had a serendipitous meeting with jazz trumpet maestro, Wynton Marsalis, after a show he did.  “I met him there and he sent me some music afterwards,” recalls the young singer, now 24, who has since relocated to London, a mere 3,800 miles away from her hometown. Wishing to encourage young Judi’s aspirations to be a singer, Marsalis mailed a collection of music to her as a Christmas gift and it transformed her life. “He really changed the way that I heard music and thought about music,” she reveals. “I studied it academically and really intensely. I learned about Billie Holiday, Sarah Vaughan, Miles Davis, Mahalia Jackson, and lots of lovely artists.”

Seven years after that – on January 31st 2014 to be precise – Judi, then 19, actually got to perform at the Jefferson Center in the Shaftman Performance Hall alongside US jazz/funk/soul aggregation Snarky Puppy. She performed who own song, ‘Only You,’  accompanied by the band’s leader, Michael League, on acoustic guitar, and keyboardist, Bill Laurance. But being something of a restless soul, eventually Judi’s trajectory took her to the United Kingdom, where she now lives. She’s about to launch her career as a recording artist with a classy 7-track EP called ‘Blame It On My Youth.’ It’s been causing quite a stir in soul music circles thanks to the killer track, ‘Worth It,’ which has already notched up 40,000 hits on Spotify. It’s a real earworm and features Judi’s beguiling ethereal vocal floating on an irresistible, Maxwell-like groove driven by a sinuous bass line.

‘Worth It’ is a song written from personal experience and whose theme is perseverance and hope triumphing over despair – ultimately, a case of love conquering all. Explaining her song’s message, she says: “I struggle with social anxiety sometimes and it’s something that people don’t always want to talk about, because they’re ashamed. They think they’re alone and they’re the only ones that feel that way but I know that there are other people that are dealing with it as well, so I’m curious to just put this song out there to support each other and say love will keep us hopeful so keep going, it’s worth it; you’re not alone and you can make it.”

Judi sees music – both listening to it and creating it – as a conduit for a soul-cleansing cantharis. Or simply put, therapy, if you will.  “It’s definitely good therapy – and I would hope that I’m not that selfish in my endeavours and that it’s also therapy for others as well,” she states.

A key contributor to  the EP’s neo-soul-esque sound and production was a young Englishman, George Moore. “Coming into London and being new here, I met George and he was incredible,” reveals Judi. “We had a lot of writing sessions together before we went any deeper and brought anyone else in but he introduced me to a lot of the guys playing on the EP. Everyone’s from the UK except for Rachel Cohen, who’s playing saxophone (on ‘Like A Fool’). I met her actually on the street in New York City outside of a small jazz club. She’s lovely and I wanted to have her on it, but everyone else George Moore, the producer and co-writer of some of the songs, were all incredible as humans and musicians. They came in and smashed it – and I couldn’t have been happier.”

The EP’s title takes it inspiration from the jazz standard, ‘Blame It On My Youth,’ written by Oscar Levant and Edward Heyman in 1934. It’s been much-covered over the years, with everyone from Nat ‘King’ Cole and Frank Sinatra to Jamie Cullum and Aaron Neville taking a stab at it.  “The lyrics to that classic song resonated with me deeply and cut to my heart and penetrated my soul,” gushes Judi. “I think it’s lyricism is beautiful. Carmen McRae’s version I absolutely adore. I heard it at a friend’s house in upstate and when I heard her singing it, I just loved it.”

Another highlight of the EP is the closing song, ‘Still,’ a meditative but ultimately uplifting beat ballad with a strong spiritual message and a jazz undertone. It’s a very personal song for the singer as it features towards the end some close relatives speaking. “That’s actually both of my dads,” says Judi. “I’m adopted. My biological father, ‘Pops’ Edward Jones,  is reading a letter that he wrote me and my adoptive father, Father ‘Ogun’ Lonnie Jackson, is reading Psalms. So it’s supposed to be like an overlapping outro montage of thoughts and feelings and emotions.” In the song, Judi’s biological father – “he’s a scholar as well as a musician, and used to study the African gods and goddesses” – addresses her as Makusa. “She’s the African goddess of wandering and spirituality,” explains Judi. “She’s also very nomadic, an that’s a feeling that has definitely been with me my whole life.”

What she can’t – or doesn’t wish to explain –  is her own music, which she says she is unable to describe to someone who is unfamiliar with it. “I hate doing that so I would try to avoid the question,” she laughs.  “In all honesty, I don’t know how to because I’m influenced by so many different styles and so many genres and so many different experiences that I don’t want to limit myself and limit someone else’s ears to what they hear.”

In terms of her musical inspirations, Judi’s influences are wide, eclectic and varied. “Definitely Sade, Erykah Badu, Maxwell, and Joni Mitchell,” she says. “And I love seventies stuff, the production and singing. I also love playing Bob Dylan on repeat sometimes – especially his song ‘Don’t Think Twice It’s All Right.’ I love his message, lyricism and storytelling.”

Judi was exposed to music at an early age. “My father’s a conga drummer and my mother’s a pianist,” she discloses.  “I grew up in church singing and doing acting roles, theatre roles, and musical theatre roles in school, where I had to sing.” She adds: “I chose to sing as an escape from what was a really interesting childhood but I would never have had it any other way because it made me to be the person that I am.”

The reaction to the EP so far has been encouraging. Says Judi: “It’s been really great response from my family, which matters, and from some of my really respected mentors in the music industry, like Michael League of Snarky Puppy, who I played with in the Jefferson Center. I just sent it to him and said hey, let me know your thoughts, because I had listened to it so much one point that I needed a different set of ears on it. He said, ‘it’s really beautiful stuff, Judi, and I absolutely love it and I’m proud of it – I’m proud of you,’ and then he said, ‘fuck anything that pollutes the art’ and I will never forget that. I try to live by those words every day.”

Judi is scheduled to appear at London’s Camden town venue, the Jazz Cafe, in February, but she won’t be performing her own music. Instead, she’ll be presenting a show called ‘Little Girl Blue’ based on Nina Simone’s music. “She is an incredible inspiration for fearlessness and strength,” says Judi, describing what Nina Simone means to her. “She possessed an incredible amount of aggressiveness – and I don’t mean that term in a bad way. Women are often noted as meaning to be docile or fragile but she was strong and fierce and I love that. I love to lead and have a certain amount of strength and fearlessness within my music; politically, spiritually, and in life. Nina Simone did that and went to places that no one has ever gone before or will ever go to again. If we could only tap into a bit of that, the whole music scene would be stronger.”

So, is the music on the EP hinting at the shape of things to come? Is there a full album to follow?  “We’ll see,” says a slightly non-committal Judi, who is waiting, one suspects, to see the lie of the land first before revealing her next move. “Hopefully. I have a lot of music that I’ve written and we’ll see what I put out next. I’m just taking it day by day.”

Watch Judi’s video for ‘Worth It’ here: