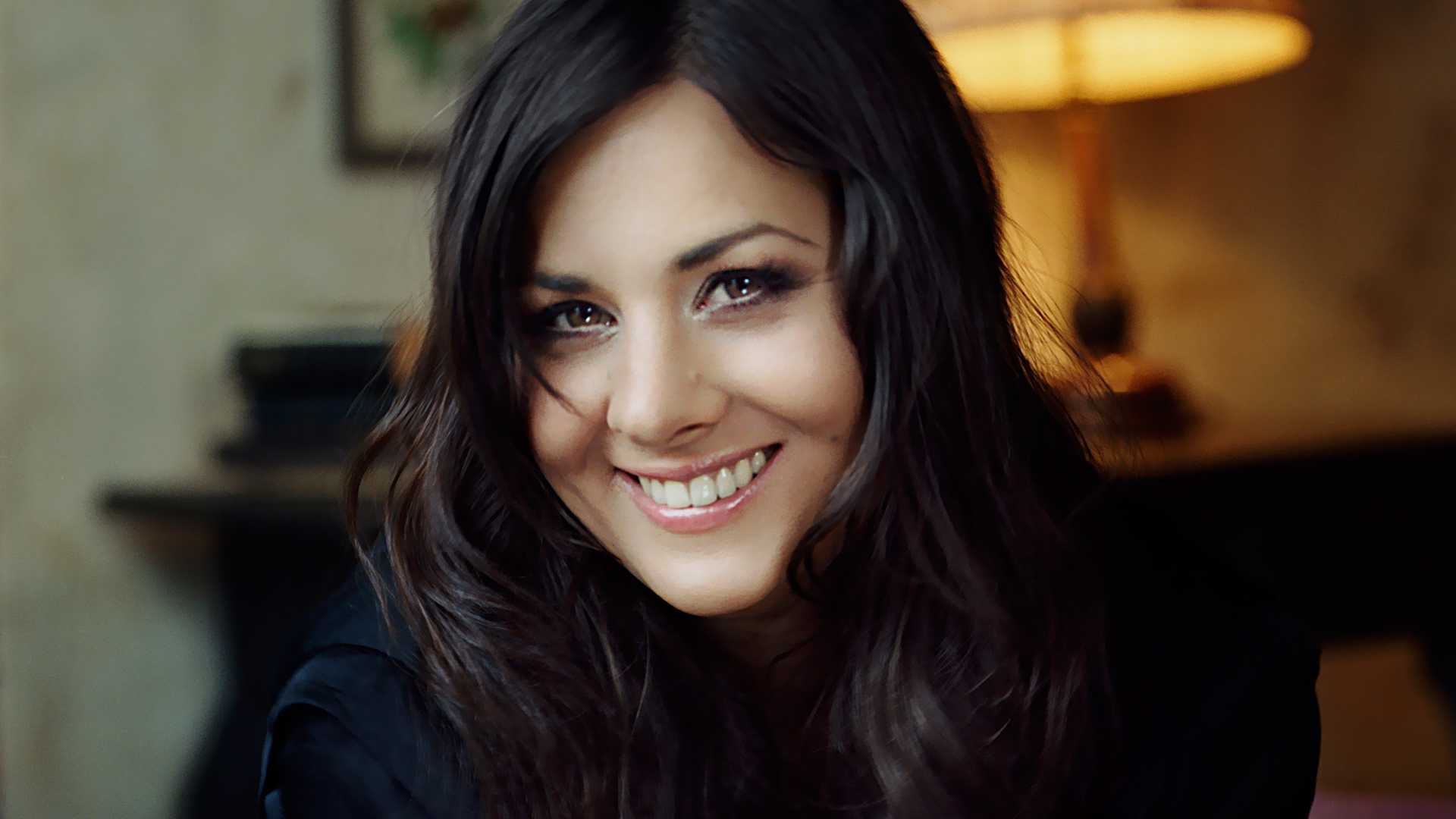 Your second album, ‘Boys Don’t Cry,’ focused on ’70s songs by male songwriters. Is the ’70s a favourite period for you in terms the music that was produced then?

I think it was just the age of the singer-songwriter so I think that I gravitate a little bit towards that just because of all those volumes of great works but I like the ’60s too. I just think it got a little bit less twee in the ’70s. I don’t think of it in terms of decades. It’s just a style and approach that I’m attracted to.

Going right back, do you remember what it was that first attracted you to music in the first place?

I think it was just natural because all my family were musical. My mum played the guitar and there were guitars lying around everywhere, and music stands and microphones. There was musical equipment everywhere so I didn’t have a chance not to be interested in it, I suppose. I was on the microphone at five-years-old standing on a box.

When did you start writing your own material?

(Muses) When I was young and didn’t understand what lyrics meant I used to make them up because I didn’t know what the words were. They were too adult or difficult to understand so I’d make them up. Sometimes I would make up the chords too. So I was always trying to play a song with a guitar but I couldn’t read music and I didn’t really understand some words, so I started filling in the gaps and making things up and thought it was okay. I didn’t write any things that were any good till I was about eighteen or nineteen.

What circumstances led you to sign with Atlantic/Warner back in 2010?

For years and years and years I’d been trying to get a record contract and no one was interested. I was singing ‘Slow’ on a stool for years with my guitar to A&R men who’d leave out the back door to avoid having to talk to me. I kept going and going and going to the point where it was ridiculous but I think that’s part of the initiation of it ‘cos when you actually get through the door, the journey from that point is so unbelievably hard and tough it kind of separates the men from the boys, if you know what I mean. If you’re still in the game you might stand a chance of going into the long haul. It’s hard to explain to people but it’s pretty hard going but mainly that was down to the manager at the time having the right connections because he was good at getting the deal. He got me the deal and Warner was the only label that was interested, even though we tried to pretend that other labels were interested…

(Laughs). Which no one was. So I didn’t hesitate, even though my manager at the time said maybe we should take this to other labels. I was like no, this is a sign. This will do. (Laughs). Let’s just get on with it. It was fine and then they took me out to dinner and they were charming.

I made the album before the deal. That was the thing, I had to make the album before I met anyone. Me and Steve made the album by ourselves. It was finished. The thing is, I sat playing ‘Slow’ and these songs for many years and it was like no one cared and I had to finish it. Like so many works of art, you have to finish it yourself to show them that this is it from start to finish so they get it. So the whole thing was finished and the only thing Warner did was mix it. I did everything over a three-year period around my full-time job, one day a week.

What’s in the pipeline after this album? What would you like to accomplish in the future?

Well, I’ve been asked to do a Bacharach and David songbook album and after that I’m going to write more of an acoustic album. More personal and a bit more private.

Do you write mostly on guitar?

I do, yeah. ‘Into Colour’ was great because I really enjoyed collaborating. I’d never collaborated before, not really, because on ‘Seasons’ I pretty much wrote everything and Steve wrote piano and a couple of songs but that was an arrangement thing rather than a collaborative thing. So I was curious about collaborations and you learn a lot from it. Also, on ‘Seasons,’ I was so determined to prove that I could do it by myself because there’s all this kind of “oh, here’s another girl singer who’s got some guy writing her songs with her” thing and I was determined not to be that girl because I knew I could do it myself and had more to prove. I was determined and actually was quite defensive, like saying “no, I don’t want to write songs with you.” So ‘Into Colour’ was nice because it was like “yeah, let’s write a song with Sophie (Delila), or Rick (Nowels), or Stephen Bishop” though I think that people generally prefer the songs that I sit and write in my bedroom on guitar. But still I think ‘Into Colour’s’ beautiful and it sits beautifully in the collection with its moods.

What’s been the biggest highlight of your career?

There’s lots of cool stuff. I think playing for President Obama with Burt Bacharach at the White House. It was terrifying but now in the rearview mirror, I’m really proud of myself doing it. Going live on Darryl’s House and meeting Daryl Hall, that was awesome. One tour we did in America, it was a bit of a budget tour and the drummer was driving the van and we had a lot of fun on that trip.

RUMER’S NEW ALBUM, ‘B SIDES & RARITIES,’ IS OUT ON SEPTEMBER 4TH VIA RHINO/NIGHT OWL.