RON’S RECIPE FOR LOVE… THE INTERVIEW 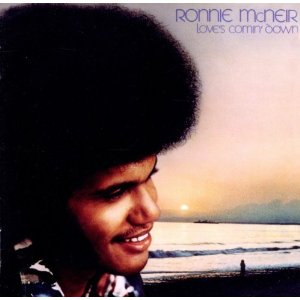 Sweet soul stylist RON TYSON has been a key part of the TEMPTATIONS for 27 years. His distinctive falsetto is an integral part of the group’s sound, but just as the TEMPTS embark on their annual tour of Europe and the UK, RON has launched a solo album – ‘Recipe For Love’. It’s not the genial Mr T’s first solo album. A couple of years back he tried his hand at a Christmas set but ‘Recipe’ is his first “proper” solo soul collection. Before RON left for Europe with the “Emperors Of Soul”, SJF caught up with him to find out more. We began by wondering why someone known as a team player (THE ETHICS, LOVE COMMITTEE and THE TEMPTATIONS) has suddenly decided to go down the solo road….

Simple really – I just wanted to do a little side project. I’m always writing songs and music is in my blood. It’s always special to do what you love to do. No departure from the group. My first obligation is to the group. My solo projects are done in my free time. I’m looking forward to doing several more CDs.

Tell us how ‘Recipe For Love’ came together…. and why bring PRESTON GLASS in as producer?

Aside from PRESTON GLASS being a producer he has become a very good friend. We were introduced by a mutual friend who saw us as guys who could possibly write songs together. We met and we clicked musically. Once we became acquainted with one another, we started working and writing together, one or two songs lead to three or four…Before we knew it, we had completed a RON TYSON CD and the rest is history…. Now we have a partnership and a record label and we look forward to seeing what the future holds for us.

How did you get FREDA PAYNE to duet on the track, ‘Before The Real Hurting Starts’?

I knew and always respected FREDA as an artist but I did not know her personally…PRESTON knew her and has worked with her on many occasions. In our search for the perfect female to do a duet with, we went through several names of whom we thought would make a good combination to sing with. We talked it out and felt that not only would she be great to work with, she’s a legendary talented singer and it was an honour to work with her. It all worked out perfectly, we had the perfect song and ended up with a great duet.

Two of the most “immediate’ cuts on the album are the swaying ‘Got My Swagger Back’ and the ballad ‘Lonely Doesn’t Live Here Anymore’…. both have a lovely THOM BELL/ SPINNERS/ PHILLY SOUL feel about them… was that intentional or just a subconscious throw back to your days with LOVE COMMITTEE?

PRESTON was a protégé of THOM BELL’S…. he’s been around THOM since he was 16 and he knows him well and always idolized him and his style. So it’s no surprise that there’s a little THOM BELL/PHILLY sound going on.

I would like to see it become a great album. I would like people to listen to it and get a lot of joy and pleasure from the songs. It’s an album that we wanted to bring back the romantic feelings of LOVE on. It’s almost a lost art in R&B songs. We’ve lost so many of the R&B singers, the kind that would sing about LOVE. This CD is a CD everyone across the board can listen to. We seem to be losing the romantic days of love songs and hopefully, with this CD, we can bring back the flow of the romance and love in music. We’re trying to keep love alive!

How will you manage to fit in a fulfilling solo career along with being a member of the TEMPTATIONS – how do the others feel about it… especially OTIS?

OTIS is very supportive and loves the CD…He congratulated me on it. THE TEMPTATIONS come first. Whatever I do as far as solo stuff, I do when the group is off and I am free. I don’t let anything interfere with that. If a booking were to come in and I’m off the road, I’d be receptive to the opportunity.

You’re coming to Europe soon with the Tempts – what will the show be like this time around? Can we expect any new material or new routines?

We’ve changed lots of things since we last came abroad. As always we have high energy and entertaining show. Our show is not one dimensional; we are not standing in one place and singing…. We ENTERTAIN you. It will be a wonderful experience for people who haven’t seen the group before and for those who have seen us before, they know what to expect, Bring your dancing shoes!

Some unsympathetic critics say that recent incarnations of THE TEMPTATIONS (and the 4 TOPS) are little more than “tribute acts” – being as they only have one original member – how would you counter that suggestion?

One thing about opinions… everybody has one. So if that’s what someone believes, that’s their right… We know what type of act we are. We don’t go out thinking as a tribute act. For both groups (TEMPTS and TOPS), that one original carries the original name. We are not a tribute act…. Tribute acts don’t have any original members…so sit back relax and let us entertain you.

What’s the secret of the TEMPTS’ ongoing, long running success? And what would you say was the group’s most enduring song? Which bit of the show do you enjoy most?

We’re still an act that people want to see…for a lot of people, it brings back great memories…the five man group or the vocal group itself is almost non-existent…. You have a hand full of actual groups … we are the last of a somewhat dying breed…we’re glad to be in the vision of people so they can see us and hear us…. That has a lot to do with us still being here… and we try to stay in shape to keep being able to do a high energy show. And the fact that we sing some great LOVE songs is a plus as well. The songs we sing are classic, they don’t write them like that anymore.The group’s most enduring song is ‘My Girl’ … That’s THE TEMPTATIONS’ national anthem. Whenever we sing ‘My Girl’, our audience goes crazy. My favourite part of the show is in the middle of the show during the audience interaction when we sing ‘Just My Imagination’. I love interacting with the audience.

What can you remember about your days in Philly with LOVE COMMITTEE?

I remember recording and being able to be in the studio. Those days were fun loving times because we were able to record….Everyone wanted to make records…and luckily, the circle I travelled in afforded my group the opportunity to record…. I will always cherish the memories of being able to fulfil my dream.

You’ve had a long and distinguished career – what’s been the high spot… any disappointments?

Getting the opportunity to meet a sitting president. That’s not something that easily happens… My father and my grandfather never got the opportunity to do that…and I’m honoured to have gotten that opportunity and make my family proud because it was something they wanted to do but didn’t get the chance. They were happy for me….No disappointments….God is GOOD.

What does the future hold for Ron Tyson?

I’m a person that always likes to look to the horizon wondering what’s over the hill…. Am I fulfilling my dream…what my potential is…how far I can go in what I’m trying to achieve…? I like to explore and I like to think ahead…I will leave the door open to receive and accept whatever opportunities comes my way….. But I just hope to be happy and healthy with whatever the future holds for me.

RON TYSON’S ‘RECIPE 4 LOVE’ is out now on LA Entertainment Records… go to our review archive for full review: