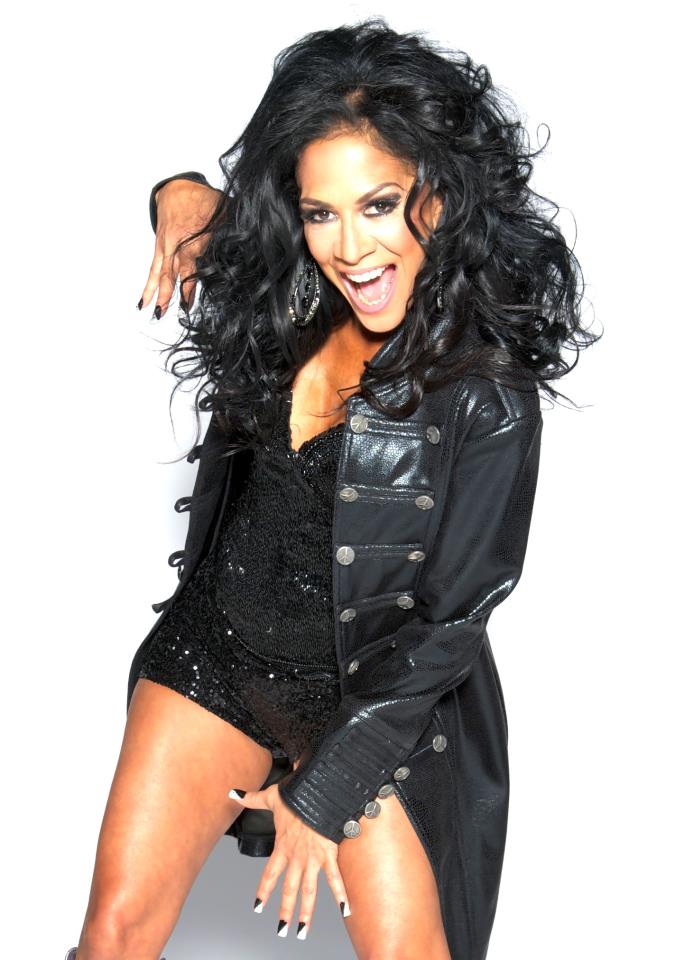 There were female drummers before the virtuoso SHEILA E started rattling her timbales in the late ’70s – The Velvet Underground’s Maureen Tucker and The Carpenters’ Karen Carpenter are two that spring to mind – but none have been quite as flamboyant or technically gifted as the daughter of Latin percussion maestro, Pete Escovedo, whose rise to fame as a solo star began in 1984 with her Prince-helmed debut album, ‘The Glamorous Life.’ Before that she had worked from the age of fifteen as a session musician and had featured on records in the late 70s by Alphonso Johnson and George Duke as well as performing in concert with the likes of Marvin Gaye, Herbie Hancock, Diana Ross and Lionel Richie.

By the mid-’80s, though, the success of ‘The Glamorous Life’ – which yielded the Top 20 UK hit, ‘The Belle Of St. Mark’ in 1985 – thrust Ms. Escovedo (who was now a singer and songwriter as well as drummer) into the limelight. Her second album on Prince’s Warner-affiliated imprint, Paisley Park, ‘Romance 1600,’ spawned her biggest single, ‘A Love Bizarre’ (which peaked at #2 in the US R&B charts in 1985). Two more albums via Warner Bros followed (‘Sheila E’ and ‘Sex Cymbal’) but from 1991 onwards, Sheila E dramatically seemed to drop off the radar and after a long hiatus, didn’t resume her solo recording career until 2000 with the smooth jazz-infused ‘The Writes of Passage,’ which was followed by ‘Heaven’ in 2001.

Since then, another prolonged spell of seeming inactivity has followed. But while Sheila E has been conspicuous by the absence in terms of her solo records, she’s always kept busy, as she tells SJF’s Charles Waring in an interview to promote her forthcoming album, ‘Icon.’ The album is her first in over a decade and finds her blending pop, funk, rock, R&B and Latin flavours to create a spicy brew. In addition to the new album, she will be visiting the UK to perform at a one-off in-concert appearance at London’s Under The Bridge venue on Saturday 23rd of November…

What’s the story behind your new album ‘Icon,’ because it’s your first in over ten years, isn’t it?

It is. The concept behind the record came about because I was writing my autobiography and there were stories that I was talking about and I thought: “this could be a song” and then there were songs that I had written and I thought “wow, this could be in my book.” So the record and the book became one and the same in a sense and this is how this CD was birthed, through writing the book.

The title is something that I did not choose. There’s a song on my record called ‘Who I Am Now’ and that was going to be the title of the record but the fans chose ‘Icon’ as the title of the record. I’m very honoured and humbled to even call it that. It was a group effort as far as putting the record together. I got my band and we had a little time off in between touring and I decided let’s just go in and do the record. So we went back to Oakland where I was born and raised and we set up all the gear and recorded live together in the studio. We cut all the tracks in about three days and then we started overdubbing. I took the tracks home back to L.A. and then started adding the special guest artists and overdubbing background vocals and then we overdubbed some of the horns. But mostly all of the rhythm tracks and the foundation of it was done and we all played together. I just wanted to have the whole band, all of us, play together because that’s what we’re used to doing. Also, most of my conga solos on this record I didn’t punch in (i.e. overdub) because when we play live, I definitely don’t stop the audience to say: “excuse me, let me start my solo over again.” So that was one of the cool things: I can actually say that I didn’t punch in any of my solos, which was great.

The R&B singer, Ledisi, appears on the song ‘Girl Like Me’ – what was she like to work with?

She’s amazing. I adore her. She’s from the Bay Area. She’s just a great friend and my guitar player also plays with her as well. She’s just an incredible, strong singer and a great person. There’s no ego; she’s down to earth, and I just love working with those kinds of people where there’s no drama. I’ve been in this business so long that it is nice to have fresh talent and a fresh perspective about your craft and life.

MC Lyte also appears on the song ‘Nasty Thang.’ How did that particular collaboration come about?

I’m a trustee at the Recording Academy, the Grammys, in Los Angeles. MC Lyte became our first woman president at the Recording Academy so we’ve been friends for a long time. She actually lives about three minutes from my house so when I was recording ‘Nasty Thang’ I had written a rap for it but thought this time I don’t want to hear my voice, I don’t want to do the rap. So I said “wait a minute, I’ll call Lyte.” So when I called her, she was actually driving somewhere and she said “of course I will do it, I’d love to do it.” I said: “I just hear you on this rap.” She said: “is this something that you’ve written or do you want me to write something?” I said: “well it’s got to be done today.” I was on a deadline and I needed to put the record out. She said: “I have fifteen minutes, I can stop by real quick because I have an appointment.” She came by, listened to how I did it and said: “okay, I’m ready.” In two takes she was done and was out in about seven minutes. That’s how professional she is and how great she is. When she first rapped it the first time I said “yes, that’s what it needs,” so it was perfect.

It’s been a long while since your previous album, 2001’s ‘Heaven.’ What had you been doing in the years between that album and this new one?

I have been so busy. I know a lot of people say that I’ve been gone and I think that I’ve been gone as far as the public can’t see me but I’ve been busy behind the scenes. I pick and choose projects. I’m an artist that doesn’t feel like I have to be in the limelight. I enjoy producing and musical directing and doing projects behind the scenes. I have a production company and I also like mentoring kids. I also have the foundation, Elevate Hope, with Lynn Mabry (which helps disadvantaged children). There’s just so much that we do every day and we have the family project, the E Family. With me playing all over the place and also with different artists doing award shows, it’s just been non-stop. It’s funny when people say we haven’t seen you because I haven’t left; it’s just that you haven’t seen me in as far as an album. It was only towards the end of writing my book that I decided that I had to do a record. I didn’t realise how long it had been since I put a record out but again, because I’m always busy and I love the music industry in itself as far as being able to be a part of something musical in production, it didn’t seem that I had been gone that long.