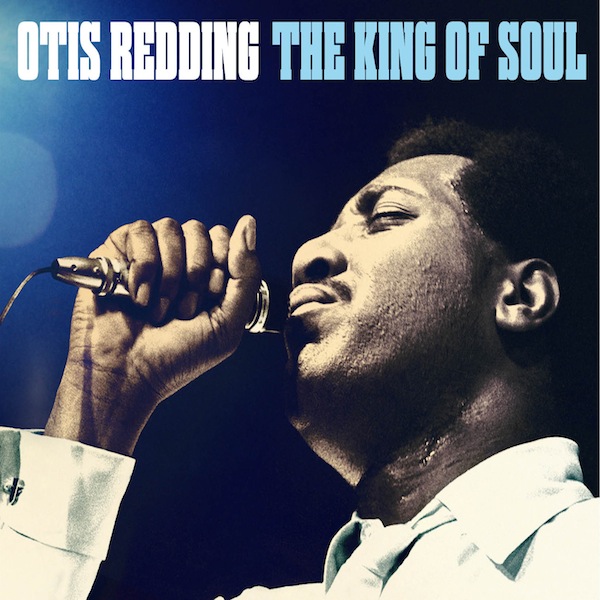 OTIS REDDING’S reign as the ‘King of Soul’ – a title bestowed upon him a few months prior to his tragic death in a plane crash on December 10th 1967 – was a remarkably short one. His debut 45, the pleading ballad, ‘These Arms Of Mine,’ was released by the Memphis-based Stax subsidiary, Volt, at the end of 1962 and seemed to take an eternity to make any chart progress but by March 1963, it was comfortably nestled in the US R&B Top 20.

A succession of memorable hit singles followed (including ‘I’ve been Loving You Too Long’ and ‘Respect’) and by the time that the fall of 1967 had arrived, Otis has notched up twenty-one chart entries, including six US R&B Top 10 records (during the same period  he racked up eleven hits in the UK). By that time Otis Redding had been transformed into a genuine international crossover star, thanks in part to his explosive appearance on the bill of the 1967 Monterey Pop Festival – which made white American audiences sit up and take notice of his phenomenal talent – and a hugely successful European tour.

With his star in the ascendant and seemingly on course to achieve great things he perished on the way to a gig (along with six other people, including members of the Bar-Kays) when his twin-engined plane inexplicably plunged into the icy waters of a lake near Madison, Wisconsin. On that fateful day, soul music lost one of its brightest young talents; a singer-songwriter who was just twenty-seven years old. Ironically, Otis’s fame grew exponentially after his death and a tune that he had recorded just prior to the plane crash was released in early 1968 and gave him his first US pop and R&B number one.  That song was the iconic ‘(Sittin’ On) The Dock Of The Bay,’ which also reached number three in the UK.

Since that time a spate of posthumous releases, CD reissues and the appearance of his songs on movie soundtracks has ensured that Otis Redding and his music is not forgotten. His wife, Zelma, is in charge of her husband’s estate and also runs the Otis Redding Foundation alongside other members of the family – it’s not just about preserving his legacy but also espouses some of the causes that Otis Redding believed in and assists young people with educational aspirations via the Otis Redding Memorial Fund and Scholarship Foundation.

To coincide with the release of ‘The King Of Soul,’ a new 4-CD retrospective on Rhino Records, SJF’s Charles Waring talks exclusively to Otis Redding’s wife, Zelma, and their son Otis III, who share their memories of the charismatic and inspirational raw-voiced singer-songwriter from Georgia…

(The Redding family: Otis III on the far left and Zelma in the centre)

Zelma, can you recall when and where you first met Otis?

I met Otis coming from a talent show in Macon, Georgia, at the Douglass Theatre, one of our oldest black historical theatres. I was sixteen.

What was your first impression of him?

We didn’t mix too well that particular day but the next week we got to be friends and then we started dating.

So it wasn’t love at first sight then?

What kind of person was Otis?

He was very kind, very humble and very smart. He was caring and loved people. He wasn’t a selfish person, just a kind, loving person. That was Otis Redding.

Did he have any hobbies or pastimes aside from doing music?

Oh yeah, on our ranch – The Big ‘O’ – he loved to ride his horse and loved to go hunting. We have a 95-acre pond but he didn’t do a lot of fishing. Most of the time he just loved to write his music and when he wasn’t writing music he would be home and just be a plain old country boy.

Do you know what attracted him to music?

Otis grew up with music. His father was a minister so they grew up in the church and were involved in the choir and all that. His father was a great singer himself. So I think, you know, along with his dream that he wanted to be an entertainer, that’s where his inspiration came from.

He first made his mark when he signed to Stax Records in 1962. Do you remember how that came about?

He was taking the singer Johnny Jenkins of the band The Pinetoppers to record and Otis had to drive him down. Johnny Jenkins, who’s deceased now and was pretty good on stage, recorded his record called ‘Love Twist’. After that session, and it was the early hours in the morning to my understanding, Otis asked them if he could record a couple of songs and so they let him record ‘These Arms Of Mine.’

And that, as we know, eventually became his first hit, didn’t it?

It took a long time, though (laughs). It was around for a long while and a disc jockey in Nashville, Tennessee, kept playing it and playing it and finally it just broke and opened the door for his career.

How did your life together change after that record became a hit?

We had to be strong because he was busy all the time and stayed on the road to make his dream come true – not only for himself but also for the family. You have to be supportive when it comes to your husband taking a different career in life – he’s not there, he’s on the road all the time and it takes a lot of love and respect and trust and that’s what I did. It was very difficult – because we married, young, and we had our family with Dexter and Otis III – but you know you’ve just got to stand by your man if you believe in him.

Did you ever travel with him on the road?

I would go to locations like the Apollo (theatre in Harlem, New York) when he was there for a week. I would take the kids, we would go there. We would also go to the studio sometimes when he was doing recording sessions there. But most times I couldn’t handle the kids and do all that as well.