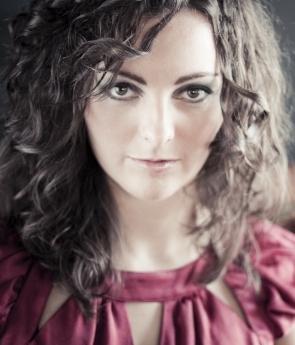 As 2012 begins, the big guns of the music industry have already started to talk doom and gloom. Once again the major players are listing the problems they’re facing, but what about the people at the sharpest end of the biz…. the artists trying to get a start? And trying to get that start the old-fashioned way – by mastering their craft, playing live whenever possible and financing their own recordings rather than taking the quick route via the TV talent shows. One such artist is Yorkshire-based singer/songwriter SARAH BRICKEL. At the back end of last year she released her second full album, ‘Music Box’ – a pleasing mix of original songs and well-chosen covers that some reviewers felt had the light soul-jazz feel of CORINNE BAILEY RAE. We caught up with SARAH to find out just what it’s like to try and get a start in the UK biz, but first we wanted to know how she was bitten by the whole music bug…….

It all started at school. I learnt to play a few different instruments at primary school and then it led on to singing. There was a lot of music and performing going on and I got involved in all the different shows and concerts. I just loved music and sang all the time. My music and performing arts teachers were very supportive and encouraged me to pursue a career in the arts. From there I went and trained at LIPA in Liverpool and I carried on from there.

What kind of music and which artists influenced you?

I have listened to all kinds of different music since I was little… Pop, Soul, Jazz and Musical Theatre. I used to listen to WHITNEY HOUSTON, ETERNAL and SHOLA AMA when I was quite young. When I was 17 a teacher gave me a tape that had artists like EVA CASSIDY, DEE DEE BRIDGEWATER, DIANNE REEVES and ELLA FITZGERALD. This changed the way I listened to music forever. These artists were incredible and opened up a whole new world of possibilities through a genre I hadn’t really listened to before. Nowadays I still have an eclectic CD collection ranging from JAMIE CULLUM, NORAH JONES to CELO GREEN AND JASON MRAZ.

Tell us about your time at LIPA (the Liverpool Performing Arts School, founded by PAUL McCARTNEY) … what did LIPA do for you… and how do students there (serious musicians, I presume) feel about stuff like X Factor?

My time at LIPA was amazing. It’s such a great place that’s full of energy and enthusiasm. I was lucky enough to be involved in the music side of the performing arts and some of the acting side as well. I was in a lot of the musical shows and many different bands. It’s a place where you can really find your feet, learn your trade and be ready to face a very difficult industry. I think many people who have trained in the Performing Arts maybe do look upon shows such as the X Factor as a little bit of a joke! However they seem to have a place in today’s world. It’s just a shame that there are not more shows on TV showing artists who have been working as musicians their whole lives who really deserve the recognition.

You originally signed to a big label ….Tell us about your experiences … why didn’t the relationship work?

When I first signed I thought it was going to change my life. They had a lot of well known people especially in the Jazz world that had gone on to do incredible things. Unfortunately just as I signed my first deal the music industry seemed to change. I suppose if you were not in the commercial Pop world you were going to suffer a little. There was no financial support or promotion and I felt that there was a lot more that I could do for myself. It ended on good terms but I just felt I was being held back and I needed to push on.

Why did you decide to go on your own?

I started to write a lot more and my music was moving away from the straight ahead jazz that the label came to expect. It seemed like the most sensible thing to do was to leave the label in order to move forwards with my career as a songwriter. It meant I would be in charge of my own destiny. I was doing all the work anyway so it’s not really any different. It just means that there’s only me to blame if nothing’s happening……There’s a lot independent musicians can do for themselves nowadays. I am very lucky to have my own studio which I have built up over the last four years. My husband/drummer records all the songs and I have a very committed and talented band.

Tell us about your latest album … what were you hoping to achieve? How would you define the sound/flavour?

The new album ‘Music Box’ hopefully showcases me as a songwriter as well as an artist. The sound of the album is quite different from my first release as it has much more of a quirky, funky, groovy edge still with a jazzy twist. I think I have grown as an artist over the past two years and the album really reflects the new sound of the band. Lyrics are really important to me and I hope that the essence of the songs come across. A lot of the songs are about my experiences over the last few years. I like to give a positive twist on even the worst times you might be going through. I suppose you could say the songs are quite uplifting.

Why did you choose to do just two cover versions… ‘At Last’ and ‘Don’t Let Me Be Misunderstood’?

I absolutely love the two songs that I chose to cover. ‘At Last’ is one of the greatest and my favourite standard of all time. ‘Don’t Let Me Be Misunderstood’ just grabbed me one day when I was listening to the NINA SIMONE version. If you listen beyond the surface of the song it’s quite gritty and a meaningful song. It was just one of those songs that I had to do and our version is very different.

In reality how hard is it for someone who wants to write and make music to get by?

It really depends on how motivated you are. It’s not easy! But if it’s what you want to do you just do it. As a musician you have to wear many different ‘hats’. Alongside running the band and writing songs I also teach singing and do function work for weddings and corporate events. Of course in an ideal world and hopefully sometime in the future I will be able to make enough to just write, record and play. That’s the plan anyway!

Where next for SARAH BRICKEL?

Promote the new album…. play some great shows… build up the fan base. It would be great to be played on Radio 2 and get on the JOOLS HOLLAND show. I’d like to co-write with other artists. Above all I want to keep writing new songs and get them to the fans who really appreciate what we do.

You can find out more by going to my website www.sarahbrickel.com where you can buy the album and see the behind the scenes footage of the making of ‘Music Box’.

Go to our review archive for a review of ‘Music Box’