ONE OF THESE DAYS….The Paul Carrack interview 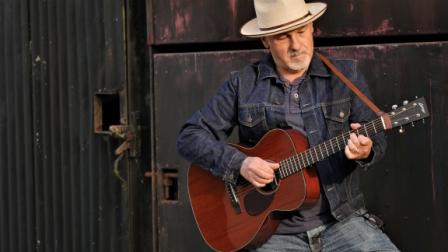 Last time we spoke with the genial PAUL CARRACK was in 2013. It was on the back of the release of his ‘Rain or Shine’ long player… we asked him then how and why he kept going after such a lengthy and garlanded career… five years down the line, Sheffield’s finest is still hard at work. He’s just released a new album, ‘These Days’ and he’s lining up another lengthy tour. So when we met up we posed the same question… what’s the motivation to keep going, to keep writing/recording and touring? Why not retire and buy that speed boat on the Isle of Wight (the one pictured on the cover of the new album) and live comfortably….. you must have a few bob by now?

Well, you never know, I might live to be 100 and I definitely don’t want to be skint in my old age. It was OK being penniless in my youth but I wouldn’t fancy it when I’m in my dotage. Besides, I can’t think of anything else to do. I’ve invested too much blood and treasure into this ‘career ‘ to stop now.

OK, the new album’s just out … how long has it taken you to put together?

It’s hard to say because it’s been done in stages. I started writing last year in between touring. (By the way there was another album, ‘Soul Shadows’, after ‘Rain or Shine’). I was basically recording by myself and with my son, Jack, as I’ve done many times before, but decided to take the opportunity of bringing in drummer Steve Gadd, who I was working with in Eric Clapton’s band and Robbie McIntosh on Guitar. We had to wait until Steve finished touring with Chic Correa. We recorded basic tracks over three days in November 2017 and started overdubs at my place until various touring commitments meant we had to put it on hold again.

Last time you told us that often time constraints mean that rather than write new stuff you cover a few songs. There are no covers on ‘These Days’, so presumably you had lots of time to prepare this album?

Yep. No covers. I had a good run of form initially, and then a boost when Gadd agreed to come on board.

You’ve written five of the new songs with Chris Difford of Squeeze. My advance review copy had no credits, so which songs are those?

When and why did you decide to collaborate with Chris again?

I’m pretty sure we’ve collaborated on all my albums since I left Squeeze. I could have written alone but I wanted to add some other lyrical flavours. Chris works so quickly; it’s so easy for him, whereas for me it can be like pulling teeth sometimes.

What do you think he brings to your signature sound?

Nothing really, Chris is first and foremost a lyricist, so he wasn’t involved in the recording, just the writing.

If my hearing aid’s working, there’s a hint of reggae on ‘These Days’ (the track, that is). Do my ears deceive me?

I think the reggae purists will say it’s not technically reggae, but it’s definitely reggae influenced.

Why did you choose that as the title track for the album?

It made sense, because this is where I’m at “These Days”. And the gist of the song is to appreciate these days as much as possible, because who knows how many we have – and on the whole they’re pretty good at the moment.

The brass arrangements are particularly strong on the album. How did you get Pee Wee Ellis in on the job?

Pee Wee played on ‘Soul Shadows’. My co-producer Pete Van Hooke played drums with Van Morrison for 10 years when Pee Wee was there. It was Pete’s call. I love the horns. Pee Wee is the real deal.

Which leads me to ask why didn’t you use your splendid road band for the record?

It was a tough call, especially as my son Jack is in the band. Pete convinced me that we had to take the opportunity to work with Steve Gadd, who is one of the all-time greats. Given that we only had three days (at AIR Studios), it was always going to be a slightly pressured situation to cut 11/12 tracks, so real studio experience was essential. It’s a completely different situation than being on the road. As you say, my road band is excellent and has been a great support to me establishing myself, but this situation was probably a one-off.

And speaking of the band, the usual guys will be with you on your 2019 tour?

Will the shows offer anything different this time around or will it be the usual (great) mix of the familiar and tracks from the new album?

You always perform Gerry Marsden’s ‘Don’t Let The Sun Catch You Crying’ Why do you think that’s such a great song? It’s been covered by lots of great artists…

Has it? I only know Gerry’s… but I just love the song

What other songs would you have liked to have written? Would you ever make cover versions of them (if you haven’t done so already)?

There’s loads, too many, although one of them is ‘I Can’t Make You Love Me’ [by Bonnie Raitt].

Don’t want to be rude…you’re 67 (a bit younger than me!). How long do you think you can keep going at this pace, and what can we expect from Paul Carrack in the future?

I don’t know we’ll have to find out. The last 5 years have been crazy busy and I am trying to cut down a bit, but I still feel somehow that I haven’t done it all yet. A lot of my ‘success’ has been with other people’s projects and, although if it all ended tomorrow I would be extremely grateful for a life in music, I will always feel I could have done more for my own satisfaction.

FULL REVIEW OF ‘THESE DAYS’ IN OUR REVIEWS SECTION…