ON THE EVE OF HER UK TOUR, SOUL LEGEND JEAN CARNE TALKS TO SJF 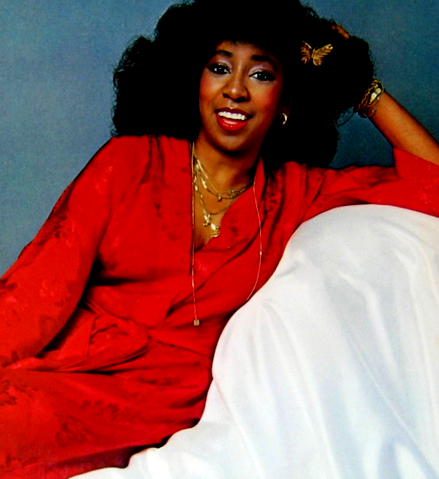 Though she was born in Atlanta, Georgia, JEAN CARNE’S name is synonymous with the sleek, urbane sound of Philadelphia soul – that’s because in the late-’70s she cut some memorable sides for Gamble & Huff’s legendary, trailblazing Philadelphia International label at Sigma Sound Studios right in the heart of the fabled ‘City of Brotherly Love.’ Still in demand as a performer today – she’s coming to play in the UK this coming weekend (March 22nd-24th) thanks to promoter Shades Of Soul – Carne is revered by soul aficionados for immortal songs such as ‘Was That All It Was,’ ‘Don’t Let It Go To Your Head,’ ‘Free Love,’ and  ‘Love Don’t Love Nobody.’

Prior to that, Carne had come to the attention of the public via the spiritual jazz recordings she made with then spouse, keyboard maven, Doug Carn, for Gene Russell’s Black Jazz label in the early ’70s and during the same timeframe she appeared on Earth, Wind & Fire’s first two LPs for Warner Bros. When she broke up with Carn, she landed a gig singing with Duke Ellington before teaming up with uber producer Norman Connors in 1975 and appearing on ‘Valentine Love,’ the Connors’-helmed hit duet with Michael Henderson.

Then came the most fruitful phase of her career under the auspices of Messrs Gamble & Huff in Philly but after fours albums for P.I.R. she signed to another legendary soul label, Motown, though it wasn’t a marriage made in heaven. After recording for Omni and Atlantic in the late ’80s, sadly, Carne’s recordings became more infrequent. In fact, it’s been 10 years since she last had an album out – the excellent Expansion retrospective ‘Collaborations’ – but Ms. Carne, who incidentally celebrated her 66th birthday on the day of her SJF interview – revealed there are plans for new music in the pipeline.

What follows is the first instalment of a two-part interview with SJF’s Charles Waring that covers the early years of Jean Carne’s storied career. It makes for fascinating reading…

You’re due to perform in the UK in a few days time at London and Newcastle. Music wise, what can soul fans in the UK expect to hear from you at your concerts?

Oh boy, well, every time I plan to visit the UK I get these song list requests so I just like to compile them and then pick out the ones that the band like the best and the ones that I’ve done as many times as possible over there. I try to please everybody. In fact, even during the show, I like to do a request section so that folks can shout out songs that I didn’t do on the set proper and I’ll do a snippet of it so everybody leaves happy and the smile on their faces.

Do you find that you have to tweak your set according to where you are performing in the world?

Absolutely, because I found in all the world the UK has the most unique taste where my music is concerned and a few of my comrades, like (singer) Shirley Jones and (keyboardist/producer) Dexter Wansel, mention that when you come to the UK they request a lot of the album cuts and don’t necessarily go with the singles that are chosen when you first record the songs in the US. The record label picks a single and then they release that first but the UK picks their own singles and they get lots of airplay so when you come to the UK, I end up singing a lot of album cuts and it’s a delight for me because they’re the songs that I don’t get to sing with frequency here in the US. I think the UK has connoisseur-like taste – you’re gourmets, definitely.

How does a British audience compare with an audience on your home soil in America?

Well, I’ve found that UK audiences are so knowledgeable and they read the record jackets and all the credits. They know who was on your sessions. They’re just so very interested in the music and know your information – and they know it for life. They are very, very wonderful fans because I love standing before them singing songs and seeing them mouth the words. Some of those songs they know much better than I do! (Laughs).

That proves to me that your music has longevity. Why do you think that is?

I think it’s just a blessing. I always attribute the longevity of my music to the genius of Gamble and Huff.

I’d like to talk about them at length later on if that’s okay. First, can we go right back to the beginning of your career and ask you what initially attracted you to music in the first place?

Well, it was literally before I can remember. My mother said that at three I would give concerts to anybody that came to our house and then at four I was allowed to join the church choir and lead songs. Then at five I started taking piano lessons and I played for Sunday school starting at seven. And then at twelve, I became a choir conductor and played piano and organ for church choirs and I did that all through college when I was a music major. It was literally before I can remember – all my life.

There was a very vibrant music scene and my father was a businessman – he had a cab company, a travel agency, a moving company, an employment agency and a record store and I remember the Royal Peacock being down the street from his record store and I would sneak in there sometimes and see the sound checks and a lot of the artists. I remember telling (singer) Ruth Brown, that I saw her sound checks and she actually remembered my father and remembered the business next to his and it was such a wonderful situation so since early on, music has just been a very integral and a very dominating part of my life.

What singers and musicians influenced you when you were growing up? What records did you listen to?

I was one of the lucky ones: I found out later on as I got older that a lot of kids weren’t allowed to listen to every kind of music but I got my first record player and it came in a little box then, in fact a little suitcase, and you raised the lid and you could play your records. I started collecting records, 78s, at five. I could have anything from Mahalia Jackson to Screamin’ Jay Hawkins to Muddy Waters and all the R&B in between. My mother had some Caruso records, they were 78s, so I got early exposure to opera as well.

At what age did you realise that you had a unique talent and wanted to explore it?

It was never preordained or designed; it was just a very, very natural flow. My folks always encouraged me but I wasn’t forced to take piano lessons and I wasn’t forced to practice so my attitude towards music was very healthy from the very beginning. I don’t know if I ever actually decided that there was anything special but I was taught that the more you put into things the more you’ll get out of it and that you want to hone your craft and you want to be seen by as many people as possible and test your audiences; they will let you know what your level of proficiency is – you can tell by the smiles on the faces and by the vibrations you get from the music lovers that are in your audience. So it was a natural process: it wasn’t preordained or premeditated at all.

But you were talented enough to go to the Juilliard School of Music, is that right?

I received a scholarship to Juilliard but instead I eloped to California with Doug Carn, where we recorded our first album. We moved into an apartment hotel and Earth, Wind & Fire moved into the same hotel. They came from Chicago. The Ramsey Lewis Trio was where (EW&F co-founder) Maurice White had come from, he was the drummer. We all lived in the same apartment building and actually my first professional recordings – I did a college recording before that – were on Earth Wind & Fire’s first two albums, ‘The Need Of Love’ and ‘Earth, Wind & Fire,’ which were on Warner Bros. Doug Carn and I went into that same studio, it was called Sunset Sound – it might still be there – and recorded our three albums on Black Jazz Records: ‘Infant Eye,’ ‘Spirit of the New Land,’ and ‘Revelation.’

Did you join Earth, Wind & Fire just for a while then?

I recorded with them but didn’t perform with them. We did go see a lot of their concerts but I never travelled with them. Their female performer was Sherrie Scott. Now we’re Facebook buddies.