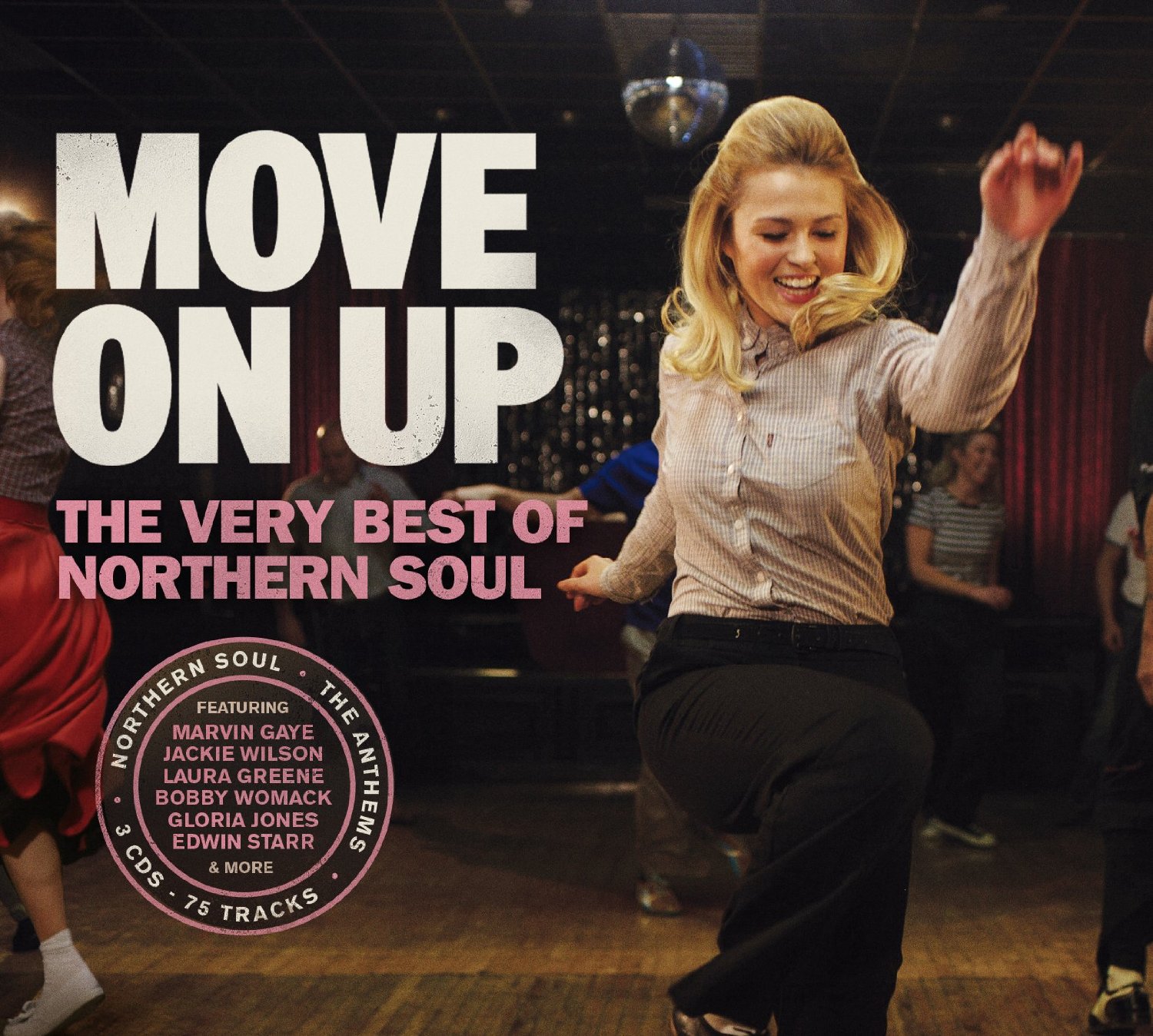 Northern Soul? That’s for old folks, isn’t it? Well, not any more – and certainly not if 18-year-old LEVANNA MCLEAN has anything to do with it. She’s young, bright, pretty and talented and there’s nothing she likes doing more than moving around on the dance floor with spins and kicks to a pounding ’60s soul groove. “There are so many young people into it now,” declares the enthusiastic Bristol-based student-turned-dancer-and-DJ whose videos depicting her dancing in various locations to Northern Soul tracks has achieved a phenomenal 1.5 million YouTube hits. “I’ve got loads of young friends who are into it,” she reveals. “People don’t think of it as young people’s music but there’s a whole new generation on the scene at the moment.”

It’s a common misconception, though, that the UK’s Northern Soul scene – which has experienced several moments of crossover resurgence during the last thirty years and steadfastly refuses to die – is comprised of middle-aged soul fanatics for whom the 1970s never ended. While some commentators will argue that there’s more than a grain of truth to that particular perspective, LEVANNA MCLEAN – aka ‘Northern Soul Girl‘ – conclusively demonstrates that the Northern Soul Scene is not the sole preserve of those approaching bus pass status.

In addition to her YouTube fame, Lev – as she likes to be called – also found herself in the spotlight last year when she performed a Northern Soul dance routine alongside US R&B superstar Pharrell Williams to his hit ‘Happy’ during his performance at the Brit Awards. Given her popularity, then, and the fact that Northern Soul’s crossover appeal is in the ascendancy (evidenced by Elaine Constantine’s recent movie, ‘Northern Soul,’ and the appearance of Northern Soul-associated songs on several recent TV adverts), it’s no surprise that a record company is aiming to capitalise on ‘Northern Soul Girl’s potential to promote the music that she loves and attract younger listeners. In fact, the personable teenager has just signed a deal with Universal Music and the first fruit of their liaison is that the dancer’s picture adorns the company’s forthcoming compilation ‘Move On Up – The Very Best Of Northern Soul,’ which is released 16th March.

Comprising a whopping 75 tracks that include hits from familiar soul stars such as Marvin Gaye, Stevie Wonder and Curtis Mayfield alongside rarities from more esoteric acts like The Vel Vets, Tony Galla, and Rita & The Tiaras, the compilation offers a vivid sonic snapshot that captures the essence of the Northern Soul scene.

In a recent interview with SJF’s Charles Waring, Lev talks about her passion for Northern Soul, the impact it’s had on her life and her ambitions for the future…

You’ve recently signed a deal with Universal. How did that come about and what does it mean for you?

Nothing is actually completely bound by contract but I’ve managed to meet loads of new people, like the general manager of Universal, and hopefully if the CD’s very successful maybe something more will come of it and maybe the relationship will develop. They actually asked me to represent the CD and to be the new face of Northern Soul. It’s a really good opportunity.

So you’re like the new poster girl for Northern Soul?

Yeah, I guess. That’s how they explained to me and I was like: okay, I can deal with that. (Laughs).

I suppose in a way it’s a genre that could do some freshening up image-wise. Northern soul isn’t really considered as a young person’s music so what attracted you to it?

There is an absolute mixture of people on the scene and it depends on where you go. Up north probably the majority of the people are going to be older, people who went to Wigan in the ’70s, and who want to relive their youth I would guess. They’re still regular goers, but if you move down south to the London scene, there’s a really hip, trendy, crowd on the Northern Soul scene at places like the 100 Club and there’s a place called Crossfire, which is another all-nighter and there are loads of different small nights which barely go on to 2 AM. They’re not all nighters but they’re run by these trendy, hip, cool people. I got into it because of my mum. She used to be on the scene in the ’80s: that was her heyday and she went every weekend. It was her thing and her social life. I never really kind of got it. She went back on the scene when I was 13…

Did you go along with her to any all-nighters?

No, not at all. I literally didn’t understand what the hell it was. I was like: yeah, okay, you can go off and I’ll do my own thing with my own friends. But I slowly started getting into people like Amy Winehouse and The Special Set; people that had these soul influences. My mum said if you like that – Amy Winehouse has covered some Northern soul songs, like ‘Our Day Will Come’ – you might like Northern soul. So I listened to some of the music. It was a really gradual thing but then I realised wait, hold on, I want to go to a Northern Soul night. So she took me up to Stoke and that was it. I’ve never looked back since.

You’re from Bristol. Is there a scene there?

There’s not a massive scene, not like there is in London or Manchester. But there is the odd night that I go to and I’m loyal to: a local night and I support them. Stuff like Go-Go Children at the Fiddlers Club in Bedminster and my friend runs Seriously Soulful, which is every three months or so, and they’re really good nights. But there’s no raving Northern Soul scene in Bristol, which is unfortunate.

How did the YouTube clips of you dancing come about?

It was an accident really. Basically, they started when my family were on holiday in Russia. We were only over there for a week or so and it was only when I was first getting into Northern Soul. I think it was two years ago now that my first video came out and I’d been to my second all-nighter and started dancing on a slippy surface. My mum started filming me and it was hilarious. It was just one of those videos where you think you’ll just have it on your phone and won’t do anything with it but we put it on YouTube to show our friends so we could send them a link to say look at what we’ve done. But it got an immediate response and got 30,000 views. We were just absolutely dumbfounded at how good a response it got. Everyone was asking “oh, what’s the tune on there? What’s the song? We want to know what the song is.” After that we decided to make a new one because we thought, why not? (Laughs). If people like it, it’s a goer.

What’s been the response from the Northern Soul scene itself, because sometimes it’s notoriously blinkered about change…

It’s been a massive split really. Some people say that I’m promoting the scene and that’s a bad thing but a lot of people say that the Northern Soul scene needs a new young face to get people into it so that it can carry on and doesn’t die out. So it’s been a complete and utter mixed response but the majority of comments about my videos on the Northern Soul scene is that they love the music that I put on there and that they think I’m a really good dancer and that I’m just generally a nice girl, I guess (laughs).

Do you see your Northern Soul Girl persona as being a full-time occupation?

I would absolutely love to be known for what I love doing, which is dancing and just generally doing the arts and media kind of thing. I guess the Northern Soul dancing has given me a pathway into that so as a personality, the Northern Soul Girl, I would love to do that. But on top of that I’d like to use that to go into something like radio or TV. It’s something that I’ve got to think about. But I think it’s definitely going to be something to do with what I do in the future, without a doubt.

Yeah, I’ve got a gig coming up with Craig Charles, which is very cool. Someone is putting on an event where he is DJ-ing and doing a meet-and-greet. While he’s meeting and greeting people I’ll be DJ-ing. I’ll be like a third DJ but it’s really cool to kind of get to know him and say hi (laughs).

Do you have an all-time favourite Northern Soul record?

I get asked this a lot (laughs). I can never come up with a straight answer for this. I have a top five; they’re not necessarily ones that I absolutely love but ones that mean something to me. I think the typical one is The Vel Vets ‘I’ve Got to Find Me Somebody’ because I always dance to it and it was the first record that I ever danced to at an all-nighter. I couldn’t dance for love or money back then. So I guess that’s kind of in the top five.