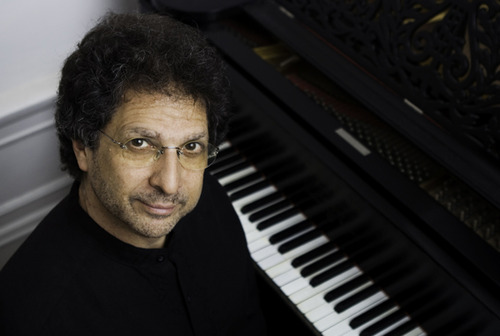 RANDY KLEIN is a jazz pianist and movie composer whose name should also be a familiar one to soul music fans that avidly peruse album credits – he co-wrote ‘Looking For Love’ for Candi Staton (which was a 1980 hit single for the southern soul siren on Warner Bros) as well as songs for Millie Jackson (including ‘This Is Where I Came In,’ ‘Not On Your Life,’ ‘Go Out And Get Some (Get It Outcha System)’) and ex-Labelle member, Sarah Dash (‘After Love’ on the singer’s 1988 album, ‘You’re All I Need’). He also co-wrote and co-produced the 1983 electro dance hit, ‘Watch The Closing Doors,’ by I.R.T. on RCA Records. Since then, Klein has gone on to become a noted composer in the field of music theatre and documentary film scores. He is also the president of Jazzheads, an independent record label devoted to improvised music.

Here, he talks to SJF’s John Wisniewski about is life and music…

When did you begin your interest in music, Randy?

I have been playing piano since I was a child (4 or 5 years old).  It seems as if I have always been a musician, so when my interest began is an odd question. I tend to think that I was just born to be a musician.

Did you always feel that you would pursue a career in music?

Yes. I was playing gigs as a teen. I went to Berklee College of Music and taught there for a bit. But, my real pursuit of a career came to me after I started composing music.  It wasn’t really a decision to pursue a career; it  – the music and the music business – evolved organically.

Who are some jazz pianists that you admire?

Well, it is not just jazz pianists that I admire, even though there are many jazz pianists that I bow down to and thank for their gift of being musical, but all pianists. Playing piano is not for the faint of heart. It takes courage. It is hard work and years of dedicated practice. Here’s a short list of my favorites: Bill Evans, Keith Jarrett, Chick Corea and Herbie Hancock, Joe Zawinul, Joe Sample, George Shearing, Lenny Tristano, Irving Fields, Peter Nero, Ferrante and Teicher, Roger Williams, Cecil Taylor, Oscar Peterson, Vladimir Horowitz, Artur Rubinstein, Chico Marx. There are many more…

What is the audience reaction to your music? What do the listeners say to you after a concert?

I feel the reaction is mostly heartfelt and positive. Listening to improvisations is a very individual experience. A question that gets posed a lot is, ‘How do you do that?’  I assume the question is referring to the actual fact that the music is immediate and not pre-determined. My stock response is: ‘I’m not really sure; it is just something that I know how to do’. That’s not to mean that I don’t practice. It is because of the practice that I trust the mechanism completely to be there when I play. I also answer, ‘It is a gift!’

Do you feel nervous playing before an audience?

For the most part, I don’t get nervous when performing. I have been performing since around the age of 14. Getting on stage and playing is not filled with any trepidation.  I enjoy sharing the music and when the audience is receptive to the improvisation, it is a joyful experience.

Do you have any plans to score a film?

Actually I have scored a 3 PBS/BBC Film Documentaries and written over a dozen musical theatre shows. Writing for film is fun. Making a scene that plays flat when heard without music come alive is extremely rewarding. I’m always up for scoring more.

Do you ever write your own compositions?

I have a very large catalog of songs from my years as a pop composer as well as a tomb of musical theatre songs for different shows that I have been the composer for. My pop writing has won me a few Gold Records and I also have some EMMYS from a stint writing for children’s educational television (PPS). I’d say I have written over 1100 compositions, give or take.

Do you like avant garde jazz or experimental jazz?

Yes, I listen to and like all forms of music including forms that are extremely eclectic. I’m a big fan of sounds. A piano improvisational performance I gave at the ISIM Convention (International Society for Improvised Music) in Toronto this past June included piano with extraneous sound. For example: Piano and the NYC Subway, Piano and Yankee Stadium, Piano and Answering Machines. Mixing sound elements and improvisation is an interesting form, not for everyone, but for me it is a lot of fun.

What are your plans for the future?

I am currently working on a piano performance piece titled, ‘Ambient Spaces’. I am also developing two new musical theatre works. The big news is that a new composition titled, ‘Fanfare For Jerusalem’ will have its world premier on March 26, 2017 by the HaZamir Chorale (300 voices) at David Geffen Hall, Lincoln Center, NYC. Very Cool!