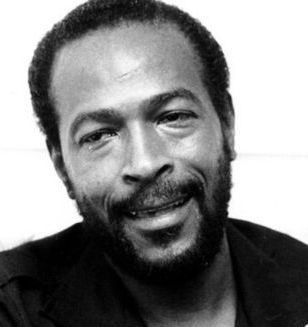 One of this year’s most intriguing albums has been ‘Marvin Meets Miles’ by Louisville-born Johnny Britt…. a singer, songwriter, producer, trumpeter, arranger and composer who’s maybe previously best known for his work with the duo Impromp2. ‘Marvin Meets Miles’ though is set to take Johnny to a new level. The album is winning plenty of airplay and causing intrigue as Johnny re-interprets a selection of Marvin Gaye classics in a way that Mile Davis might have done! Jazz purists are in deep debate while the soul congregation are delighted to have new and imaginative readings of tunes they cherish. So, surely, time to find out a little more about Johnny’s big idea…. but first some personal background…..

I was raised in Cleveland, Ohio. I was really introduced to music at my uncle’s church THE HOUSE OF GOD. It was the there that I became the lead singer of the choir at age 4 and noticed my vocal gift. I chose the trumpet at age 12 because when I saw it, it only had 3 values and I figured that it couldn’t be that hard to play. Cleveland had a heavy R&B scene with singing groups and bands actually Eddie Levert of the O’Jays lived right down the street from me. I then studied trumpet just outside of Paris, France at The Conservatory Of Versailles with Roger Delmotte principle trumpet for the Paris Opera. My musical influences are R&B, Jazz, Gospel and Classical. My heroes are Marvin Gaye, Miles Davis, Quincy Jones, Clifford Brown, Aretha Franklin and of course many more.

I guess the first time most folks came across you was with Impromp2… but you’d been in the business long before that hadn’t you?

Oh yes very much so. I was a studio singer in Paris and Chicago before moving to Los Angeles. I was discovered by Otis Williams of The Temptations. I wrote songs for the Temps and then Otis hired me as their musical director I tour around the world with them. That led to becoming the co music producer and vocal coach for the Emmy Award Winning Mini Series Movie ‘THE TEMPTATIONS.’

Now Impromp2…. how did that start, how did it develop and what do you think it achieved?

I was always a solo recording artist. After my time as The Temptations musical director I was pursuing a record deal as a solo artist. Actually the manager of Kool and The Gang approached me about checking out this rapper named Kashan. I dug his flow and asked him to write a rap over this song that I wrote called ‘You Can Have It All’. When I heard what he came back with I knew this was a hip concept. Kashan and I decided to work together to pursue a deal. At the end of the day we had 3 deals on the table to choose from … everybody loved it. The sad thing was that Kashan signed a contract behind my back and I could no longer work with him unless it was with this certain label that I didn’t want to sign with. The only reason I kept pursuing this concept was because Alison Gabriel at RCA told me if I could find another rapper then she would sign me. I interviewed around 49 rappers and Sean was the last one. This was around the time the last Miles Davis album ‘Doo Bop’ came out. He had the rapper E Mo Bee on it with his trumpet … I thought this is it with my vocals, trumpet and a rapper it would be something different. I have to give credit to our producer Steve Harvey who’s from England (Scotland?)for helping to create the Impromp2 sound. We were going for a raw, live and organic sound. We achieved that. Impromp2 was the first group to blend R&B, jazz and hip hop and introduce the industry to a new sound.

For me Impromp2 was one of the many transformations that I will go through in my career as a recording artist in regards to music and its various styles that I’d like to do. At the present time I am extremely excited about my new ‘Marvin Meets Miles Vol. 1’ album. We’ll be releasing the 2nd single ‘WHAT’S GOIN ON’ and a powerful video in September. I will continue touring as well as doing master classes, workshops and concerts at various universities. I’m writing orchestral arrangements of the songs from ‘Marvin Meets Miles’ to be performed at universities and performing arts centres. Because I am a singer and trumpet player the range of what I’ll be doing will go beyond R&B and Jazz.

So more about that album… where did the idea come from?

When I first learned to play trumpet as a kid I immediately had the desire to take the music off of the written page and I began to improvise. It was when I heard Miles ‘Kind Of Blue’ that I began to understand how to use notes sparingly. Miles was using his trumpet like a voice. Marvin showed that it was not only possible, but paramount that an artist be open to express all that he feels through his music. He covered the gamut from the religious to the secular…from social injustice to sexual healing. Through Marvin I began to see the limitless potential brought about through unbridled expression. Thus the thought of combining their unique styles together through my voice and trumpet was born.

What made you think there was compatibility between those two artists?

On Marvin Gaye’s seminal work ‘What’s Going On’, I began to take notice of how Gaye was able to express not only an R&B sensibility but also a healthy respect of Jazz. On the other hand Miles Davis didn’t put limits on his music He loved R&B and incorporated it into his style later in his career. In the end I concluded that Marvin loved Jazz and Miles loved R&B. Their styles were compatible enough to create an interesting concept with this merger.

Now your song selection… all post ‘What’s Going On’… why nothing from earlier on in Marvin’s career?

Simple, those earlier songs will be in the ‘Marvin Meets Miles Vol.2’ collection.

OK so how did you approach the production…? I mean what kind of sound were you looking for?

Actually starting this project out I wanted it to be a jazz trio with my vocals and muted trumpet. The foundation of the project is really that. As the sessions and arrangements developed I decided to add a few funky elements to the production.

What single track, do you think, sums up the essence of the album?

It’s the one new song, ‘Marvin Meets Miles’ because it tells the story of the two of them and expresses what this album is all about.

Also you have some big name session men in there… Marcus Miller, Boney James, Wah Wah Watson… how did you get them on board and in the case of Watson did he give you any first hand advice on what it was like to work with Marvin Gaye?

Well I’m very fortunate and blessed to have worked with them all in different capacities either as a writer, trumpet player, singer or producer. They are my friends. I made the call and they came through it’s that simple. As for Wah Wah no he never talked about working with Marvin.

The new ‘Marvin Meets Miles Vol. 1’ album is doing amazing and getting rave reviews. People are saying that this is my best work yet.

JOHNNY BRITT’S ‘MARVIN MEETS MILES’ is out now. There’s a full review in our reviews archive.