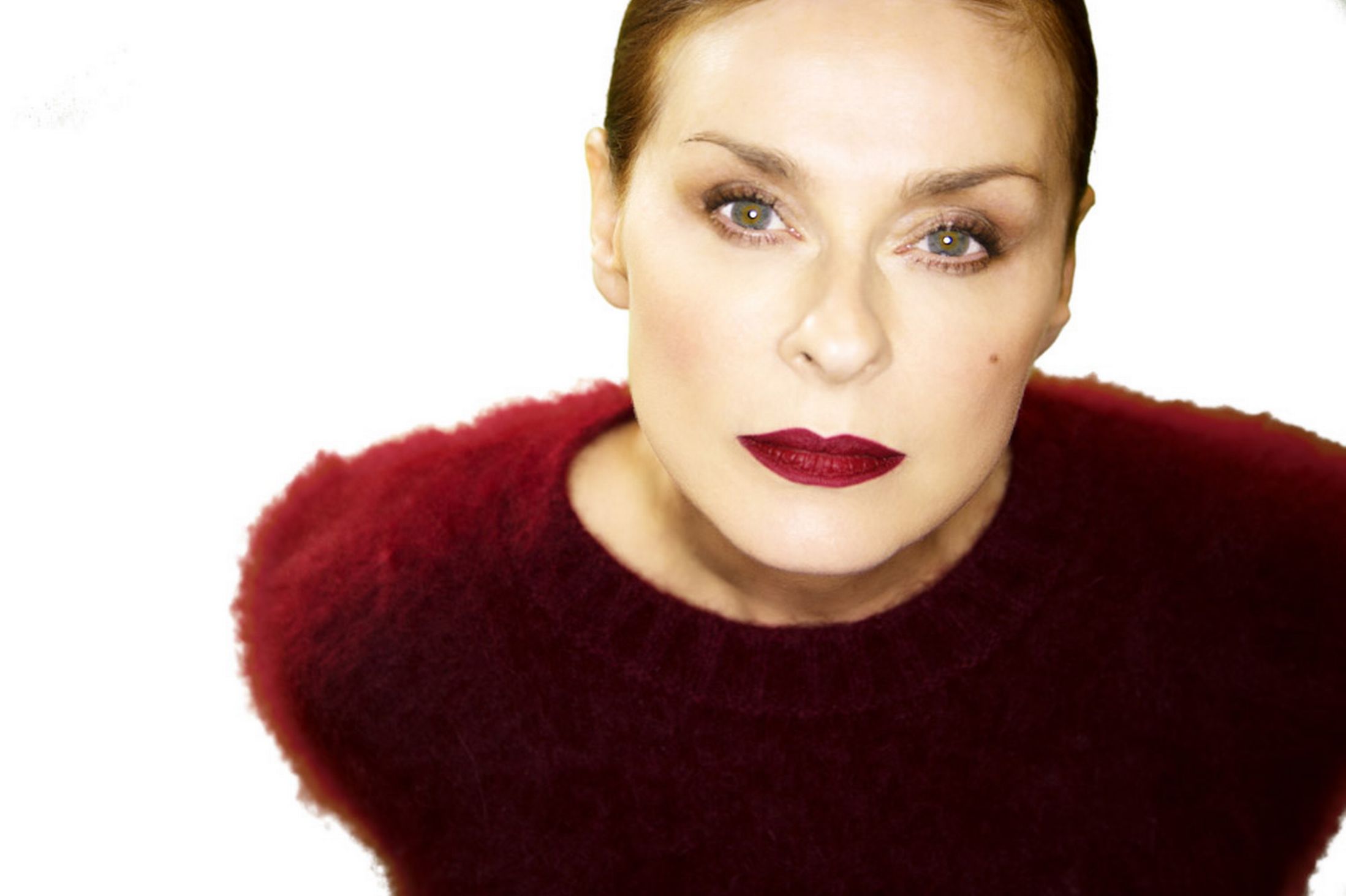 You’ve done a bit of acting in your time – has that experience been helpful to you as a musician?

Yes, I suppose so because you’re not the same character all the time so you can just do it. Yeah, it does help but I think being a singer has helped me acting-wise as well. I suppose it’s just putting yourself into somebody else’s life, isn’t it and imagining them? It’s just pretending really, isn’t it? (Laughs). Actors would hate me for saying that but it’s just pretending.

Is there any one song on the album that stands out for you or has a special meaning?

I think they all do because you can’t pinpoint one specific song. It’s like you have some special feelings about all of them really and you’re very fond of all of them. Choosing a favourite song is like saying which of your kids do you like best. (laughs)

The song ‘Why’ possesses a distinctive jazz-meets-blues feeling. Would you consider in the future going into more depth with that kind of style?

I don’t know. I think whatever a song is or whatever it lends itself to, then you should just do it. I’ve always liked dipping my toe into the jazz thing but there’s time for that anyway. I know I’m getting on but I’ve got a lot more writing in me, I think, before I have resort to doing a covers album (laughs).

In terms of future projects, do you have any ambitions beyond his current album?

Does the album reflect what you been listening to lately musically because I can hear quite a strong southern soul elements in a couple of tracks?

Well, I’ve always been a soul girl anyway. It’s just the way I write. When I write I don’t like to be influenced by other things so when I’m working a lot I don’t listen to a lot of other songs because it really creeps into your head and then suddenly you’ll write a song and you’ll go oh shit, it was that song that I heard like about two days ago. I’m really bad like that: I’m a bit of a sponge, so I don’t listen to too much stuff.

Going right back to the beginning, at what age did you show a real interest in music?

Well, I started singing – I don’t know what it sounded like at the time – when I was probably four or five. That was when I really started to feel like I really wanted to sing. I just used to sing all the time. I used to sing at school and I’d sing at home and my mum would drag me downstairs at parties to do my party piece, as you do. I think that my mum and dad actually thought, oh she’s going to grow out of it, so let’s just humour her. Well, obviously, I never did (laughs).

Were they musical at all, your mum and dad?

Sort of, but they weren’t in the music business or anything. My dad sang in the choir and my mum was in skiffle bands when she was really young but, no, nothing really massively major.

So how did you get into soul music?

Through my mum really, ‘cos my mum always used to listen to Motown. Diana Ross was the first inspiration that I really had and then Marvin Gaye and all the old Motown stuff. She just used to listen to it all day long and because I was there as a kid, I listened to it as well.

And what sort of age, then, did you feel that music was the only thing that you wanted to do?

I was singing at five so I would have been probably seven or eight when I definitely knew that that was what I wanted to do. I was really fortunate because most people go through their whole life thinking what would I really like to do?

Music chose you, then, in a way…

I suppose so. There’s nothing I can do about it (laughs).

How were you discovered?

At a talent show in a club. It was just like a little talent show and one of the judges, a producer from Granada TV studios, said to me do you want to do some TV? Well what do you say? You just say yes, don’t you?

Do you think working in TV (as a presenter) helped your career as a musician in some ways?

I think everything helps in that sense because you just gain skills that you wouldn’t ordinarily have – especially with acting and doing TV and stuff like that. You learn all the little things that you need to do. You learn the terminology and you learn how to get on your mark and you walk to here and you do that… It’s a lot more complicated than people think, actually. You’ve got to think about five different things at the same time, which is multi-tasking, I know, but it’s weird when you actually can’t look at what you’re doing but you have to know what you’re doing.

Going back to Blue Zone, at what point did you and Ian and Andy realise that it was better if you went alone as a solo singer?

Oh well, I suppose it was when we did the thing with Cold Cut (‘People Hold On’). We did the record and it was basically Blue Zone and Cold Cut and at the time everyone was making records featuring a certain singer. Everyone said I think it should just be your name (rather than Blue Zone) and I said I’ve got a horrible name, I don’t like my name and I don’t want to be all on my own. I got really frightened actually because it’s scary, really scary, doing everything yourself. Oh I cried, really cried and said I can’t do it all on my own! But I’ve not done too badly really have I? (laughs).

Your first solo album ‘Affection’ was massive as was the single ‘All Around The World.’ What memories do you have of those times?

God, it was just like a massive whirlwind. It was literally going all round the world and then coming back again and going all around the world again and it did, it got really quite freaky after a while because you just think I don’t have a minute to spend by myself, only to sleep. I was literally sitting on the toilet doing interviews and stuff. So yeah, it’s like this time round I just said to everyone: no, I’m not going to do everything.  You’ve got to guard your own time, really, because you always want to love what you’re doing as much as you can because people can really tell if you don’t. People aren’t stupid.

I suppose you have more control now than you did back then?

Now I can say is this worth doing or is that worth doing? So you whittle everything down and prioritise a lot of things whereas when you sort of turn up somewhere and haven’t got as much control over everything you’re just bombarded by things. I do feel really sorry for younger people who are taking off now because people try to take advantage of you left, right and centre. That’s because they don’t see you as a human being, they see you like a machine that they’re investing in. You have to put your foot down sometimes, which is fine. I don’t mind that any more.

Your previous album release was ‘The Moment’ in 2004. It was produced by Trevor Horn. What was he like to work with?

He’s very businesslike actually. He’s very 9 to 5. When he’s doing a session he always goes home at a certain time for dinner and then comes back. I really enjoyed doing that album but it wasn’t what I thought it would be because I always wanted to do a pop album but unfortunately I really can’t do it. I can do a lot of other things but I know now that I can’t do that. It’s really difficult to do out-and-out pop.

I suppose getting to number one, that’s really lovely. We had a big party. That was really sweet. And I suppose the Freddie Mercury tribute thing (at Wembley in 1993).There were over 100,000 people there and there were so many different artists. It was really, really lovely because nobody was more important than anybody else. Usually there’s always one bad apple who fucks it up for everyone else but because there were no egos there that day everyone was just doing it for that one man and it was lovely.”

LISA STANSFIELD’S NEW ALBUM ‘SEVEN’ IS OUT NOW VIA MONKEYNATRA.