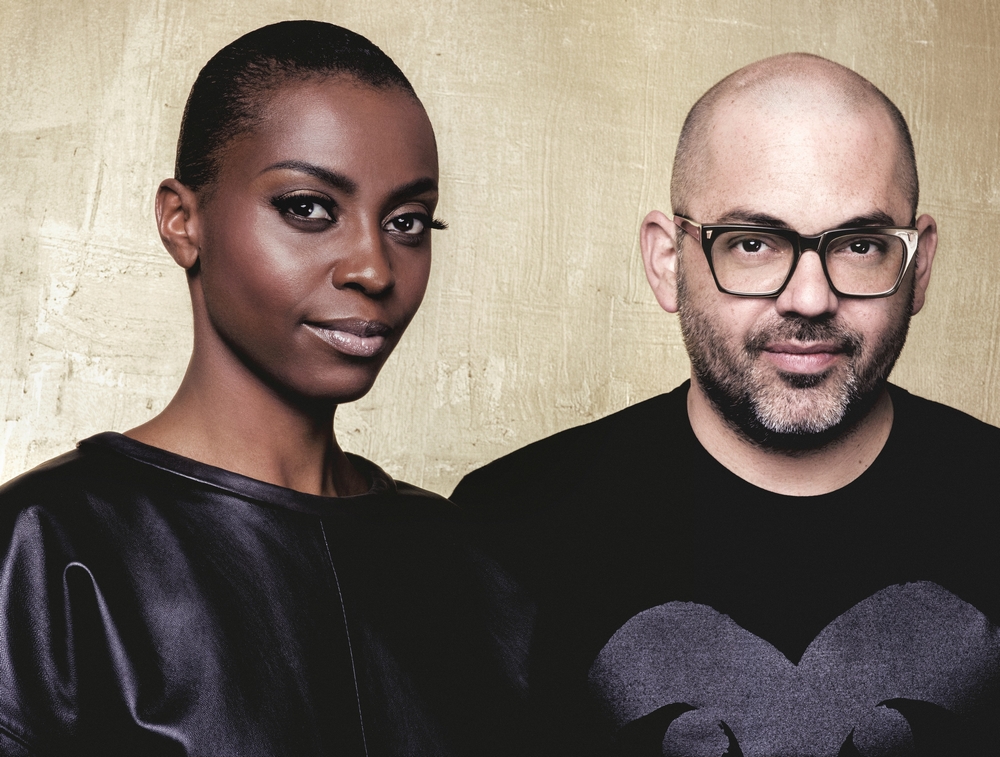 It’s exactly twenty years since Morcheeba first hit the UK charts with their single, ‘Tape Loop,’ taken from their debut LP, ‘Who Can You Trust,’ on China Records. Led by Skye Edwards’ velvety haunting vocals, which floated ethereally over a mesmeric trip-hop-style groove played and produced by brothers Ross and Paul Godfrey, the track established a sonic template for the London-based trio, who would go on to make an indelible mark on the UK music scene over the next few years.

Between 1996 and 2003, they racked up twelve single chart entries (the biggest of which was the Top 40 smash, ‘Rome Wasn’t Built In A Day,’ in 2000) and released four notable albums. All of them notched up huge sales with 1998’s ‘Big Calm’ achieving platinum status in the UK. But in 2003, interpersonal tensions ripped the group asunder and Skye Edwards left to pursue a solo career while the Godfrey siblings carried on using a series of different vocalists. The singer returned to the fold in 2010, by which time she had released two albums under her own name (‘Mind How You Go’ and ‘Keeping Secrets’). Reunited, the band issued the LP ‘Blood Like Lemonade’ in 2010 and three years later kept the momentum going with ‘Head Up High.’

More recently, Skye and Ross Godfrey have been touring together, going under the name SKYE ROSS to distinguish their new project from Morcheeba. The duo have an album coming out via  Fly Agaric Records/Cooking Vinyl on September 2nd simply titled ‘Skye Ross.’ It has stylistic facets reminiscent of Morcheeba, certainly, but is more organic in its approach.

“It’s slightly different,” explains Skye Edwards to SJF’s Charles Waring in a refreshingly frank interview. “We started thinking we’d be making an acoustic album and take it away from the Morcheeba sound with the hip-hop beats and rapping. And then it grew from there. We started putting live drums on it rather than programmed beats so I guess that’s a different element…“

Was it a conscious decision to do something different from what you’ve done before?

Yeah, but it just happened naturally really because the missing element of the Morcheeba sound was Paul Godfrey. He was the producer of the Morcheeba records and the lyricist also so just by default it sounds slightly different because Ross is producing it and I’m writing the lyrics this time.

So how does it feel for you having a greater role, perhaps, in the creation of the songs?

It didn’t really feel that I had less of a role being the melody maker in the group. I’ve written lyrics for my solo records so it was just kind of natural. At first, Ross and I spoke about collaborating with other songwriters but in the end it was just him and me. He sent the tunes through on acoustic guitar and I had a long sleepless night one time – I was quite heavily pregnant at the time and couldn’t sleep – and these words just came to me. I sent them to Ross the following morning and he really liked them. Then I sent another song through when the words came and we thought, well let’s just carry on like this then: we don’t actually need anybody else. So that’s how it worked.

Are there any songs on the new album that have a special significance for you?

There are two songs actually – there’s ‘Hold On,’ which will probably be our second single, and ‘How To Fly.’ They were both about my daughter. I’ve got four children and my youngest, she is now 15 months. She was born three months early, so the lyrics behind that were about her fight for survival in her early days.

What’s Ross like to work with? You’ve worked with them for many years, of course, but what’s his strength as a musician and collaborator?

Well, gosh, he’s a multi-instrumentalist. He’s just an amazing guitarist and knows how to write songs and how to structure a song and is really open to other ideas as well so it flows quite naturally for me.

You’ve worked on and off together for twenty years – do you know what makes each other tick now or are you still capable of surprising each other?

I think I did surprise him lyrically with some of the new songs and I think it was quite refreshing. We just click. He knows how to write good songs and I know how to come up with a good melody. It just works.

Do you have a tried and tested process when you work together or does it change from album to album?

With this one it started mostly with acoustic guitar or chords on the Rhodes piano whereas before on the last few Morcheeba records like ‘Blood Like Lemonade, and ‘Head Up High,’ they all started from beats and then they grew that way. But on the very early records we were all in the same room at the same time (laughs). Ross and Paul had a flat over in Kilburn in North London and we’d really stay up late at night. Paul would have pages of lyrics and melodies and then it changed with the melodies coming first and then the tune and then the lyrics. Then we had a break when Ross moved to Los Angeles and Paul was living in France. So we collaborated a lot by email on ‘Blood Like Lemonade’ and ‘Head Up High.’ On this ‘Skye Ross’ record, I was pregnant and Ross’s wife was also so it felt more comfortable to do it in our own homes because we both have our little studio setups. I’ve got a mic set up in what I call my sewing room and my husband recorded the vocals and then we’d send them through. So we worked quite quickly that way and didn’t have to arrange things like childcare. When we did come together to record live drums and bass, that studio is just round the corner to where Ross lived, and his wife did some background vocals as well and my son plays the drums on it. So it’s a bit of a family gathering.

Yes, it sounds like a real family affair. How old’s your son who plays the drums?

He’s 20 now. I was pregnant with him when we recorded ‘Who Can You Trust’ (the band’s first album in 1996). I was five months pregnant when we signed our record deal with China Records and we were really nervous thinking that they wouldn’t want to sign a band with a singer that was pregnant so we kept it a secret and basically avoided any meetings with them or when they came down to the studio we wouldn’t be there. I would make myself busy somewhere else and I think it was probably like a week before he was due to be born that our A&R guy came in and saw me and said ‘bloody hell, where did that come from?’ (laughs). We were young back then and it was a five album deal that we signed and we thought they wouldn’t want to sign a band with a singer with a baby. I made a conscious effort so that I didn’t let them down. I wouldn’t let having a child stop me from touring and luckily Ross and Paul let my children come with us so all of my children have all been on tour up until the age of four when they had to go to school. They all come on tour and take a friend or relative with them just to help look after them.

(Laughs) Yeah, exactly. Parents are never cool in the eyes of their kids but one time, I think, on the ‘Blood Like Lemonade’ album, there were some rapping on there. I learned the rap and then performed it when we were playing live. And I saw that look in my son’s eyes, like “oh my God, my mum’s rapping!” So maybe I was cool in his eyes. (Laughs). But my children have always been fans of the music and always pop their heads round the corner whenever Paul would send beats through. My son would be like: “wow, that’s a really cool beat.” But I also learn a lot from them. My daughter’s eighteen and I always listen to the music that’s always coming out of her room. I stand outside and Shazam it to find out what it is she’s listening to.

Does your daughter sing or have any musical aspirations at all?

She’s got a great voice and I encourage her but she says “mum, nobody wants to be Solange,” who is Beyonce’s sister. She says “it’s like you’re Beyonce and I’m Solange and nobody wants to be her.” But I tell her, “hey you could be Beyonce. You could go beyond me and do better than me.” But she’s still finding herself. She’s got to try lots of things and find out what it is that she likes.

It’s a difficult age, isn’t it, when teenagers have got to make big choices and big decisions in life when they’re still so very young.