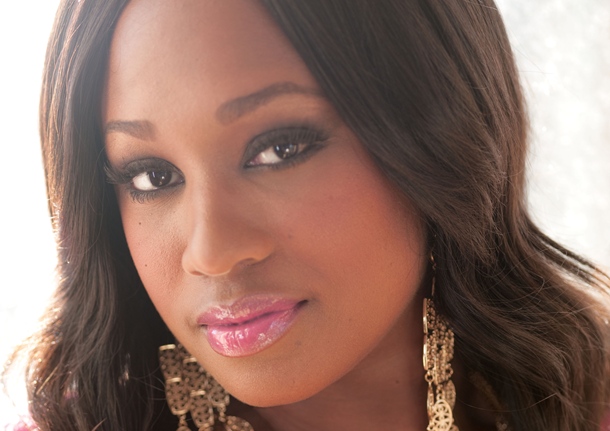 Back in 2001, sassy North Carolina singer Sunshine Anderson arrived like a breath of fresh air on the R&B scene with her infectious single, the anthemic ‘Heard It All Before,’ which topped Billboard’s urban charts for over a month. The track came from her strong debut album for Atlantic, ‘Your Woman,’ expertly helmed by Mike City, a west coast songwriter/producer who had discovered Anderson when the singer was in her late teens.

But despite the success that followed her first long player, Anderson inexplicably fell off the R&B radar, only surfacing some six years later, with a largely-ignored sophomore set, ‘Sunshine At Midnight’ in 2007. Dispirited and frustrated by her experience in the music business, Anderson – who’s also a graduate in criminal law – began studying cosmetology in her native Charlotte (the North Carolina town that also gave the world Jodeci, Anthony Hamilton and Tweet) with a view to staring her own business. Thankfully, in 2010 music intervened – she signed a new deal with mentor Mike City through major label Verve Forecast – and Anderson’s aspirations of opening a beauty salon have been put on the back burner…for now, at least.

Her third album, the positively-titled ‘The Sun Shines Again,’ has just been released and reminds soul folks why her debut was so eagerly greeted almost a decade ago. The singer recently chewed the fat with SJF’s Charles Waring and talked about her life and the ups and downs of her career….

You’ve worked with Mike City on all three of your albums. What’s he like to work with?

Mike City and I are friends first. I met him when I was 17 years old, when I was a freshman in college, so he’s been there from the start. He raised me in music. I learned structure from Mike City. So it’s great working with him and he’s a ball of fun. He’s a nice guy and he has a family of his own with two children. We’ve kind of grown up together in life – you know I had a family, he has one now. So it’s a great relationship.

What qualities as a producer do you like about him?

Mike City taught me that simplicity can be so much better than trying to make things so hard. Do what your heart tells you, you know. For me, the beat tells me what the song is gonna talk about. And that’s what I mean when I say I learned structure from Mike: knowing where to climax the record and where not to. It’s just great watching him and seeing him progress.

Was it through Mike that your deal with Atlantic originally came about in 2001?

Yeah. I was really young then. Well, not really young, but really young and green in music. I had been working with Mike City and an independent label, Soulife, which we formed with Mark Sparks. He was responsible for Soulife. So from the time I was 17 years old I met Mike City who introduced me to Mark Sparks who then turned out to be from Charlotte. So I would go back and forth on the weekends from college to home and go to the studio and record with these guys. And so that went on for a period of about nine years – it covered the years I was in high school, my first years in college and after I graduated when I moved back home to Charlotte. I was in Washington DC where I was working for the government in human resources when I got a call one day from Mark Sparks and he said “we got a deal, come to California”. And I was like: “you ain’t serious, you’re all playing!” And he was like: “no, I’m serious.” So that was what kind of sparked it off. And before I knew it I was Sunshine Anderson and was number one for five weeks (with ‘Heard It All Before’).

Is Sunshine your real name?

Sunshine is my real name. Definitely. And my daughter’s middle name is Sky. We call her Sky. So Sunshine and Sky.

How did you feel when the release of your second album ‘Sunshine At Midnight’ was delayed?

I was disillusioned after ‘Sunshine At Midnight.’ I really saw the growth from the first to the second LP. When it wasn’t received well and people basically nitpicked I thought “Gosh, what’s happened?” I thought again, maybe this isn’t for me. When it doesn’t happen the way you dreamt it, it’s hard.

Was that why you left Atlantic Records?

Well, the reason I left Atlantic was because Atlantic went into a merger and when they came out of the merger they said it would probably be a year and a half before they put my album out. After the success that I had had with ‘Heard It All Before’ – the album went gold, almost platinum – I was just amazed that they (Atlantic) wouldn’t go forward as soon as possible and I was upset. I asked for a release from my contract and the release was granted. I was amazed even then to come to find out that after all of that, there was no other label waving the red flag for Sunshine either.

Can you remember your first exposure to music? How old were you when you first showed an interest in music?

Music was always in my household. But I’d say the earliest I probably remembered music is at school. We did a little recital in school. It was a tap dance. My mother had me in dance class and we did tap dancing, ballet and jazz. I loved to tap. So we did tap dance to the song ‘Raindrops Keep Falling On My Head.’ I don’t even really remember singing at that point because I wasn’t raised in the church or anything where I was singing in the choir every week. It was nothing like that. But my parents played music and sang. My dad was more of a doo-wop kind of guy and my mum was more into classical music. She loved and she sang classical music. So music was always in my house but that song (Bacharach and David’s ‘Raindrops Keep Falling On My Head’) I remember liking so much and being able to sing it along with the dance I was doing. It helped me just shine on that gig. I remember all the recognition that I got. People were saying “oh, she’s so good” and I had to be seven or eight. But I remember that song first and that’s what kind of set it off for me.

Going back to that time again, what sort of musicians influenced your own style? Whose records did you listen to?

Oh gosh. Phyllis Hyman, Lou Rawls – his ‘Tobacco Road’ – and, of course, the other greats: Smokey Robinson, Stevie Wonder, Lionel Richie and the Commodores. Oh yeah, we had it all. My mum and dad had all the records.

Sunshine Anderson’s ‘The Sun Shines Again’ is out now via Verve Forecast.