Just For The Record: Lucie Silvas talks E.G.O. with Soul and Jazz and Funk 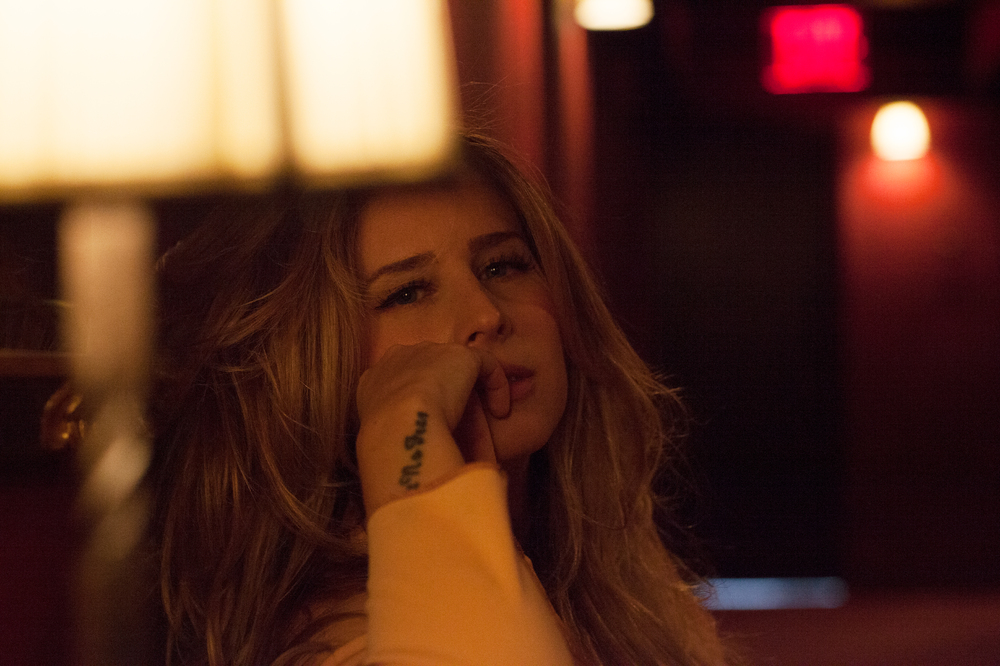 On August 24 Lucie Silvas will release E.G.O., her fourth album and her follow up to her critically-acclaimed and roots-infused Letters to Ghosts.

E.G.O. is an exquisite blend of soul and funk and blues, bringing to mind Motown harmonies and Philly soul with moments of country, gospel and 1970s pop. E.G.O. takes you on a journey back in time to the music of Dusty Springfield, The Beach Boys and Carole King, and even Frank Sinatra on the track ‘Everything Looks Beautiful.’

Recently, SJF contributor, Emily Frances Algar, had the opportunity to interview Lucie Silvas and asked her about the music and artists that inspired E.G.O, her childhood influences, politics in music, and the importance of honesty in making music…

I remember listening to ‘Find A Way’ from Letters To Ghosts and thinking, I’d love to hear Lucie make a soul/Motown record, it suits her voice completely. And then I listened to E.G.O., which is sonically a very soul, blues and funk orientated record. Was it intentional to make a soulful sounding album? Did ‘Find A Way’ give you a taste for what you wanted to create for this record?

I did love writing and recording ‘Find a Way’ for ‘Letters To Ghosts,’ ’cause I knew it was pointing it the direction of a sound on which I grew up. I love Motown, and songwriters like Bacharach-David and Dusty Springfield. Something about singing that made me feel like a kid again singing in my parent’s garage. The new album has a lot of childhood influences and I wanted it to have that retro essence in there, but to overall make a modern-sounding record that was unique to me, and not just something I tried to copy from the past.

What sort of music were you listening to when you were writing and recording, and how did this feed into the soundscape of the record?

All sorts of things from older stuff like Ray Charles and Roberta Flack to Arctic Monkeys and Alabama Shakes. It doesn’t matter what style of music it is, I just listened to anything that moved me and that’s probably why the music I make doesn’t always fit into one category. I just want to record songs that make me feel something.

When I listen to E.G.O. I hear Carole King, the Beach Boys, Dusty Springfield, Motown harmonies, Philadelphia soul as well as rock’n’roll, funk and gospel, particularly on the final track ‘Change My Mind’. Can you talk about this?

I love that that is what you take from it. I’m not only a fan of those artists and the music but it was the time they came out of – the way that music was being made, in a different world and culture. I wish I had known what it was like to be an artist in those days and maybe I even over-romanticize about it, but I’m old school in the way I approach most things, so I feel at home.

‘Smoking Your Weed’ is one of my favourites of the record. The instrumentation is really raw and bluesy whilst the lyrics are really interesting; you can’t quite tell whose side the writer is on: the girl with the see-through dress or the guy who is clearly clueless. Was there a particular story you were trying to tell and how did you decide on the instrumentation and arrangement?

Ha! That’s a good point. I think I’m just on the outside of it just observing how these two people are operating. It’s actually a true story of two friends of my husband and mine and our co-writer Kate York knew when we were younger and how silly it all sounded to us now. There’s sort of a message behind it, too, in that we can’t always see what people really want from us… we see what we want to see and ignore the signs that they may not be genuine… especially when we are too high to be logical about it!

Is there a favourite lyric off the album that you are most proud of?

“Everything you say about me is true, but just for the record I really loved you” – I said something I felt so deeply in the simplest way we could find.

‘Black Jeans’ is another favourite of mine off the album. It feels very introspective without being too sad and has something of Philly soul about it. There’s a line in the song where you sing, “I ain’t a consolation prize/ I hate it when you size me up/ Oh it’s time you see me with my cards faced up”, which I found both incredibly empowering but sad too. Can you talk about where the song came from and how you went about writing and recording it?

Thank you for picking that out – it’s very poignant for me. This whole song felt cathartic. My friend JD Mcpherson had that title, and we didn’t know what it meant at the time but as the song progressed it felt like we had found a way to talk about a persona and a way that people view you. I think sometimes people have had the impression that I wasn’t ambitious just because fame isn’t something that matters to me. I’ve felt judged for wanting some balance in my life. It’s my way of saying that I’m going be who I want to be and not apologise for it whether it’s about wanting to shine or stay hidden away. I don’t need fame to feel like I matter but I do need music in my life to feel content.

I like that you carry the honesty from your previous record into this one. With the title track showing the darker underbelly of the human ego; the selfish side of ourselves we are told keep hidden. The same with ‘First Rate Heartbreak’ which shows the self-destructive side we have of looking for intense love in all the wrong places because it feels better than settling for a mediocre love. Have you always been that way when writing music, not afraid to show the uglier and darker parts of yourself?

I do think it’s important to be honest about yourself.  And yet still there is so much that I probably don’t let people see. But I don’t wanna be out there singing and writing about things that aren’t true to me, or that paint me in un unrealistic light. The fact is I struggle with myself or life just like everybody else sometimes, and have many flaws, some of which I try and work on, and it helps to write myself out of those habits.

In the current political climate, here and the United States, there is a backlash currently taking place against women and girls. I wonder if this seeped into your songwriting for this album? Songs like ‘Kite’, ‘Girls From California’, ‘Smoking Your Weed’, ‘Black Jeans’ and ‘E.G.O.’ feel very forceful and assertive in the way the female characters are portrayed. Was this a deliberate choice or did it happen more organically?

Perhaps subconsciously I was writing with that in mind but honestly it wasn’t something I really gravitated towards purposely. It’s just my way of asserting myself or just caring less what I think I can and can’t do about either myself or other people. I’m not targeting anyone.  I’m just observing and talking about the role I find myself playing also. ‘E.G.O.’ as a song was empowering for me to write and fun cause I don’t want to take myself too seriously. I love making music –  it’s everything to me, but the rest of it – the attention and notoriety of it all, and how fleeting success and popularity can be is all just nonsense I don’t wanna spend my life focusing on. This should be fun and meaningful but something that defines who you are as a person.

When I interviewed you back in 2015, I remember you said, “until you are ready to let go and start over, you’re in a holding pattern that won’t let you move forward. This album is the very essence of that, of trying to move on, facing who you are, and changing into something completely different.” Do you feel like you accomplished all those things – moving on and letting go but also being okay with the person you are at this moment in time?

I’m just taking each day as it comes. I’m a born worrier so every chapter of my life there is more to face and worries are replaced with other worries! But I definitely feel that I have let go of the things that were holding me back before. I’m having more fun than I ever had and am more confident in myself. Whatever happens with music, I know that I’m saying what I wanna say, and I’m gonna continue making music until it doesn’t make me happy anymore which I doubt will ever happen.  The people I love and my family are first in everything I do, and am. As long as I can look at them and look at myself in the mirror and believe I’m a decent person, I’m happy.

LUCIE SILVAS’ E.G.O. IS OUT NOW VIA FURTHEST POINT RECORDS