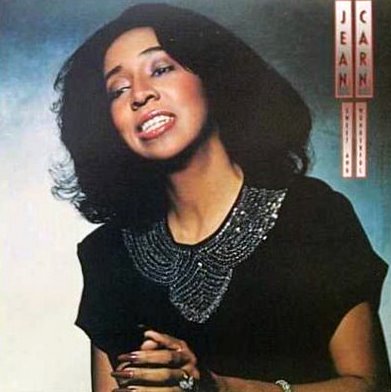 In the second instalment of our recent interview with legendary soul siren, JEAN CARNE – famed for her association with Philadelphia International Records and who recently visited and performed in the UK – the Atlanta-born chanteuse talks about her experiences with GAMBLE & HUFF, MOTOWN and …NIKITA KHRUSHCHEV!

Did the exposure you get with producer Norman Connors on his mid-’70s recordings lead you to sign with Gamble & Huff at Philadelphia International?

Actually, Kenny Gamble called me through a wonderful and iconic keyboardist in Philadelphia called Eddie Green. Eddie got in touch with me and said that Kenny Gamble wanted to have a meeting with me about coming to Philly International, ’cause I noticed every time I performed in Philly, folks would come to see me from the label – and sometimes even artists, like Billy Paul. Billy had been a friend since the first performance that Doug Carn and I did in Philadelphia at a small club. I think it was called the Aqua Lounge. Billy came in and told us he loved our music. He was this big star and we felt really good about that.

And then Gamble & Huff found out about you?

I went into the record company, 309 South Broad Street, and had a meeting with Gamble. It was on the night of a Muhammad Ali fight, which was going to be in Atlantic City and everybody had left the building because they got on the train and went to the fight. Gamble and I were going to talk for an hour and then he was going to go as well, catch a train himself. But we talked through the whole fight. That was the beginning of my solo career and Kenny and Leon (Huff) and all the artists who are still with us, producers, even engineers, are still really close and we’re still all family. Everybody supported everybody else. It was so unique. I’ve never heard any other artist describe that kind of situation because if you know somebody’s in the studio and you pass by the building you just park your car and you go in and you give them a hug and you sit there in the board room and you look in at them for a while and throw them a kiss and let them know that you’re rooting for them. At any point in the studio I could see some of my comrades out there  when I was recording – Billy Paul might come in or Teddy (Pendergrass) or McFadden and Whitehead, who wrote and produced some of my songs or Harold Melvin or members of the Jones Girls. It was just this one, big, beautiful family. In fact I’m still godmother to Gamble’s children and I’m going to his eldest son’s wedding next month.

It must be wonderful to keep in touch over the years.

Oh, it really is. But it’s not just keeping in touch because we’re really family.

Oh, it was just great. When you go in (to the studio), Kenny Gamble would tell me: “don’t sing anything that you don’t want to sing – you know what you like and you know what your audiences like.” The reason I enjoyed going with them in the second place was because of their messages. There were inherent messages in the songs I recorded on the albums that Doug (Carn) and I did so it was a really smooth transition. When I went into the label, I went from production room to production room, where the writers worked and the producers worked, and they would let me hear the songs that they had for me and I would just pick the tunes. It was just wonderful.

It sounds like you had a lot of artistic freedom.

They truly respected your talent, didn’t they?

Yes, I was so blessed. I was very pleased that that was the case.

And there were some great arrangers at P.I.R., like Bobby Martin and Jack Faith…

And Thom Bell and Dexter Wansel, who of course is still a premiere arranger, and of course, artist. And Bunny Sigler, one of the best voices in the business, and who wrote some of my favourite songs: ‘You’ve Got Your Hooks In Me,’ and ‘Your Body’s Here With Me But Your Mind Is On The Other Side Of Town’ that he wrote for the O’Jays and ‘Somebody Loves You Baby’ that he wrote for Patti LaBelle. P.I.R. was just a storehouse or smorgasbord of talent and good vibes and good people.

It was an amazing time for you and you made some tremendous records too. Some of your tunes have gone on to become anthems like ‘Don’t Let It Go To Your Head’ and ‘Was That All It Was.’ Did you feel when he first heard those songs that they were special?

I definitely loved all the messages but ‘Don’t Let It Go to Your Head’ was one of those that my kids would even use that phrase when they wanted to ground themselves (laughs): “don’t let it go to my head!” And it’s become, of course, like you said, my anthem, my theme song, and ‘Was That All It Was,’ that was co-written by Jerry Butler, who wrote with Gamble & Huff ‘Chain Of Fools’ and ‘One Man Band’… I didn’t know that until going into the building and down this hallway there’s some sheet music of those songs and that’s how I knew. I said well, I’ll be darned. That was before Gamble & Huff even had a company. They didn’t even have a building then. They were turning out hits before then in the ’60s. And I recall that they bought that building; it’s like a block. Huff was almost in tears because there was a record label in that building when he and Gamble were very young and he said he used to get chased out of there because he would go in and try to soak up all the vibes and the music and he said “I used to get chased out of this building,” and it was very touching.