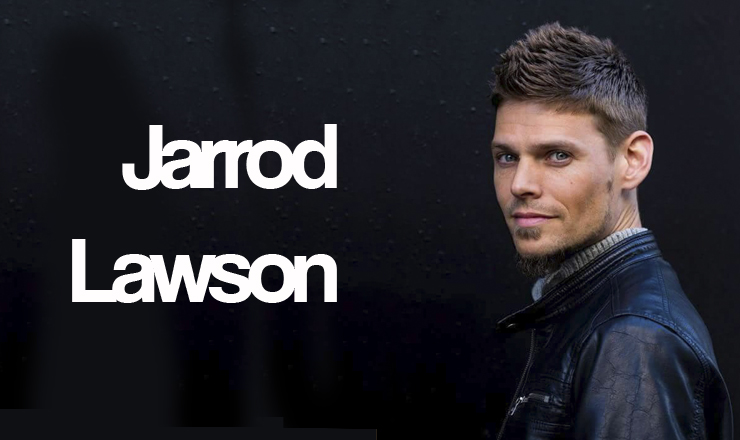 It’s been a memorable whirlwind of a year for America’s rising soul star JARROD LAWSON. Just over twelve months ago the 37-year-old singer and pianist was unknown to the public at large and working as a piano tuner in his home town of Portland, Oregon. Today, in June 2015, he’s just picked up an award – no doubt the first of many – at Jazz FM’s awards ceremony in London, beating D’Angelo and Lalah Hathaway in the process to pick up a prestigious Soul Artist Of The Year trophy. SJF’s man-on-the-spot, Charles Waring, managed to grab a few moments backstage with the amiable Dome recording artist before the winners were announced…

Were you in the UK already or did you come over specially for the awards?

I flew in from Chicago. We were doing a little US tour and we were right on the tail end of the tour when I got the call: ‘we’d really like to bring you to London for this award show,’ and I was like (laughs) okay, I’d better not go home then. So I literally flew straight from Chicago.

What does it feel like to be nominated for Jazz FM’s Soul Artist Of The Year?

It’s a huge honour. For me to see my face on this little marquee right here next to D’Angelo and Lalah Hathaway, it feels like I’m living somebody else’s life (laughs)…

What’s your life be like in the 12 months since your album came out?

It’s changed a lot. It’s been a year of growth for me in a lot of ways, as you’d expect when a person goes from tuning pianos every day to suddenly touring all over the world and getting to share my gift all over the world.

It’s been a whirlwind for you in a way – how do you keep grounded?

It has been. For me, I think the whole experience is so humbling because I never expected any of this. I didn’t record my album thinking this is going to stir up the world and change things… I hoped that it would do good things and that it would be an opportunity for me and be a launching pad for me to share what I do with the world but I never could have predicted the trajectory that I’ve been on now for the last year. It’s been incredible.

You’ve been warmly embraced by the UK. Have you been surprised by its enthusiasm for your music?

It feels amazing and I am surprised – very surprised. People have been telling me for years,  friends of mine from Portland where I live – one in particular, Lyn Warfield, who has been singing with Prince for about five or six years and is now touring around doing her own thing. She was telling me, man, get up out of Portland and go to the UK. You’ll thank me later. Just do it (laughs). And now that I’ve experienced what the UK has to offer in terms of the reception to soul music specifically, and jazz, I could never go back. It’s like I want to live here now.

How does it compare with the USA, then? Is it harder to make an impact there because it’s so large?

I think so. The US has its markets  – Atlanta, New York – for this type of music but when I’ve come over here I’ve gotten a great reception, everywhere I go – and it’s not just the UK, it’s all over Europe.

You’re playing the Love Supreme festival in Sussex on July 5th. What can we expect from you?

More of the same. Just trying to deliver the best quality performances that I can. I’m bringing a six-piece band with me again. I’ve got a background vocalist with me, which unfortunately, I was not able to bring on my US tour. When you listen to my album you get a sense of what an important component of the music vocals are. When it’s out front it’s very prominent, so when I do shows without my background vocals, it’s a totally different show and I have to tailor my set list that particular kind of performance, whereas when I have them with me – which will be for all of the next seven weeks tour that I’ll be doing in Europe – I can really deliver the full experience. So that’s what we’re bringing (laughs).

Looking further ahead, have you got plans for another studio album?

Oh yeah. Absolutely. I’ve already got three songs that I have been previewing to people on our last few tours that will be on the next album – ‘Soul Symphony,’ ‘Connected,’ and ‘Not Gonna Let Them’, three songs that I’ve been mixing into the set. It will be very soulful, it will be very jazzy also, but even a little bit more, whereas I think my debut album was maybe leaning slightly more to the jazz side, this one is going to be leaning slightly more to the soul side.

Are you looking to work with any outside producers this time?

I think for this album I’ll probably produce myself again. For the third album I’ve toyed with the idea – not because I have to, just because it will be fun – of maybe reaching out to somebody like, say Omar, just because I think the result could be really special.

Jarrod Lawson is on tour in the UK in June and July (June 26th Glasgow Jazz Festival, July 3rd The Stables, Milton Keynes, and the Love Supreme Festival July 5th).