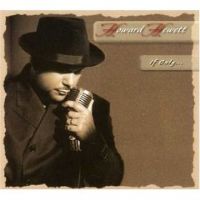 Long-time UK soul favourite, HOWARD HEWETT is currently re-promoting his last album – the wonderful ‘If Only…’ which will be reissued with some new mixes on the key cuts. Though busy in the studio, HOWARD found time to speak with www.soulandjazzandfunk.com and we began by asking him what he learned from his time with SHALAMAR that was useful to him in his solo career…
I believe one of the most important lessons I learned from the group and brought into my solo career is humility. The fact that we are not in this alone. No matter how great you believe you are, we need each other…a good team…a good support system to help navigate you through this experience we call life.

After Shalamar, you were signed to Elektra and enjoyed some success – but maybe not as much as you, the label and your talent deserved – did that frustrate you?
You know, I’ve always been “the glass is half full” kind of person. There were frustrations early on with the lack of Elektra’s ability to capitalize on things that had been accomplished while I was with the group. But then you realize that, especially when doing a project, the most important thing is to do your best. I believe that as long as you stay diligent and work to perfect all that you do, you’ll end up where you’re supposed to be.

How do you think your solo career has evolved since the Elektra days?
I would hope that the differences between the early solo projects and the ones now would be depth…growth. We’re always learning…experiencing different things in life, forming philosophies, and discarding some. We observe different things that effect us in so many different ways…loves…love losses…triumphs…disappointments…and I have a great job that allows me…encourages me to write about these things. Express things that some may find hard to express. Maybe bring clarity to things that may not be too clear to someone…and to myself.

In the UK, certainly, your ‘It’s Time’ is considered something of a soul masterpiece – what can you tell us about that album?
The “It’s Time” project was such a special, progressive project for me. It was the first independent project away from the Major Record Company politics – away from the A&R Departments…the Suits…Bean Counters and so on. I was fortunate with my previous projects on Elektra to have major creative input and control…but with “It’s Time” I had total, complete creative control. And Monty Seward and I had an amazing time piecing it together.

Your latest album is ‘If Only..’ – how did that one come about?
When I finished the “It’s Time” project, the recording industry was in a crazy state. This was around ’94 or so. Hip Hop was getting stronger…Rap was still going strong and showed no signs of slowing down. Even my audience was enamoured with it…which was understandable…it was something new, exciting. So that was cool. I saw it as an opportunity for me connect back with my audience. I wasn’t interested in the recording atmosphere. I’m not that “Fast Food” type of writer…I have to feel what I’m writing…what I’m writing for. So I went back out on the road. In the course of that time I recorded a complete Inspirational project called “The Journey” and did a lot of outside projects for friends of mine, but it was just a couple of years ago that I felt the urge to get back in the studio for my own R&B project. I had a concept floating around in my head about relationships…about the importance of asking questions in your relationship. I was calling the concept “Enough”. Brandon Howard, Miki Howard’s son, who I’ve known since he was 5 or 6 years old, brought the perfect track…I finished the lyrics and melody…George Duke and I produced the song and I was off!! It felt great getting back to creating. Ralph Johnson, one of the original members of EWF, who’s been a good friend since I was about 20 years old, approached me about some people that were interested and serious about putting a deal together for a recording company that I could partner with – not only as an artist, but as an owner. We met with Mike Reynolds and Mike Nason of Groove Records and after some time we decided that we wanted to be in business together. I found a home for “If Only.”

What artists have influenced you in your career?
There have been so many musical influences in my lifetime. When I was a kid I went through my Stevie Wonder stage, then there was the Marvin Gaye stage…Donnie Hathaway. I remember one of the most vivid influences was when I first heard “There’s A Riot Going On” by Sly Stone…you know how something happens in your life and for the rest of your life you remember where you were. I was sitting in my car in the parking lot of my high school at lunch time, with some of my band members. We had this band called “Lyfe” – there were about seven of us and four of us went to the same school. Somebody brought the 8 track of Sly’s new release…I put it the car player…and we where blown away!! The arrangements…the new technique of plucking the bass that Larry Graham was introducing…the horns, the funk!!! It was amazing!!! It changed our whole concept, our whole way of approaching our musical goals.

And what about the future – what are your plans?
My immediate future plans are to go out and support the “If Only” project….and I’m looking forward to getting over to the UK to perform the material for everyone there. I enjoy myself when I hang out over there. I always have a great time.