HOLDIN’ ON WITH JAMES… THE JAMES HUNTER INTERVIEW 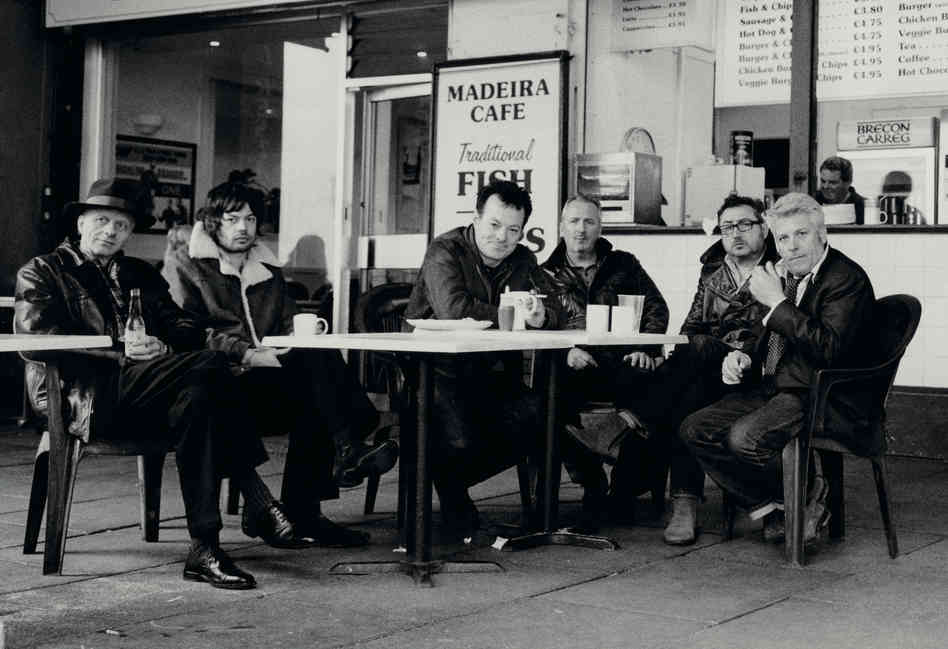 UK singer/songwriter JAMES HUNTER is one of soul’s best kept secrets. He enjoys a devoted coterie of fans who embrace his quirky take on classic soul and R&B (à la Sam Cooke and Ray Charles) but despite a slew of great recordings behind him, collaborations with Van Morrison not to mention a GRAMMY nomination, James is still largely unknown in the mainstream. Maybe that’s all set to change withy the February release of his fourth album – ‘Hold On!’. The ten tracker’s a collaboration with the Daptone team and has been produced by Daptone head man Gabe Roth. Musically the soundscape is what James Hunter does best…. an infectious blend of retro soul and R&B , delivered by his band mates …. The James Hunter Six.

With the release of ‘Hold On!’ imminent, we thought the time was right to speak to James and learn more about ‘Hold On!’, but maybe the best place to start, we thought, was to get James to introduce himself and his music….

Well, there’s six of us, Damian Hand (tenor saxophone) Lee Badau (baritone saxophone) Jonathan Lee (drums) Jason Wilson (bass) and Andy Kingslow (keyboards, percussion, spoons) and we make a racket a little reminiscent of early soul music but with the attitude of punk and none of the musicality.

OK then, so tell us about your background, musical influences and early experiences… essentially how did signal box engineer Neil Huntsman become guitar-toting James Hunter

I was born in a council estate in Colchester, Essex and my family moved to Australia in 1970 (on the tail end of the cheap emigration plan). I got fed up with that and came home in 1972, staying in Colchester for 14 years until I moved to London to get into the music stuff. I got into blues, black rock ‘n’ roll and soul music through some local record collectors. One was a railway colleague who worked on the platform at North Station. He’d been to Chicago in the early 70s after a chance encounter with Howlin’ Wolf in Essex! Wolf invited him over to visit and he ended up meeting most of his heroes including Walter Horton who subjected him to a barrage of verbal abuse for not buying him a bottle of whisky (Sunnyland Slim happened to be on hand and calmed Walter down by fetching him a clip round the ear. I’m not making this stuff up!). Anyway I eventually started learning the guitar and formed a trio, playing local pubs and clubs… eventually attracting the attention of some musicians in London who invited me to come and jam with them.

Tell us about those early experiences in the music biz…. was that with your first proper band, Howlin Wilf and Vee Jays? What would one of your early gigs consist of?

Yes, we thought Howlin’ Wilf was quite a funny name and needed a cool-sounding “and the” moniker to offset it. We just picked “Vee Jays” because we thought it had a ring to it. At first we would busk under the railway bridge by Camden market, next to the Carnarvon Castle pub. We used to gather a fair crowd and one day an enormous Indian bouncer from the pub all but lifted me up and took me inside. I thought we were in for a hiding but it turned out to be my first indoor London gig.

Then Van Morrison got involved with you …. Tell us about that….

We met him in 1989 at a gig in South Wales run by a mutual friend. Then again at the same place the following year when I had started the new band (that became “the six”). We sat with him afterwards, had a cup of tea and talked about music in general and Sam Cooke and Jerry Lee Lewis in particular. His friend told us he thought Van might be keen to work with us and I said we’d be up for it. When I didn’t hear anything for a year I called the friend and asked him to ask Van to get his finger out and he called us the following day. That resulted in our first live appearance with him on TV at the Belfast Telegraph awards on which we did a Bobby Bland song called “You’re The One” and James Brown’s “Out Of Sight”. A few harried telly executives urged us to persuade Van to do one of his own songs but we just said “You ask him”!

Didn’t Van sing backup on some tracks on your first long player… what was it like telling/asking him to do certain things… did he offer advice?

We picked songs he already knew and liked, and anything by Bobby Bland is a safe bet where Van is concerned. He was in a bit of a state that day as he’d done the Albert Hall the previous night with Ray Charles and had had a bit of a late one. He coughed and spluttered through the first take of each song and then delivered a perfect second take. Even though he was feeling rough, his assistant told us that on the way he was very concerned to be there on time and not let us down, which was quite touching.

Then, I think, the roles were reversed… you did BVs for him… what was it like working for him? Is he a hard task master?

Maybe he is with his band but on the “Days Like This” session I barely did anything. My sole contribution was on a track called “Melancholia” on which I sang the word “Melancholia” a few times.

How did the relationship with Van Morrison peter out?

It didn’t really. My work with Van has always been intermittent and comes out of the blue. I worked with him often but not on enough of a regular basis to be able to establish whether or not it had ended.

Then another highlight, maybe? Your album ‘People Gonna Talk’. It was nominated for a Grammy… did that surprise you? Were you disappointed you didn’t win…. the acceptance speech straight in the bin?

I was a bit. I had the exact moment rehearsed when I was going to burst into tears and I didn’t get the opportunity. When it was announced Ike Turner won he didn’t even bother going to the stage, he sent someone to cry on his behalf.

Let’s fast forward now to 2013 and your album ‘Minute By Minute’. For this you’d changed you billing to “The James Hunter Six”… why?

Whenever people asked what the band was called I didn’t like saying “James Hunter”. And we couldn’t think of a band name that didn’t sound corny. Then one day we were in a dressing room in San Diego with album covers on the walls, one of which was “The Ramsey Lewis Trio”. Naming the band after the number of members sounded cool so we went with that.

Damian Hand (tenor saxophone) Lee Badau (baritone saxophone) Jonathan Lee (drums) Jason Wilson (bass) and Andy Kingslow (keyboards, percussion) …. We all joined at various times. The longest serving is Jason who has been with us since 1988 and the new boy is Jonno who has only done twenty one years (get some in, Jonno!)

Presumably they’re the band on the new album, ‘Hold On!’?

Yes. I wouldn’t want to record with anyone else after so long and for me nobody else is good enough. Besides, they’d kick my head in if I didn’t use them!

And the new set is out on Daptone… how did you hook up with those guys?

We recorded with Gabe (head boy @ Daptone) when we were still signed to Concord and they leased the vinyl version of that record (“Minute By Minute”). We thought they would be a good record company to be with, so once our contract expired we harangued them until they caved in and signed us.

Tell us about the Daptone set up and, apart from using their studio and being signed up, what artistic input did people like Gabe Roth have on your music? How much independence did James Hunter have?

The arrangements are all cobbled up between us in the band and then Gabe will suggest a few improvements. The first James Hunter song ever to have a breakdown in it (“Free Your Mind”) was because Gabe had the idea. I’ll try anything as long as it isn’t something I know I’m not going to like.

Listening to the set, I can hear all kinds of influences. For instance ‘In The Dark’ reminds me of Willie Tee while ‘Something’s Calling’ has the flavour of the 60s uptown soul balladry of people like Chuck Jackson. When you record do you have a particular sound in mind or does it “just happen”?

Yep… “Something’s Calling” definitely sounds like a Chuck Jackson track, especially over the fadeout. It wasn’t intentional even though I’m all over that stuff, but it was largely due to Andy Kingslow’s Bacharach-alike organ fills. It’s in large part down to him that the record sounds as classy as it does. Speaking of class, I also have to make special mention of the three vocalists who sang on that track along with “This Is Where We Came In” and A Truer Heart”, namely Gregory Lee, Alex Desert and Malik Moore from “Hepcat”. They really lifted the whole thing beyond what I could have hoped for, and they were a laugh to work with.

Are there any other tracks you’d like to draw our particular attention to?

Yes, there’s always one that you hope will be the hit, and my favourite is “This Is Where We Came In”. I always felt that phrase was crying out to have a song made out of it, and I knew there was one in there somewhere. It’s the track I always wanted to make.

Finally, how would you counter critics who glibly says that the sound of James Hunter (and indeed of Daptone) is “just retro”

There’s a musician (I wish I could remember who it was) who said “When they say ‘retro’ they mean ‘not eighties”.

Touché … and a final finally, how can we find out more?

JAMES HUNTER SIX’S ‘HOLD ON!’ is released on February 5th on Daptone Records.