Getting Hi in Memphis – THE ROBERT CRAY INTERVIEW 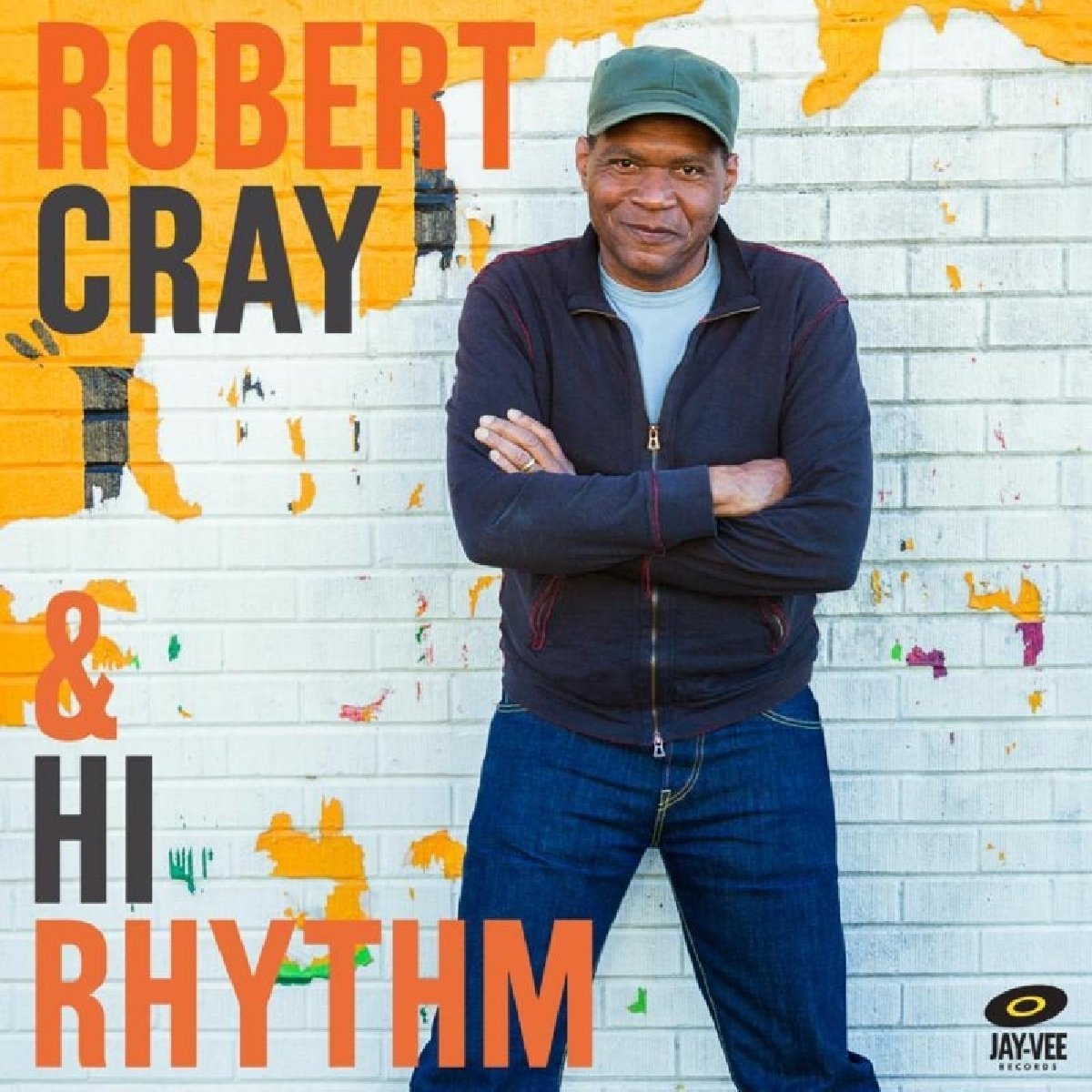 At 62, ROBERT CRAY is now deemed a veteran of blues music, though it doesn’t seem that long ago since he was a fresh-faced young man being touted as a rising star of the genre. But time, as it usually does, can plays tricks on the mind – in fact, 34 years have passed since the Georgia-born singer/songwriter/guitarist broke into the big time with his charting second LP, ‘Bad Influence.’ That was in 1983 and since then, the affable, quietly-spoken, musician  who is seen as a direct lineal descendent of legendary blues figures like Muddy Waters and Albert Collins has been steadily and quietly accruing a huge fan base around the world with his dynamic live performances. In that time he’s recorded over twenty albums and worked with the likes of Eric Clapton, Stevie Ray Vaughan, John Lee Hooker, Keith Richards, and Chuck Berry. While not a household name, perhaps, Cray has been much-feted by the music industry – to date, his work has garnered five Grammy awards – and in addition, his services to blues music were honoured in 2011 when he was inducted into the Blues Hall Of Fame.

Cray has a nine-date UK tour lined up which begins later this month (and goes through until May 2017) and also releases his 22nd long player, ‘Robert Cray & Hi Rhythm,’ at the end of April. Helmed by the singer/guitarist’s old sparring partner, producer/drummer, Steve Jordan, the 11-track set pays homage to Willie Mitchell’s influential Memphis-based record label, Hi Records, which was responsible for putting soul singers Al Green and Ann Peebles on the map.

The Georgia blues maven made the record in Mitchell’s hallowed Royal Studios in Memphis working alongside some of the venerable musicians that had played  on Mitchell’s Hi sessions – namely, organist, the Reverend Charles Hodges, bassist Leroy ‘Flick’ Hodges, and keyboardist, Archie ‘Hubbie’ Turner. Cray blends fresh original songs – exemplified by the excellent ‘You Had A Heart’ – with a couple of songs apiece by Mac Rice (the writer of ‘Mustang Sally’) and Tony Joe White plus a sultry Memphis-style remake of Bill Withers’ ‘The Same Love That Made Me Laugh.’ It’s a soulful collection of powerful performances that like Cray’s previous studio offering, ‘In My Soul,’  dissolves the divide between blues and R&B music.

In an exclusive interview with SJF, ROBERT CRAY talks to Charles Waring about his upcoming tour, new album and other aspects of his long career…

You’ve got a UK tour lined up for the end of April going through to May. Which musicians will you be bringing with you and what can we expect to hear from you in terms of your set and repertoire?

It will just be the quartet. Richard Cousins will be on bass guitar and Dover Weinberg on the organ and piano. And our drummer is Terrence Clark. We’ll play a wide variety of our material that we’ve recorded over the years and mix it up. The audiences, though, in the UK are fantastic because they have a keen awareness of rhythm and blues and the blues music that we play.

Well, the story was an idea that came through the producer and drummer, Steve Jordan. He sent me an email saying “I got it! “Robert Cray and Hi Rhythm.” And I go fantastic! (laughs). So he said “get on it and get some songs together and I’ll bring in some ideas” and that’s how we got going.

How influential was the Memphis sound on your own development as a musician?

Oh huge: it’s just been a part of my life forever. Memphis is the home of the blues and soul as far as I’m concerned. And it’s the birthplace, and the meeting point, for all the different musics that come out of America. And so for me, it was not even an issue. Steve said, “we’re going to record at Royal Studios,” which is the studio that (producer) Willie Mitchell created. I said great and so on the record we used a few of the members of the Hi Rhythm; Charles Hodges on organ, and Leroy Hodges on bass and Archie Turner playing electric piano. And Steve Jordan’s playing drums and I play guitar on that. It was a gas. We really had fun.

And what was the experience like playing in Royal Studios? Could you sense the history that had been made there in the sixties and seventies?

Oh yeah, because the place exists just like it did in those days. Not a thing has been changed. It’s old and clunky and Charles Hodges’ organ has been in the same spot for 40 years and has not been moved. (Laughs). The old MCI mixing board is still in there that they used.

Is it all analogue in there still?

It’s basically analogue but they also use some digital stuff as well. But it’s the same. And all the records, the gold and platinum records, of Al Green, and Ann Peebles and Otis Clay and all that stuff, are in the foyer and there are big pictures of Willie Mitchell and Al Green all over the studio. It’s just a beautiful place.

What does it feel like to be playing alongside musicians that played on so many classic Hi recordings?

I had met a couple of the guys on different occasions but not in the situation of playing with them, but when we were in the studio, knowing a lot of the music that they’ve recorded, it felt like I’d known them a long time. So we got along just fantastically. It was great. We had a really good time. And we’re doing spot gigs here and there with them. They’ll be one in the UK too.

You mention Steve Jordan, your producer, who you’ve worked with several times in the past. What’s his strength as a producer and what qualities does he bring to your records?

Steve is just a fantastic person. First of all, he’s a great organiser. He is a serious part of whatever effort I’m part of. He’s in the room with us at all times, when he was just doing production for us on other efforts, he’s in there, getting us all together and getting us to play the groove for a while until we get it and then I’ll tell the engineer to roll the tape or turn on the machine, whatever we’re doing. On this effort, it was fantastic because he was the bandleader and the drummer, so to have Steve Jordan play on the whole record was fantastic to me.

Is it an advantage if you have a producer who plays with you in the studio and you can communicate directly with each other?

I think so. He’s a pretty unique person so, yeah, it was fantastic for me. Every opportunity that I get to play with Steve, I’m there.

The new album’s got some great material, some of your own and some are covers as well. There are a couple of Tony Joe White songs on there – ‘Aspen, Colorado’ and ‘Don’t Steal My Love.’ What drew you to those songs in particular?

Steve’s wife, Meegan Voss, sent Tony Joe White’s version of the song ‘Aspen’ to me, and asked me what I thought about it. I said this is a really cool song, how come I never heard it before? So I told her that I liked the song and Steve was really happy about that so we cut it. Tony came into the studio too. He’s on vocals on the tracks. He came in and we did ‘Aspen’ and then we did ‘Don’t Steal My Love’ with Tony there. Tony is playing a wah-wah on ‘Don’t Steal My Love’ and then he’s playing guitar and harmonica on ‘Aspen.’

You also do a couple of Mac Rice songs, including the slightly risqué ‘Honey Bad.’ What attracted you to that particular song?

(Starts laughing). Come on, you know!  It’s a funky groove. It’s just one of those kinds of tunes where it’s just fun and that’s what drew me to it. I just love the sassiness of it

Going right back, what attracted you to blues music in the first place?

I liked the honesty, I liked the emotion. I just love it when people put their all into what they’re doing and are so down to earth with it. That’s what I like about it. In the early days, when I first started to listen to blues music, it was a mystery because of all the stories and things that preceded the music. It was more getting into their personal lives, really. People with names like Howlin’ Wolf…

The mythology of it I suppose?

Yeah, the mythology of it and the double entendres in a lot of the songs. When you’re a teenager, all that stuff’s really exciting, but when you get older you see different things and you understand other qualities.

You have a deeper appreciation, I suppose?

Yeah, mm-hmm. The realness of the stories and seriousness of the groove.

Which musician has had the biggest influence on you?

Personally, and one that I had the opportunity to work with, was Albert Collins. He had the biggest influence although others were there too. I spent a lot of time with John Lee Hooker and did a lot of shows with B.B. King. Just the opportunity to be welcomed on the same stage as them to open up was just tremendous.

What’s been the best and most memorable highlight of your career so far?

I can’t really just cite one but I’m just really happy for all the opportunities that have been there: for the opportunity to get on stage with Muddy Waters and performing  ‘Crossroads’ with Eric (Clapton) and playing with Albert Collins and John Lee Hooker. But just to be able to be still here and playing music is probably the ultimate highlight.