GETTIN’ DOWN TO EARTH…. 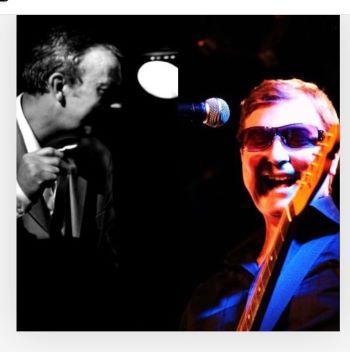 If you’ve a proper soul fan, by now  you’ll know all about Brit band DOWN TO EARTH. Their album ‘Still Ridin’ High’ was critically acclaimed with most reviewers stating that the set was one those rare LPs that you could play right through from start to finish – a refreshing change to formulaic soul albums with fillers, interludes and skits that have you reaching for the skip button. It wasn’t just the critics who liked it though. The album scaled all the credible soul charts. So we decided we needed to know more about the Down To Earthers. We tracked down singer Laurence Thomas Williams who prefers to be known as Lol and began by asking him how he felt about being a chart topper!

Now tell us about the band?

Ok so tell us about your musical journey – where are you from, music influences and heroes….

We are both from the East End of London and our influences are Stevie Wonder, Donny Hathaway, and Gino Vanelli to name but a few. We’ve always loved music as far back as I can remember.  My mum was a singer and Stevie’s  dad was a pianist!

I believe that one of your first bands was called The Unforgettables? What were they like – what happened to ‘em?

Actually our first band was the Soul Train back in the 80s early  90s and we still go out  as the Unforgettables and just  to confuse matters Down To Earth has been  around  since the early  90s! That’s why I just said success has taken a while!

You also do sessions.  I read that you’ve worked across all kinds of genres – I mean – Rick Wakeman, Peter Andre, Evelyn Glenny and Mary J Blige!

Yep, we have done numerous theatre gigs over the years and we’ve opened concerts where those people have appeared alongside us.  Our best one was when supported Mike and the Mechanics back  in 97.

OK , now Down To Earth – why that name and what’s the band’s track record up to ‘Still Ridin’ High’.

It’s exactly what it means. We’re just two “down to earth” people.  We thought it had  a ring to it. We’ve enjoyed 8 appearances at Ronnie Scott’s and the Jazz Café. And  me and Stevie have had some moderate solo experiences too!

Now that album – what kind of sound were you aiming for?

Got to be honest, the sound came naturally I think my vocals are a bit different from other soul singers perhaps that gives it that different sound.

Some of the tracks have a familiar flavour – I mean ‘I Promise’ has an EWF flavour – was that a conscious thing?

No not really at all it was just the sound we liked.

Tell us about the ballad ‘Where I Wanna Be’ – why did you bring in a female singer….and tell us a little about her Bobbi Shepherd (influenced by Lisa Stansfield?) and that intro – was it inspired by the Isleys’ ‘Summer Breeze’?

I wrote some lyrics and a melody with Bobbie in mind and, yes, you’re  right –  it did have that Osley influence.

The track ‘Naturally’ – billed as a “DTE remix” is a bit of an oddity – sounds a little out of place….  odd electro fx  before settling into a soulful house groove – what was that all about?

Yes, we put it on the album as a change.  Wish we never had … but there you!

My personal fave is ‘Unfortunately True’ which I wrote about my daughter. Stevie’s  fave is ‘Right From The Start.

So, like we said – you’re sitting atop the soul charts – what next for DTE?

Another album – hopefully ready for next spring

And how  can we find out more?

DOWN TO EARTH’S  ‘Still Riding High’ is out now.