FLORENCE BALLARD AND ME: A LEAP OF FAITH – SJF TALKS TO FAITH EVANS 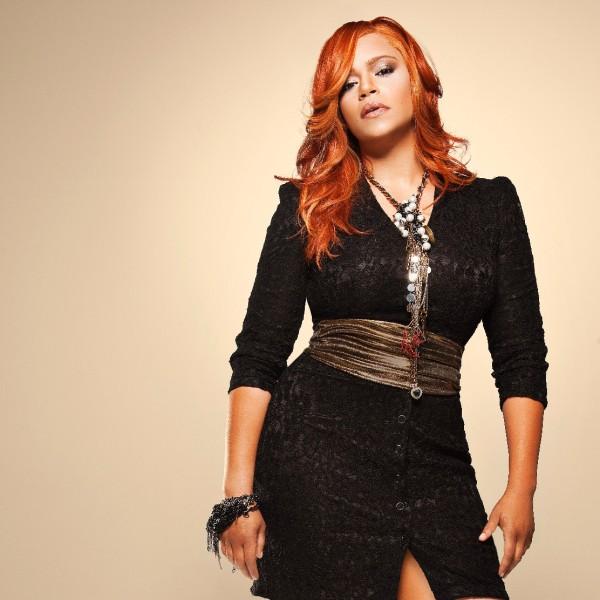 After a five-year hiatus from the recording scene – a period of time that would be tantamount to career suicide for many artists in the ‘here today, gone tomorrow’ world of urban music – 37-year-old flame-haired FAITH EVANS is back with a fine new album, ‘Something About Faith,’ released on her own label, E-One Music. Despite her musical silence – which she says is partly due to the birth of her fourth child – Faith hasn’t been totally inactive during the last few years. In 2008, she wrote her autobiography, ‘Keep The Faith: A Memoir,’ a candid confessional which made the New York Times bestseller list and kept her name in the headlines. She’s also been busy at the reins of her new independent label, which she created after deciding to leave Capitol Records following the release of 2005’s ‘A Faithful Christmas.’ SJF’s Charles Waring recently talked to Faith about her new album – which features cameos from Snoop Dogg, Kelly Price, Jessica Reedy, and Keyshia Cole – and also asked her about her upcoming acting role in a new Hollywood movie about tragic Supreme, Florence Ballard…

There are several collaborations on the new album. Snoop Dogg appears on your single, ‘Way You Move.’ What was the experience of working with him like?

Oh, that’s Uncle Snoop! That was cool. I ran into him when we were doing the ‘We Are The World’ remake. He saw me and called my name: “Faith! When you’re doing a new album you’d better call me. I want to be on it.” So I called him when I had a song that I thought would complement him. He told me his schedule and when he would be back off the road and the next time he was in town, he came through and lived up to his word. And you know making this album was a beautiful thing: it had nothing to do with money, ‘cos the coins are very few and far between in the independent situation. Obviously there’s a mutual respect for each other as artists so that made me really proud, just to see the people that wanted to be a part of my project ‘cos I certainly didn’t plan on this being my most feature-heavy album.

I don’t really compare them. The only thing that’s hugely different with this project is the fact that there are so many features on it, which isn’t normal or common for a Faith Evans’ album. It’s just that I was in a place where I was able to say “hey, be on my album” or when people would say “hey, I want to be on your album or I have a song I want you to do with me.” Like Keyshia Cole. She called me to record a song with her and by the time we actually went in to do it I was halfway done with my album. She heard the song (‘Can’t Stay Away’) and she wanted to do it with me. So it was easier for both of us. We did a swap.

Changing the subject to acting, is it true that you’re going to play Florence Ballard, the Supreme, in a new forthcoming movie?

Has the movie got a title yet?

Do you know when it’s going to be out?

Well, they’re looking at a summer 2011 release. But I’m not sure because we’re not filming until February.

So what’s your take on Florence Ballard? Is she somebody that you relate to?

You know what? Since I’ve been doing my research and I read the book that the script is being based on, I’m seeing so many similarities. It’s kind of funny ‘cos one of my fans who became a good friend of mine, he told me when we first met eight years ago that if I ever did a movie I should play either her or Etta James. And when I got this call from the producers and talked to Florence’s daughters and they told me how they wanted me to play their mother, he was one of the first people I called. Since I’ve been reading a lot about her and watching a lot of clips, I see that there are a lot of similarities in our personalities – like her sense of humour and the fact that she seemed really sweet, mild-mannered and likeable but at the same time was a no-nonsense person when she needed to be. She was really well liked too. I see a lot of similarities. As far as her actual story and her past, of course there are differences because it was a different time. I’ve seen some old (recording) contracts and it was ridiculous. I guess it could be a lesson for those that are coming up now in the business or want to become a part of the business. But artists like Florence definitely had it a lot different then.

You know what? I would have to say: “I have yet to see that.” I’m working on that now, you know. It’s still gonna come – like the show the other night (at London’s IndigO2 on 5th December). To see that you still affect people, it’s just amazing – you never know how you touch people. Put it like that. And I’m constantly reminded of that. I don’t take myself too seriously where I just assume people like Faith Evans or her music. You know it’s always refreshing and always a good feeling just to see somebody appreciating what I do, what I put my heart and soul into. So as long as there are those people out there, I’m going to try and I’m not going to take five years again. I’m going to try my best to deliver that to them – what it is they expect from me musically and beyond – because I’m working on things beyond the music, obviously.

Faith Evans’ new album ‘Something About Faith’ is out now on E-One.