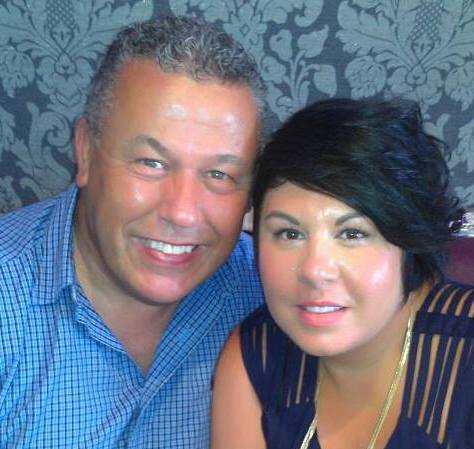 There is no doubt. SOULUTIONS are the hottest soul act of the summer. Their irresistible ‘Listen’ has taken the soul world by storm and the fab Drizabone mix of the song rightly and proudly sits atop every credible soul chart. The infectious ‘Listen’ is starting to make an impact Stateside too and after a quick listen to some of the band’s other songs – notably a magnificent ‘Philly Line’ – it’s clear that Soulutions are no one trick ponies! Oddly not that much is known about Soulutions, so our dogged soulandjazzandfunk detectives sought them out to discover just who they are and how they manage to create such damned soulful music! We pinned ’em down and started by demanding some background from main man Steve Lee …..

Soulutions are a soul duo from North east England. They are – me…. Steve Lee, vocalist and percussionist and Louise Mehan – the lead singer. Louis hails from Walker in the East End of Newcastle and I’m from Gateshead. Louise is a trained dental nurse and is currently working in a dental practise in the heart of Newcastle City centre and I’m a qualified Social Worker but have been a Probation Officer for the last 10 years.

OK…. tell us about your music background….

Louise could sing before she could talk and was expected to sing at any and every family gathering. In her late teens she began to work the local pubs and clubs of the North East, winning local song contests and building up a reputation as a young Aretha Franklin. She’s heavily influenced by Gladys Knight but her all time favourite is Candi Staton. I am an established Latin Percussionist and vocalist, I’ve supported artists like Joe Cocker, Jimmy James and the Vagabonds, Ian Dury and the Blockheads, Paul Young, Shakatak, Jonny Guitar Watson and many others. My musical love is Philadelphia International Records with my favourite artists being the O’Jays.

I believe that Louise has sung with her heroine Candi Staton?

Yes, incredible but true. In February we booked a trip to Philadelphia to see the O’Jays, however, as we were flying from Manchester, as a surprise, I booked tickets to see the David Gest Soul Legends show in Halifax, Yorkshire, the night before we flew out. On the night there were many great legendary singers, however, when Candi Staton came on stage she was amazing. During her set David Gest stopped the show and asked if there were any singers in the audience. At first Louise was hesitant, but with a little persuasion from me she ran to the front of the stage. David Gest handed her the microphone and as soon as she began the crowd went crazy. Mr. Gest then demanded she be brought on stage, and, Louise got to duet with her idol. Poor me … I was left in the audience having to persuade those around me that she wasn’t a plant. In the interval Louise spent her time signing autographs and having her photo taken… wild!

Now what about that song, ‘Listen’…. how did that come about and how would you describe what you were trying to do with it?

‘Listen’ was written in 2007 along with several other tracks. The idea was to form a band and perform the tracks live. However, finding the right musicians who had the same vision as Louise and I became a nightmare and as a result we both became disillusioned and ‘Listen’ and the rest of the tracks were discarded.

How’s it re-surfaced then…. and how did Drizabone get involved…?

The song was in a draw and Louise’s mother sent it off to Gary Van Den Bussche who runs the disco-soul-gold website and he liked it and did a bit of work on it with Louise re-recording the vocal. Gary thought she had a kind of Drizabone flavour and he knows those people and sent it across. They did a remix and the rest is history!

What’s been happening since the record started to break…

It’s been a very busy almost whirlwind like experience. This is all new and very exciting to us; we have had numerous requests for jingles, endless social media requests and in between all this we’re writing our debut album and rehearsing with our band. Our manager (Gary) doesn’t sleep! And works extremely hard and he expects the same from us.

There’s another great song in your locker ‘Philly Line’ – a tribute to Philly music, tell us about that…..

As I mentioned earlier, in February this year Louise and I took a trip to the USA, first stop NYC then travelling onto Philly. The trip was planned because the O’Jays and Gladys Knight were playing on the same night in Newark. As it was over 20 years since the O’Jays had been to the UK we didn’t think they would ever return. We travelled on an Amtrak Train from NY to Philly. So the song stems from our adventure, from the sounds of the Amtrak line moving along the track….the announcements in the holding area……our wonderful time in the City of Brotherly Love that excited us just like the songs from the label…..to the beautiful friendly people that we met along our way……we just put pen to paper once we were home and out came ‘Philly Line’….and hopefully you hear the story in the song … it’s just memories put to music and we had great fun doing so.

There’s an album on the way too… what can you tell us about that?

The album is coming together nicely and is on target to be released in possibly September or October of this year. It’s going to be called ‘Modern Soul’. It will have longer versions of ‘Mr Sun’ and ‘Philly Line’ on it and it will also feature 2 or 3 songs that were wrote around the same time as ‘Listen’.

And the future? Where will you be in 12 months?

In 12 months time I hope we are celebrating the success of the first album and ready for the release of the second. Gigging regularly with the band performing the songs live to receptive audiences and just going where the music takes us and enjoying the ride along the way. I would love to think we could be up there with the likes of Incognito, Drizabone and other great UK soul acts, but we’re realistic and know that we have to work hard and keep raising our standards.

Where can we find out more?

Best way is to go to our manager’s web site…. www.facebook.com/DiscoSoulGold