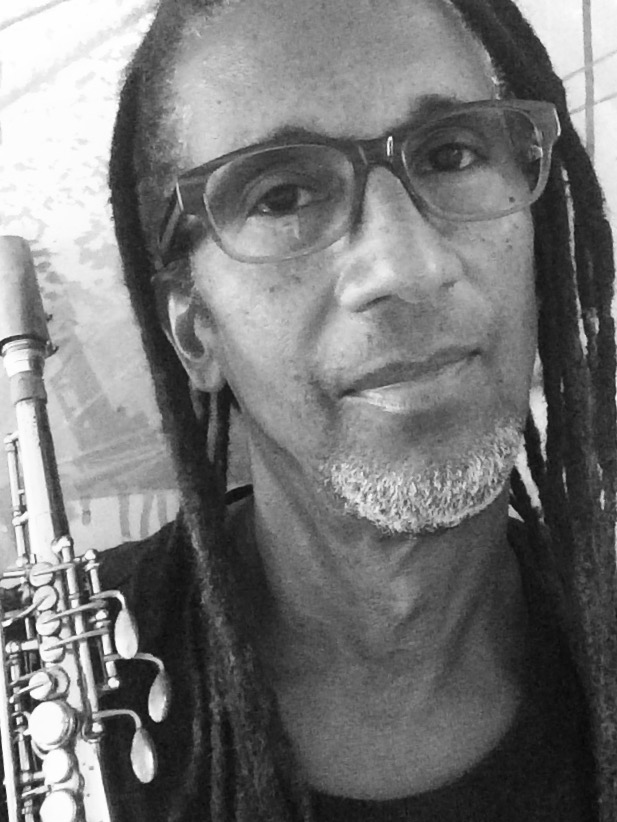 One of 2015’s most acclaimed albums was ‘1968 Soul Power’. The provocative long player was crafted with passion by Rasheed Ali, a native New Yorker who wanted to explore , through, his music, issues that affected Afro-Americans in the late 60s/early 70s. For his soundscape Rasheed authentically replicated the sounds of 1968 and in doing so he made the message in his music that much more relevant. We were told that ‘1968 Soul Power’ was part 1 of an ongoing trilogy and the second instalment … ‘1968 Black. Power’ has just won release. Its messages are just as hard-hitting while the music offers many of the same flavours… the funk of James Brown, the complexities of Norman Whitfield, the sensitivity of Curtis Mayfield and the ingenuity of Sly Stone.

We recently caught up with Rasheed to learn more about his remarkable music odyssey and we began, logically, by asking did the critical success of ‘1968 Soul Power’ create real sales or, indeed, did the success create a new confidence in what he was doing….

I’m really not sure how to answer the first part of this question, I’m not sure I can determine what “real sales” are in your mind! The album has produced sales and I am thankful. I don’t have any idea about the threshold for realness though. Sales in this big United States have been small, since I remain mostly an unknown commodity here. Did the combination of critical acclaim, international radio airplay and sales give me more confidence? Surely! For the first time in my life I felt like there would be some anticipation for the second album in The 1968 Trilogy. That engagement creates more than just confidence though. It creates a mandate for me to be as good or better next time out. Even though the three parts of the work already had their respective ‘lanes’ in place, I still had to make sure that my new audience didn’t feel as though it was a repeat of 1968:Soul Power! To me, art should always evolve and hopefully gain clarity and depth as it evolves. For me, this is a kind of contract between artist and listening public and I must hold up my end of things.

Well that is a non-applicable question for an artist like me. Why? Because I’m never “not working”, unless I’m in the Caribbean visiting my mom. If she had a piano, I’d be working there as well! Seriously, The 1968 Trilogy didn’t come out of thin air. It’s like The Lord of the Rings for me, I write novels- only with music. This trilogy came to me fairly whole, the initial sketches numbered 60 or so songs. Of course, much of my work as the producer is to collate and decide which songs were best for which volume. I consider each of the 18 songs to be ‘chapters’ of my book. Now that doesn’t mean that I won’t refine and eliminate songs along the way. After I finish a work, like 1968: Soul Power! it creates an energy in me that explodes in new sounds. Working on an album is deeply focused work and when it ends; the human mind desires a respite, something else to occupy it. New feelings erupt from the joy of completion and in the case of 1968: Soul Power! there was an even greater joy that was born from having garnered an accepting audience.

So your songs are constantly evolving?

I always take songs as far as I can take them, so they are good enough to be considered in the final program. Some new songs were born and they pushed other already completed songs out of the way! Then I also had songs that were at that stage of completion but they had been bumped off of 1968: Soul Power! I took all those songs down to the Caribbean in December and listened to them at the beach for 3 weeks! When I came back to LA, I took 2 weeks off from listening and then I started in on 1968: Black Power! the second week of 2016. I worked 12-14 hour days for 75 days. Once finished I went back to the Caribbean for 10 days and I listened to the finished songs in people’s cars, in people houses, always watching folks while they listened and they danced! When I came back to LA I knew which songs needed a mini-tweak of the mix, here and there, and then I was ready for an April release, just like last year.

Tell us in what ways the new album is a logical extension of the first…. tell us about some of the similarities?

Well, for the me the first volume had to introduce the work’s scope. I had to take the listener from April, 2015 to April 4, 1968 and beyond, deep into the decade of the world of the ’70s. I had to introduce the uninitiated to the streams of consciousness and critical issues that affected young people like me. I also had to introduce the cast of characters and the main character: me! In order for people to understand the whole picture, I had to determine which volume each song was from. Soul Power, Black Power and Love Power are the powerful streams of consciousness that were tugging at the lives of youngsters. I had to make sure that each stream was represented in the first album so things would make sense thereafter. Conversely, I had to make sure that the volumes were not exclusive but inclusive. That means that in this Black Power volume there are still elements of Soul Power and Love Power included for sure….

… and what about the differences? I mean both in the overall soundscapes and the message in the music.

While 1968: Soul Power! is an overview of the entire big picture, on 1968: Black Power! I wanted to take the audience behind my eyes, growing up on the other side of town. It’s like a Charles Dickens novel that illuminates how one half doesn’t know how the other half lives. It is called “Black Power” because that is what youth wanted: the power of choice. Ironically, it was the power of love that was the most powerful element in this quest for empowerment. Black youth proclaiming that “Black is Beautiful” were shattering the psychic barriers of inferiority and shame. So, you see? Black Power is an oxymoron of sorts because we still don’t have any political power and the only real power we have is over the self. Musically, the actual instrumentation hasn’t changed one iota! There already is a difference of opinions among reviewers about what effect the instruments present on volume 2. My friends think this album is more hardcore, in your face rhythmically and with penetrating lyrics. If critics hear otherwise, I’m not sure what the expectations were for this second instalment. To me, there are just different rhythms to explore, different tempos to explore. It’s all me, so I don’t hear “differences” at all.

What or who were your musical reference points for the album?

I don’t know how to answer that really. I could be wrong but there seems to be an implication that I took another route or used someone else’s sound (other than myself) as a point of departure. Funny question, especially given that the opening song (‘Tell me you’re not Sleeping’) was the very first 1968 song written-for the entire project! If I try to put myself behind your eyes, in asking the question, I could say that Curtis Mayfield’s p.o.v. comes to mind. After all, his song: ‘The Other Side of Town’ was recorded by my group Natural Essence back in the day and this album is all about “the other side of town” quite literally.

Tell us what you consider are the LP’s three key cuts….. and why?

‘Dark Skin Girl’ is important because it is a sentiment that must be expressed, both within and outside of the African Diaspora. It might be because I always favoured dark skin women, I was always privy to their inner dialogue and psychic issues that were thrust upon them by the racial caste system in this world. ‘Tell me you’re not Sleeping’ will always have a sweet spot with me because it was the ignition point for the fire that rages within me. It’s also very funny because I don’t sleep well, both figuratively and actually. I’m not a sleeper, I’m wide awake! ‘Fly like a Bird’ because when I first began to teach, I started by teaching incarcerated youth. This song is a song that way too many Black youth will understand.

Will you be playing live at any time?

Well, It’s crazy that the music scene here has changed so drastically. I grew up at a time when it was much easier to perform live. On so many levels, real acoustic music is under siege. Only DJs play out the most these days, in order for a band to mount a tour they must establish a certain level of audience engagement and/or have sponsorship. I love performing more than recording! I have a fantastic “standing army” of great musicians but they need money to eat. When the right opportunity arises we’re on.

Can we ever expect you in the UK?

Well, even though there seems to be a segment of the music lovers that appreciates me in the UK, I need that same appreciation from promoters and booking agents in order to get there. I’m willing and able and still trying to attract the right people. I may just go to London this summer to try and “scare up interest” by way of business meetings.

So what about volume three… what will be the focus of that one and when can we expect to hear it?

Well, volume 3 of The 1968 Trilogy is entitled ‘Love Power’ and it is all about the full compass and boundaries of love. I am never really comfortable singing about “personal love”, I like to be more of a voyeur to the lives of others. Mine is a social commentary, I’m not trying to project an intimate portrayal of personal love. This volume might be the most searing politic of all, on a very subversive, subconscious level. I will release it next April, as per “recent tradition”.

Simple…. Buy my records and listen deeply. Some people buy one song, how could they ever know more? The two albums are now a collection spanning 36 songs, quite a lot to ponder. I have a strong presence on Social Media. A visit to my website www.1968soulpower.com connects to all of the many channels of my social media, including my very personal blog. Lastly, I’m on the radio in the UK! Every Wednesday night I do an hour show on Soul Power Radio; from 10pm to 11pm UK time. It’s called The 1968 Time Machine and get to have fun playing my favourite jams that influenced me in the 1970s.