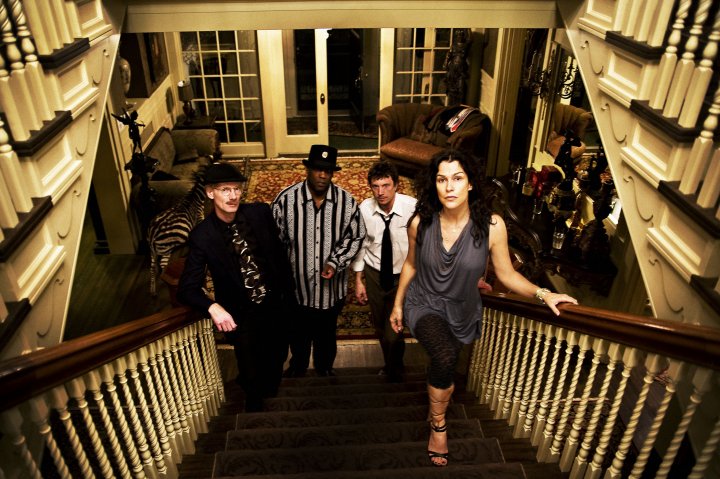 Rewind to 1985. Prince Rogers Nelson was on top of the world. The global success he had experienced as a result of his 1984 smash movie, ‘Purple Rain,’ and its platinum-selling, hit-packed soundtrack, led to the prolific Minneapolis genius spreading his creative wings – on the back of ‘Purple Rain’s’ success he started his own Warner-distributed label, Paisley Park (located at his million dollar studio complex that boasted the same moniker), and when he wasn’t making his records under his own name, he was busy providing the music for a welter of his musical protégés and various side projects.

One of the first signings to Paisley Park was The Family, a group that rose from the ashes of The Time (which had disbanded when lead singer Morris Day pursued a solo career). Comprising keyboardist Paul Peterson (aka St. Paul), drummer Jellybean Johnson and vocalist/dancer Jerome Benton from The Time, saxophonist Eric Leeds and Prince’s then girlfriend Susannah Melvoin (the twin sister of Wendy Melvoin, who was the guitarist in Prince’s band, The Revolution and went on to form the duo, Wendy & Lisa), The Family issued a couple of singles (‘Screams Of Passion,’ a Top 10 US R&B hit, and ‘High Fashion’) and a self-titled parent album, which was an alluring blend of pop, soul and funk that boasted dramatic orchestral charts by jazz pianist and Rufus arranger, Clare Fischer.

But just as they were about to take flight, St. Paul suddenly quit the group and The Family all but disintegrated. The remainder of the group went their separate ways but over the years, The Family’s eponymous album gained a cult collectability (the original vinyl is almost impossible to find these days); a fact that is underscored by the album’s failure to materialise on CD in the digital age.

But now SJF can confirm that rumours of The Family’s reunion are not bogus – in fact, Susannah, St. Paul, Jellybean and Eric Leeds have reconvened and recorded an album together called ‘Gaslight,’ which has just been released. Not only that but the quartet has also started performing live (they recently played Joe’s Pub in New York to a packed house). Sadly, though (and for reasons which are explained below), the group were obligated to change their moniker and are now known as fDeluxe. The group’s co-lead singer, the lovely Susannah Melvoin (who also co-penned much of the album’s material) recently talked at length to SJF’s Charles Waring and shed light on one of the ’80s most enigmatic and short-lived bands…

I suppose the obvious question is: how come it’s taken 26 years to get you all back in the studio?

It was an organic thing: nothing was planned, nothing was thought of in terms of how long it took. It just happened that way. We were asked to do a show around four and a half years ago for (drummer) Sheila E. She was doing a benefit concert for her Lil’ Angel Bunny Foundation and she made phone calls for about a year to all the bands associated with Prince and all the people that had played back in that particular time; all the folks in The Revolution and some other bands. We all just ended up rallying behind it and showed up. The puzzle finally came together and we decided that once we’d done that show and had such a great time doing it, all of us decided at that moment, “well let’s make a record.” We didn’t really go in to the studio knowing that we were going to do another Family record. We just wanted to get in and write music together. We had all had extensive careers outside of what we had done with Prince. We’ve always kept in touch and always been great friends and we’ve all seen each other throughout the years. It just seemed like the right time. So we went in (to the studio) and cut ‘Sanctified’ (which appears on ‘Gaslight’). That was the first song that we went in to do and it was with our really dear friend, one of my closest friends and who’s also our guitar player and an amazing producer himself, Oliver Leiber. We went to his studio. We got together and had no expectations. We said “okay, this is sort of the bones of our young lives playing; let’s see what happens.”

So there wasn’t a big game plan to recreate the spirit of what you’d done before then?

No, that wasn’t until later, six months into the first recording session that we had done. We were going back and forth from Los Angeles and Minneapolis. Paul (Peterson) did most of the travelling at the time because at that one concert that we did for the Angel Bunny foundation, I didn’t know until afterwards that I had already been three months pregnant with my second baby girl. So I did a lot of staying in town and Paul would come here (to LA). I had a Pro Tools rig in my back garage, which I’d converted into a room. We started writing more and at that point we started talking to fans online – there were so many people at the show and we were lavished with so much love from the audience who wanted us to do another record. At that particular point, Paul and I said: “okay, well, what are we doing here?” A good 20% of the record was inspired and motivated by the first record (‘The Family’). I can honestly say that back in that time Paul and myself, Eric Leeds and Jellybean Johnson – even Jerome Benton for a part of it, even though he’s not working with us right now – we were all characters that were part of a great novel that Prince was in the middle of writing. These characters had a life to them but the novel was never finished.

So was it a case then of unfinished business as far as The Family was concerned?

Yes, it’s unfinished business. That’s why I used that metaphor that we are all characters in this book and the novel never got finished. There was another two chapters left but it had to be finished. We took it and wrote the rest of it, wrote the ending. Most of the book had been written but we finished it. So that’s what this record is. That’s what influenced it. We continued to be inspired by what had been done in the past but we’re now taking it somewhere else. We’re grown-ups and it’s different.

Winding back 26 years do you recall how The Family first came into being?

Yeah. Everybody was in rehearsals for the ‘Purple Rain’ tour and I’d been working with Prince as his background vocalist, so I was already in the fold, as was Paul Peterson and all the other guys that were with The Time. The Time dissolved right before ‘Purple Rain’ was released and Prince said “I want to keep everybody working,” and I think that he felt bad that The Time dissolved because there was so much great talent in it. He really believed at the time in Paul (Peterson), who was this young kid – both of us were babies. We were 18/19 years old and Paul was really incredible: he had this great voice and Morris (Day) and him used to do sing-offs. You could always hear Paul doing his thing and he was just fantastic and a great keyboard player and he’s also one of the best bass players there is. So Prince got the band together – he also brought in (saxophonist) Eric Leeds. His first gig was with us. Eric is Alan Leeds’ brother, who was Prince’s road manager. Prince was given a tape of Eric’s stuff. So Prince said, “I’d love to be able to put a band together and I’d like you, Paul, to be lead singer in this. How do you feel about that?” He said “yeah man, that would be great.” It was the right thing and we all came together and Prince designed the record. He didn’t give us songs he had in the vault: these were fresh songs designed for us.

What was it like them working with Prince during that period?

He wasn’t working with us at all through that. He just went in and recorded songs and then just handed them over to me and Paul and David Z, who was producing it. And then he stepped out of the way.