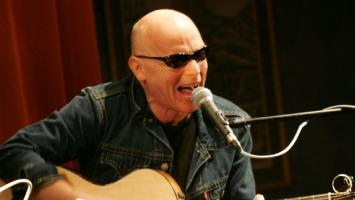 As reported in both our news pages and reviews section, Scottish singer JIM DIAMOND has just released a brand new album – ‘City Of Soul’. The set is a collection of some of JIM’S favourite soul songs and the covers give new insight into stuff like ‘Since I Lost My Baby’ and ‘I’m Your Puppet’. More importantly however is the fact that all the money raised from the album will go to charity – more specifically SIR TOM HUNTER’S CASH FOR KIDS organization. With such a good cause benefiting we decided to find out more. Catching up with JIM, we asked him to tell us a little about CASH FOR KIDS …

The CASH FOR KIDS CHARITY is one of Scotland’s main charities for underprivileged children. To tell you the scope of the work it does would be almost impossible, but any child in Scotland who is in need for any reason will benefit from it. SIR TOM HUNTER, STV, and Radio Clyde in Glasgow are the main participants, and through them literally millions of pounds have been raised. I’m very proud to be even a very small part of it.


How did you get involved?

I was approached by SIR TOM after a charity performance that I did for CASH FOR KIDS in Glasgow last year. His original idea was to do a Motown Song Book record, but after we had a chat about it, we decided that I should pick the songs that I sang as a young soul singer back in Glasgow many years ago.

Was it a natural thing for you to go with a soul album?

When I was a child in Glasgow, starting off as a singer, Soul Music was all I ever wanted to be involved in. I think all the other musicians playing the circuit at the time, the YMCAs, the pubs, the clubs, felt the same. No other music excited me as much then, or today. That’s why I choose the title “City Of Soul” because for me that’s Glasgow and all the tunes on the set were the favourite songs of mine that we used to sing back in those days.

Tell us about some of the musicians on the set?

I’ve been incredibly lucky with the musicians I chose for this project. On keyboards we had GREG KANE from HUE AND CRY, TOMMY CUNNINGHAM from WET WET WET was on drums, BRIAN MCFIE, MARIANNE FAITHFULL’S guitarist and GARRY JOHN KANE from the PROCLAIMERS was on bass. They were the core musicians for the record and, like me, absolutely dedicated soul nuts. I augmented that with a fantastic CITY OF SOUL HORN SECTION, young STEVIE on Hammond, and of course my beautiful backing singers, LYNNIE, JOE and TIPPI. All the participants were of course from Glasgow and its surrounding areas. For me that was terribly important. They made it sound the way it does, and I was very lucky to have them.

Going back now … what have you been doing since your hit-making days of the 80s?

I’ve never stopped making music, it’s who I am. After that wonderful success I had, I took time out to raise my family and that has given me as much as music has. I’m a very lucky man.

What are your plans for the future?

At the moment I’m totally focused on City Of Soul and we hope in the future to maybe do some live concerts. Also, I am still involved with PH.D (remember their hit, ‘I Won’t Let You Down’?) and we are planning in the middle of next year to record a new album. Apart from that, I’ll continue to sing, write and perform whenever the phone rings.

And finally how can people find out more about CASH FOR KIDS and indeed JIM DIAMOND?

In these days of technology I, like everyone else, have a website that is regularly updated, both with City Of Soul information and any other work I’m involved in. You can find it here, www.jimdiamond.co.uk As for Cash For Kids, they too have a website which can be visited here http://www.cashforkids.uk.com/ and any support anyone can give them will be much appreciated.