CLOSE UP WITH REUBEN JAMES: THE INTERVIEW… 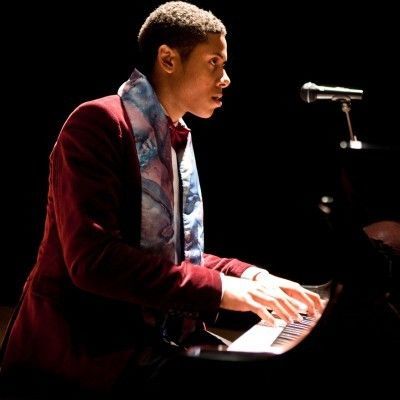 Earlier this year UK singer/songwriter/keyboardist REUBEN JAMES turned soul heads and hearts with his single, ‘Closer’. The lazy, laid-back neo soul offering featured Brighton-born singer Sophie Faith, rapper Jay Prince and New York bassist Carrtoons and many soul buffs compared its vibe to the best of D’Angelo. With such praise we needed to find out more about Reuben. His web site isn’t particularly revealing, and his PR people didn’t offer much more than the fact that , till now at least, Mr. J has been best known for his input on  Sam Smith’s 4 million-selling album ‘The Thrill of it All’. Reuben co-wrote some of the songs; he’s since written for and performed with the likes of Tori Kelly, Little Mix, Disclosure, Col3trane and Liam Payne to name a few. Release-wise, he has a couple of EPs under his belt, and we believe that ‘Closer’ is his third single. Intrigued, we wanted to know more. Accordingly, we linked up with Reuben, properly socially distanced of course, but found him a man of  few words . Clearly, he prefers to let his music do the talking….

I’m Birmingham born and raised, played piano since I was 3 and been making music all my life – my biggest influences growing up are Aretha Franklin, Nat King Cole, Errol garner and Stevie wonder.

How and when did you decide to make a career in music…. and do you see yourself as a writer, an instrumentalist or singer?
I decided to pursue a career in music after a gig in Spain when I was 15 opening up for B.B King, that was the moment I knew this is what I wanted to do forever.

Take us from then  to where you are now… I think you’ve worked with plenty of “names” and your first solo recordings….
Working with Sam Smith for 7 years was an incredible, life-changing experience that I wouldn’t change for the world… getting to work with other incredible artists along the way has shaped me into the artist I am today. It’s been a pretty crazy journey from playing my keyboard on the tube to then opening up for Alicia Keys!

Your next project, I think, is a collection you’re calling a “mixtape” – tell us about that.
My next project is still being made… yes, it’s a mixtape because it’s an eclectic mix of all of the different vibes and genres that I love to make.

The single ‘Closer’ is currently winning a lot of support – tell us about the song.
My new offering ‘Closer’, is a song I worked on for a while – absolutely amazing to work with Carrtoons , Sophie Faith and Jay Prince – it’s a banger!

Some, for want of a better term, “precious/stuffy” soul commentators have criticised the rap input on the track – what would you say about that?
I don’t pay attention to ‘soul commentators – in fact, I’m not sure what a soul commentator is or that they exist – but if I would guess I would say it’s a critic and I don’t make my music for critics!!

When will your “mixtape” be available and what can we expect from it…?
It will drop this summer and u can expect some Jazz/soul R&B vibes for sure lots of big vibes!!! Can’t wait for the world to hear!

And then what next for Reuben James?
And then I will be performing the new music and doing shows and making an album I imagine.