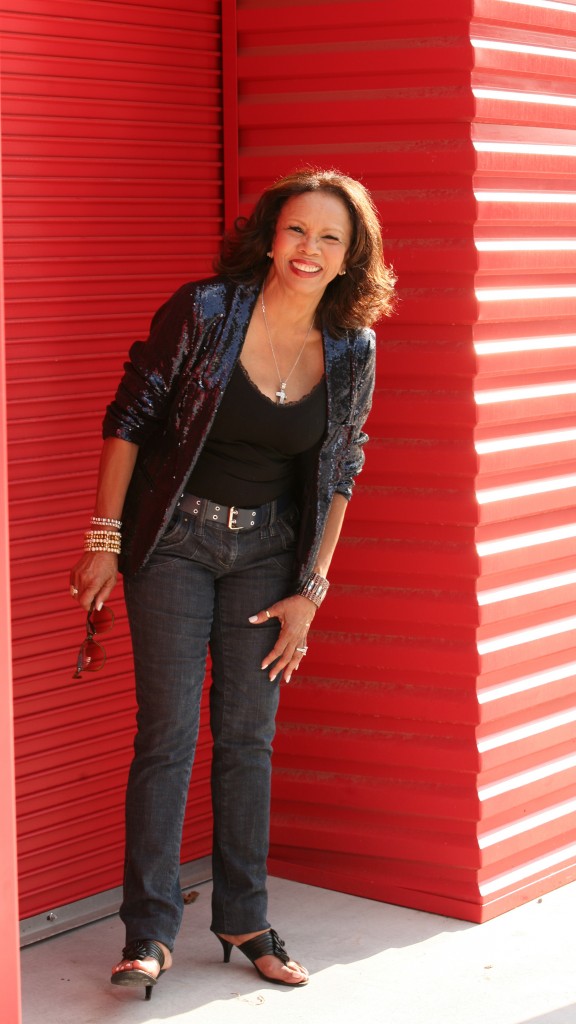 “It was like therapy,” confesses CANDI STATON, describing the effect that recording her new album, ‘Life Happens,’ had on her. “It was like sitting in a chair with a psychologist telling my story. I sang a lot of the hurt out in the songs,” says the singer, who reveals that she recently ended a marriage that had turned sour after two years. “Making the album was like a regurgitation of the pain and the hurt and all the memories and everything,” she explains. “The title is based on incidents that happened to me. Every song on the album is a testimony of something that I’ve gone through.”

Certainly, the veteran Alabama-born singer – now seventy-four – has had her fair share of ups and downs in her life, a fact that has often been reflected in the songs that she’s recorded during her long career. Her signature song, of course, is the evergreen disco hit, ‘Young Hearts Run Free,’ which has become something of an anthem for women seeking to escape from abusive relationships. That too – as Staton reveals later in our conversation – was an autobiographical song based on her own domestic situation at the time. As her new album – the twenty-ninth of her career – reveals, Staton has never been very lucky when it comes to love, even though she’s been married five times.

She has been much luckier, though, when it comes to making music and ‘Life Happens’ is significant in that it reunites the singer with her original producer, Rick Hall, the man who helped transform Staton into a soul star back in the late 1960s on his FAME label. In a revelatory interview with SJF’s Charles Waring, the singer talks candidly and at length about her life and music…

Are most of your songs autobiographical?

They really are. I can’t write any other way. They have to touch me in some way. I can’t write songs out of somebody else’s experience unless the experience is mine as well.  I didn’t write ‘Even The Bad Times Are Good’ (on the new album) but I love that song because even the bad times brought me back to the times when I was growing up as a child in Alabama when my mum and dad didn’t have anything. There were days when we couldn’t go to school because we didn’t have shoes to wear … she would put paper and cardboard in the bottom of our shoes because we had so many holes in them. Yet we still were not unhappy. We were just happy to be with our family; we would play games and we would talk. We had no TV and barely had a radio but even those bad times were good. Those memories still carry me on to let me know that even now, if things aren’t going that well, I can cope. Where a lot of people might fall apart and might commit suicide, I can cope because we started with nothing and I have been blessed to have a lot now. We started with nothing but if we get back down to nothing then I’m not going to hurt myself. I’d start over again.

This new album reunites you with producer, Rick Hall. How did it feel working with Rick again and how did it feel being back at FAME studios?

Ah, man, (laughs), it was great. Nothing’s changed. Same studio, same board (i.e. mixing desk), same 24-track, which he still has sitting up in there. They put everything down on the 24-track and keep it on there. The studio, Rick, me, all of us have just gotten a little older. We’ve learned a lot and are set in our ways now. I’m so experienced now that I’m not the little twenty-something-year-old that he met because then he was able to push me around a lot. But he gets the best out of it and laughs He says: “you really did grow up, didn’t you?” And I say, “oh yeah.” You can’t make me sing 30 times no more!

It’s true, then, that he made you do take-after-take till your voice went hoarse?

Oh my God, I couldn’t talk let alone sing but that was what he was after. He was after that hoarseness. But now we have a great relationship. I go to the house with him and his wife, spend the night and we sit up and watch documentaries and talk about old times so we’re just basically friends now.

What made you want to record with him again?

When ‘Who’s Hurting Now’ (her last album from 2009) came out he was in New York. I don’t know if he came to see me – we were doing promotion there – but someone told me, “Rick will be here.” I said “Rick who?” He said “Rick Hall.” I said “you’re joking!” He said “no, he’s out there in the audience.” So he came in with his cowboy hat on and his boots and had on his little jacket and I don’t think he sat down the whole night. He stood up there in the balcony and every time I glanced up, he was still standing, smiling, with his arms folded. After the show was over, I dressed real quickly and came down and told him to come on up. We started talking and he said: “Candi, I believe we’ve got another hit in us. I think we’ve still got something that we can do together. We’ll just go in to the studio and do it.” I said: “really? Do you really think so?” He said “yeah.” So he kept calling and kept communicating and one day he said, “let’s just set a date.” You know, that’s Rick. I said okay, alright, so we set a date and went up there and we got started. Fortunately I was there at the time when they were doing the documentary, Muscle Shoals, which was a double blessing as I was able to be in the documentary so that was good.

What do you think his strength is as a producer?

I think his strength is knowing what direction he wants to go in and he’ll let nobody talk him out of it. He’s an excellent producer. He hears what he wants and he hears it all in his head. Nobody can hear it but him. And he won’t let you suggest that this is the way it’s supposed to be. He’s going to make you do what he wants in his head. It works for him, what he hears. I mean he’s had hit record after hit record and its work so how can you argue with success? So I just allow him to do what he wants to do.

Your son, Marcus Williams, produces most f the tracks on the album. What’s he like to work with?

He’ll be on tour with me when I come to the UK and he’ll be the drummer. He’s an excellent drummer and an excellent producer and an excellent mixer. He mixed and mastered everything. He’s just so great and he’s so humble – he’s always telling jokes and keeping everybody laughing and in good spirits so I love travelling with him whenever I can. But he works with so many other artists and when I can get a chance to hold onto him and want him to go on tour with me, I block it all out months before.

On the new album you also worked with Ernie McKone in the UK, didn’t you?

Ernie’s been with me for going on seven years now. It’s his band I use (for live dates in the UK). We’ve been working together forever.

Talking about some of the individual songs, “She’s After Your Man” reminds me of your ’70s material, which had similar adult themes…

Yeah, they had themes that would shock you and they would have titles that would shock you, you know. (Starts singing: “who is making love to your old lady?”). Something like that. Johnnie Taylor sang that song. It shocked everybody. So those were the kind of things that inspired me. I got the idea from what happened to me. My ex-husband was just one of the worst womanisers ever. I had so many girls would just walk up in front of us, and I mean I’m with him, and they’re by him, and they just snuggle right between his legs with their drinks and they put notes in his pocket and telephone numbers. You know, it’s just horrible. No respect at all. And so I just thought I would kind of talk about it a little bit.