BLACK DYLAN? ALL IS REVEALED! 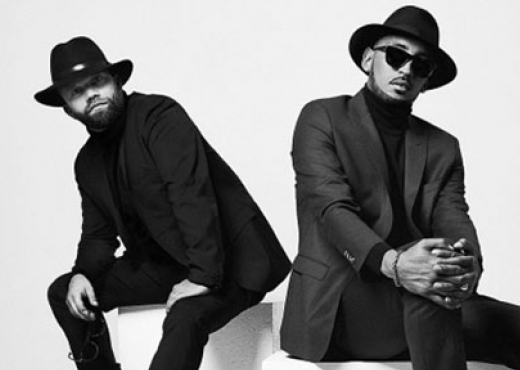 BLACK DYLAN is a new soul duo who hail from Denmark. They are singer/songwriter WAFANDE (a well known music personality in his homeland) and NUPLEX (Mikkel Thomsen), another Great Dane, with a penchant for soul and hip-hop. Though they’ve been friends for many years they’ve never worked together till recently when they decided to cut an album. The set’s called ‘Hey Stranger’ and it’s out on August 26th. It’s already creating a buzz so we needed to know more – especially why that odd name. First though we asked about their respective musical backgrounds and their influences…

Nuplex: I started listening to hip-hop when I was younger and quickly found out that in hip-hop, a lot of soul samples are used. So I began looking up all these samples and getting deeper into the soul genre and it just expanded from there.

Wafande: I was practically raised on soul. My father used to sing soul, so the house was always filled a lot of soul music. It’s a very natural part of me. As for some of our heroes, we are very much inspired by Sharon Jones and the Dap-Kings, Curtis Mayfield, Quincy Jones and Billie Holiday, to name a few.

And is there any kind of soul scene in Denmark?

The soul scene in Denmark is very limited, especially commercially. There’s us of course and a few others. Also some cover bands, but it’s a very small scene indeed.

Now tell us how you came to work together:

We met through hip-hop, actually. Wafande came to the studio to record a song with another artist and how that’s we met, in the studio. We quickly formed a friendship through the love of hip-hop and we just went from there basically. It seemed very natural for us to collaborate on Black Dylan.

So, that name why Black Dylan?

And how would you describe the sound of the album?

We would describe it as authentic soul. Like from back in the days, but with an experimental twist, a modern vibe. We’ve put our personal touch on it.

Black Dylan is also the title of your record label… did you try to place the album with any big labels… why did you go on your own?

We specifically did not place it with any labels, because we wanted to break out on our own, so to speak. Wafande is a big name in Denmark, but this is something completely different. Also, we have ambitions to hopefully be able to take in new artists, when we break-through internationally.

And why did you choose ‘Hey Stranger’ as the title track?

‘Hey Stranger’ is a very relatable, good-vibes track and the theme of the song fits us very well. We’re very open people, always up for a good adventure and we feel that we, all of us, need to get close to each others as human beings and not be so scared to embrace differences. So Hey Stranger seemed more than fitting.

What other songs would you like to draw our attention to?

That’s a tough question, but we’d say’Who Got My Back’, ‘Papa’ and ‘Don’t Wanna Be Alone’.

How did you get involved with Canadian soulstress Honey LaRochelle? She does a great job on ‘Papa’.

She’s a good friend of Wafande and a great singer, so we had to invite her to the studio. She really did a great job on that track!

Will you be touring with your music?

So far we have a tour in Denmark and a few jobs in UK. The plan is definitely to go on more tours, hopefully worldwide.