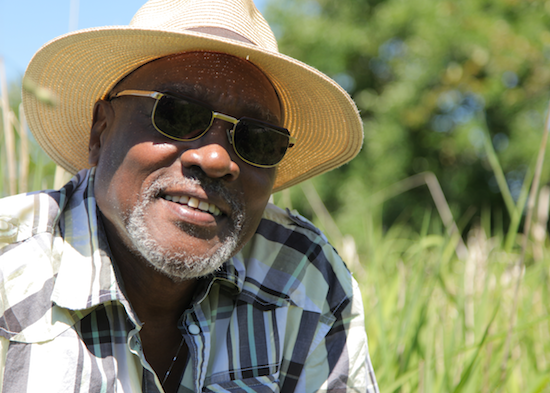 Dutch Robinson is a South Bronx, New York-born singer who found himself taken on in the 1967 version of the Ohio Players. The band’s first three albums featured Dutch’s vocal talents, he then left the band for a lucrative solo career immediately signing to United Artists and releasing several singles that have since become Northern Soul classics; particularly 1977’s ‘Nothin’s Got Me.’ Dutch has since worked with Cirque De Soleil writing much of the music for ‘Alegria’ and ‘Zoomanity.’

He became involved in the Black Theatre Workshop in Montreal, and worked with Famous People Players in Toronto. Dutch appeared on the Canadian TV shows Electric Circus, Due South, Black Harbor, Canada AM, and Treehouse’s Ants In Your Pants. You can hear Dutch also on Cirque du Soleil’s Grammy nominated album, ‘Alegria,’ and the ‘Due South Soundtrack, Volume 2.’

His five-octave voice makes the ladies scream. Singer of singers and songwriter of songs, there is only one Dutch Robinson. Yet he has paid tribute to soul giant Marvin Gaye in a way no one else would even dare. In the early 1990s, Dutch starred in ‘Dream of A Lifetime,’ a musical theatrical production about the life of Marvin Gaye, featured in New York, Montreal, Toronto, and at the Bernard Shaw Theatre, in London, England.

Welcome to the show Dutch – tell us about how you joined the Ohio Players back in 1967?

I was 19 when I joined the players, they were coming through New London, Connecticut and their lead singer had been busted as a draft dodger. A friend asked me to audition and I got the job. We then went back to Dayton, Ohio, where the band was based out of. The band had been already around for a few years at that point, playing on songs with Wilson Pickett and The Falcons (‘I Found The Love’); they also played with the O’Jays in their early days.

We started our first recording ‘Observations in Time’ with Ray Charles’ label Edsel and then on to Capitol Records for our second album ‘Pain.’ We played a lot of small places on the road on the R&B circuit. Lots of other bands played this circuit like Earth Wind and Fire and the Commodores that are big stars now. After about six years with the band I didn’t think I was growing – where we started and where we ended were two different things. We started out by sharing everything in an all-for-one and one-for-all thing, which is great when you are 19 but it didn’t end up that way.

What was your final last straw moment with the band that caused you to leave?

What started it was when one of the other band members hit on my wife. That was not a nice thing to happen, especially when she would cook and help out with the band when they rehearsed in my basement. The last thing that happened was down in Hunstville, Alabama. We were playing this little club “across the tracks,” a totally white club. The club owner basically told one of our friends from the Atlanta Falcons football team to not come back to the club with his friends. Later on that night in between sets in their office (where they were keeping us to stop us fraternising with the clientele) a young fan from Ohio came in to the room who had seen us before and was chatting away and then one of the club’s security beat him with a “slapjack” and took him out the back door, just for talking to us. What bothered me was I was the only one who was angry – so much so that I took a plane home the next day and never went back.

I’ve kept in touch with the surviving band members over the years. They went on to make a lot of money over the years without paying any taxes. I was very happy for them when they had hit records. I’ve never had any regrets about not being there. We were Grammy nominated when I was in the band and the government (IRS) finally caught up with the band and took everything and I don’t think I could have dealt with that shit.

After having worked with the likes of Tommy Mottola, Daryl Hall, John Oates, Melba Moore, Kid Creole & the Coconuts, and Curtis Mayfield, it’s hard to imagine why Dutch shifted gears and sought a new start in Canada…

How did you get involved with Cirque Du Soleil ?

Robbie Finkle and I have been friends for many years. Robbie produced ‘Zoomanity’ and ‘Alegria.’ On ‘Alegria’ I sang in Italian up to 60 voices and then added an all female choir. I’m still waiting to get paid as we could not figure out who were the Canadian singers.

What are you up to now ?

I’m really proud of the The Facilty here in Vancouver with Garret van Dusen. We have a studio in there and management offices and some producers called Silk Chariot. I’ve produced a couple of things with these young people. The tracks I’ve put out are kind of hip-hop with some old school vibe with Kai Skywalker. My next single is ‘Where are you Mankind?’ I wrote this song because of places like Syria; we need to do better with people we love and we need to help other people more. I worked with Classified from the East Coast on this one.

Ian Gregson is a Wigan born actor and musician who now lives in Vancouver, BC, Canada