BAD BENSON’S BACK WITH A VENGEANCE – THE GEORGE BENSON INTERVIEW 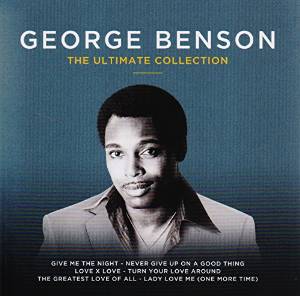 In the late ’60s you worked with Miles Davis on his album ‘Miles In The Sky.’ What was Miles like to work with?

He was very difficult to understand so I just accepted him for who he was and would stay out of his way. But he was always pursuing me. He would ask me, “George…” – and he would ask me this a lot – “what you think about when you play?” After a while I got tired of hearing that and said “Miles, you’re Miles Davis, man, why are you asking me that question? I should be asking you.” He said “no, cut the crap, man. I want to know what you’re thinking about when you’re playing” and he caused me to examine myself so I thought what is it I’m thinking about? How do you connect this with that? That’s what he was talking about.

Is it true that you turned down the chance to play in his band?

At that time my career was in rocket mode. After C.T.I. everybody was after me. Actually, just before that time period, my career, just all of a sudden, started catching fire. Everybody was asking for me. They said “George, Miles is going to call you ’cause he’s going to ask you to join his band.” My manager said you can’t do that. I said: “what? Miles Davis, man, the baddest cat on this planet, is asking me to join his band and you’re saying no?” And here’s what he told me: “everybody in the industry is saying George you can’t allow him to do that, Jimmy, that was my manager’s name, because everybody thinks that George is going to be bigger than Miles.” When he told me that I said “what fool told you that, man?” (Laughs heartily). But the truth of it was that we ended up doing shows together and sometimes Miles opened for us. I said, wow. But I began to appreciate his viewpoint of life. He could spot bull crap from a mile away and he would cut it off in the bud. (Chuckles heartily).

What’s the philosophy that underpins your life?

When you say philosophy are you talking about my life in general? Well, I’ve always known that there’s something more than what I’ve been experiencing, because life is so haphazard, you know. You turnaround and one of your friends drops dead or gets killed. You say: “man, is that it? You mean that’s the end of my friendship? That’s over now and I’ll never see him again? My mother’s gone, and that’s it? My father’s gone…” So that made me want to find out why. So I’d been studying the scriptures and it’s the only thing that has any merit and can answer those questions. I find that philosophies that exist just don’t work.

Was there any event that triggered that?

I had a cousin and he was killed in a gang fight when I was a kid. When you first realise that the person you grew up with and you’re standing beside everyday and then the next day he’s gone, I mean for good, and he’s been slaughtered in the streets, then you know that that cannot be all there is to life. So, I began to study. And I find the most satisfying answers and the thing that helps other people who are in my same shape and looking for answers, is the Scriptures and I know where to go in the Scriptures to satisfy some of those requests that people need to give meaning or closure to their thoughts.

What song that you’ve recorded means most to you?

The most important thing I’ve done has been ‘This Masquerade’ because it crossed over so many borders, over all the different genres, and became Record of the Year. That made it the biggest record of my life and put me into the big time. It was so very important to me. It was all improvisation. I only recorded it the one time.

‘Breezin” was on the same album. How did you come across that song?

I never liked it. Well, I liked it but I didn’t want to record it. I liked the original version by Gabor Szabo and Bobby Womack. They both wrote the song together but Gabor didn’t think it was going to be anything and I know why: the melody is nothing but (sings) “do-re-me-fa-so-la-ti-do.” No challenge. But from the purist’s point of view, you take something simple and make it sound important: that’s the game. That’s the trick and that’s what we had to do. That was the challenge of that song. You take “do-re-me-fa-so-lo-la-ti-do,” the most boring thing there is, and turn it into something interesting.

What’s in the pipeline after this album?

I just did something with Van Morrison recently. I’m on his new album. It’s very interesting. We did the recording here in London at Mark Knopfler’s studio. It was quite an adventure because there’s nobody quite like Van Morrison. He’s a great writer and nobody interprets his songs like he does. He puts everything that needs to be in a song and he did that on that session and I was happy to be recording with him. I like that kind of artist.

What’s been the highlight of your long career to date?

The highlight was probably Rock In Rio (in 2013). We had 350,000 people on the Friday night. I headlined the show, came off at five in the morning and two days later we played to another 220,000 people on a Monday night. Can you imagine that? So in two days we had 570,000 people. How many people can match that?

By not dying! (laughs). But, let’s see, as somebody who loved music and loved communicating it to people.

GEORGE BENSON’S ‘THE ULTIMATE COLLECTION’ IS OUT NOW VIA RHINO.