BACK TO LOVE @ SOUTHPORT …. 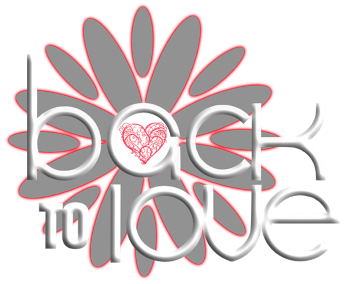 Music wise, largely sedate Southport – up there on the Merseyside coast – is one of the spiritual homes of the Soul Weekender tradition. And the strange thing is that the eponymous weekender has never really been based in the resort. Sure, for years – the Golden Age, many would say, it happened at the Pontins Holiday Camp in Ainsdale – about three miles down the dune-backed beach from the centre of Southport. Before that, though it had taken place in Berwick, Blackpool and Morecambe and after the Pontins hey days it was on the move again – to far flung venues like Minehead, Finsbury Park, Crystal Palace and Bognor.

So, soul excitement grew when it was announced that the weekender was coming back to Southport – and not to so some benighted, clapped out holiday camp down the coast, but to the centre of the town… to a classy, modern four-star hotel with everything the discerning soul fan might need!

To learn more, we contacted one of the event organizers, DAVID CYRUS – a lifelong soul and dance fan and one of the team at Back To Love – the team who are bringing the weekender back to Southport. Properly socially distanced, we started by asking David to tell us a little about his soul credentials….

Well, I grew up in the early 80s and sort of danced my way into music management – helping to break artists like Gabriel and Cleopatra. Then we set up a nice club called Precinct 13 in Manchester and started putting on events, I also came up with an idea to put some fashion into a TV programme called ‘The Hit Man And Her’ (you’ll remember that “the Hit Man” was Pete Waterman and “her” was nature presenter Michaela Strachan). It’s obvious that music and clothing both go together, so I would get certain shops to have the show’s dancers wear their clothes.  I would get some pay back, and the clothes would be seen on TV. But after the first series, Granada TV decided to do it themselves …. instead of me getting all the money!

OK, so what about Back To Love set up…. what exactly is it, how long has been going, who is involved?

I have been putting together shows since the early 80s at clubs like the Playpen, the Gallery, International, 1 and 2 Richfields, the Millionaire, and Applejacks in Manchester. There was also the famous Conti in Liverpool, Bennetts in Middlesbrough and McMillan’s in Yarm. I also used to run the coaches from Manchester all over the country going to soul nights to places like The Wag in London, The Pink Coconut in Derby, The Gold Diggers in Bristol, the Rat and Parrot Birmingham, the Warehouse in Leeds. Doing all that I met many nice people along the way and my aim was to help bring soul fans together for a great event in the north. So, moving forward a few years I invited a friend of mine Clinton Brown to help me set up the Soul Cartel bringing like-minded promoters from around the country to put on Soul Weekenders at various venues around the country.  Five years ago, we started the Bolton weekender with 1600 people attending and it was a huge success but since then we have joined up with Johnny Grenfell, who worked on Scottish Soul Weekenders and also Craigy Mac from Soul Heaven and Jamie from Platinum Soul to put together one of the best Weekenders in the country. We have been in discussions with Bliss Hotel (the new Southport venue and pictured below) to offer the public a great place to stay and we have also been chatting closely with Gemma from Southport Council in looking forward to using other parts of Southport in moving forward year on year.

Why choose Southport and do you have any connection with the old Southport Weekender brand?

I used to run the coaches way back in the early Southport days, but on my return from Norway I visited Southport and was remembering how it used to be for me and thousands of others who would all go down there year on year to hear great music and listen to our favourite DJs, and then I thought this would be a great place to come back to. So, 3 years ago I decided to make that dream a reality. Simple

I believe that you were planning to have the first Southport festival in June, but the pandemic scuppered that.

Yes, we were. We had everything planned and had spent over £30.000 on putting everything together and already had over 480 paid customers to whom we had to return all their money … around £40.000 plus. But because we really believe in this festival and we know it is definitely what Southport needs and the soul music family needs too, we are doing it again!

How confident are you that by September everything will be Ok?

With the vaccines now out and the number of people taking them we can only hope that everything will be okay. We have already put in number of measures to make sure people are safe we will be testing all the public before entering the venue, and hand sanitizer will be situated throughout the building.

Fingers crossed then …. So, when it gets going who’s on, what can we expect, how will it all be organized?

We have a fantastic line up of artists coming from all over the world. From Germany we have Cool Million (pictured), The Terri Green Project from America; we have Cornell CC Carter and Kim Tavar. Then from the UK we have Kenny Thomas and Natasha Watts. Then there’s 18 of the best Soul, Funk, Reggae and Soulful house DJs from around the UK.

Any other names lined up but not yet booked?

Yes…. But that would be telling!

At present we have different radio stations from around the country helping us out. But we haven’t spoken to any “official” sponsors as yet, but if any would like to come forward, we are willing to listen. We have a progressive and fabulous 5-year plan.

At the risk of sounding too pessimistic what will happen if the damn pandemic is still around?

All people’s monies are safe with us … just like last year. We have put it all in the T&Cs on the website so they will get their monies back – less a small administration fee.

Please go to our website. If you want to see or know more about the Artists or DJs just touch their picture or listen to any of the radio stations live by just clicking on the links. The web site is www.backtoloveweekender.co.uk