BACK IN THE GAME – FUNK MEISTER STEVE ARRINGTON TALKS! 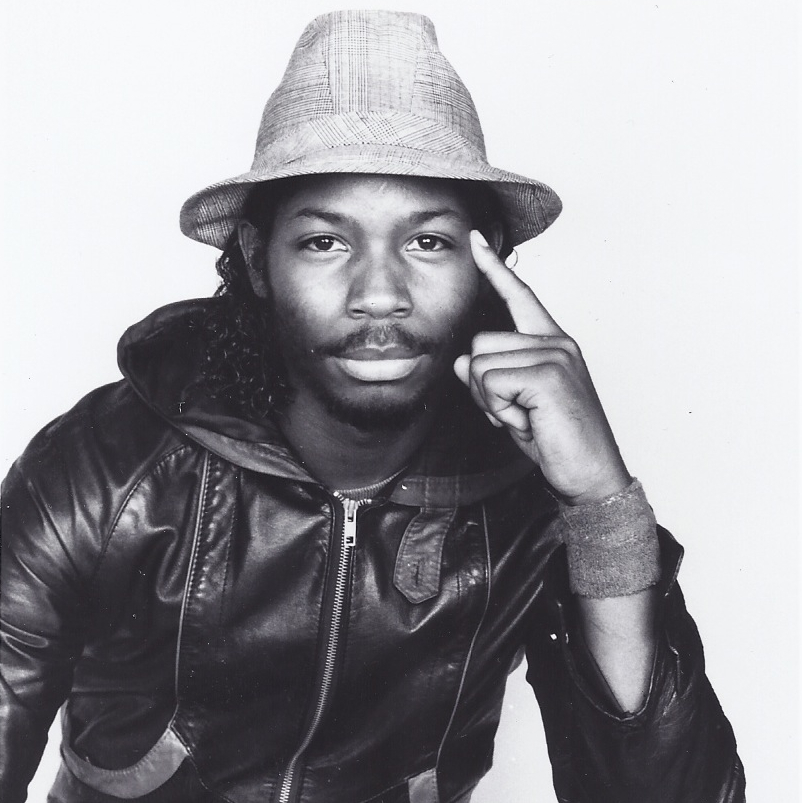 “It’s great to be back,” laughs a buoyant Steve Arrington, a drummer-turned-vocalist, songwriter and producer who rose to fame with the legendary Ohio funk aggregation, SLAVE, in the late-’70s and then experienced a stellar solo career in the early-to-mid-’80s before inexplicably dropping off the radar for a quarter of a century. Arrington only broke his silence when he resurfaced in 2009 to record a gospel album, ‘Pure Thang.’ It was then that he discovered that a younger generation of musicians had been sampling his old records. That helped speed his return to secular music, which began in 2011 when he started recording for the hip indie label, Stones Throw.

Two years later, in 2013, Arrington collaborated with contemporary ‘boogie funk’ practitioner, LA-based  Dam Funk, on the album, ‘Higher’ and today, in 2014, at the age of fifty-eight, he’s doing promotion for a superb new 2-CD solo retrospective, ‘Way Out 80/84,’ that is about to be released by the Tummy Touch label. It combines key songs from Arrington’s solo canon (including pre-Atlantic solo sides for Salsoul and Konglather) with previously unheard archive material, some of which were unfinished studio jams that have been newly completed. He’s understandably elated about his hybrid project and his enthusiasm is almost palpable. “I’m pumped, man, and having such a good time,” he exclaims. “I feel like my skills are still at a high level.”

In a long and revealing interview with SJF’s Charles Waring, Steve Arrington talks about his early days, his time as a member of SLAVE, and, of course, those heady solo days in the mid-’80s when he scored UK hits with ‘Dancing In the Key Of Life’ and ‘Feel So Real’…

What’s the story behind your new retrospective, ‘Way Out 80/84’?

The story behind it is I reached back into the vaults and actually brought some unfinished material along with three other finished joints from that time. Five of them I went in with my new band and finished up with the original players from the original sessions and did vocals on all of the five songs. They were all just jams and I had to do a lot of arranging to turn them into songs. It brought up some interesting perspectives to some of the old music. I had been doing some new music with artists like Dam Funk, Snoop (Dogg) and Madlib. Before I went into my next stage I wanted to look back and speak to my past in a way and have my past speak to me. So, that’s the retrospective, ‘Way Out 80-84.’

How did it feel going back to music that was almost 30 years old and completing the tracks?

Oh, it was awesome. The first song that came up on the reels was ‘Way Out.’ For me just to hear earlier takes and hearing the bass and the drums locking the memories came flooding in. Hearing how it came together and alternate takes of ‘Weak At The Knees’ – with different words – it was just crazy, man. To hear my creativity at that time and to be 58 looking back at myself at 25 years old and to hear those two different times coming together it was just an awesome experience that I was really excited to do. I’m excited about people hearing it.

The second CD of the retrospective includes tracks that Atlantic Records didn’t want to release back in ’84.

Yes, well, on the ‘Hall Of Fame Vol. 1’ album (from 1983) I wanted to establish that yes, I play funk music – that hard stomping funk music – but there are other sides to me that I wanted people to hear which would open up me to expand and have a broader palette as an artist. Atlantic at that time saw me as this guy who was the lead singer of Slave and then going on to do a solo thing. They just assumed, okay, you’re going to keep the Slave formula and keep making those types of records and I was like well, I’ve already done that…I’m on to some different things. I wanted to just continue to let people realise that I was an artist and that I had true artist ambitions and true artist perspectives versus the drummer that became the lead vocalist of Slave. I was truly into arranging and all of those things but Atlantic’s bottom line was: okay, you did this formula with Slave, let’s just keep it going. But I broke away from that quickly with ‘Way Out’ but I wanted to expand more than that. I felt that I could do anything and do all types of music. I’ve ended up moving in those directions anyway but I think ‘Hall Of Fame 1’ could have been a more interesting record had it showed more diversity along with that hard, knocking funk.

Didn’t Atlantic get what you were doing?

I don’t think Atlantic understood it because I was a drummer who ended up being a lead vocalist so they saw me in a certain way but there was way more to it than I was doing with that and it took them a while to catch up. So by the time, let’s say for instance, the ‘Dancing In The Key Of Life’ album with’ Feel So Real’ came along they didn’t know I had that kind of elegant song writing and arranging in me. I’d moved into some different things anyway  but they didn’t see it coming so by the time they caught up with ‘Weak At The Knees’ – because ‘Weak At The Knees’ was harder and had more of a blusier vibe about it – they just didn’t know I had that in me so I would make steps and so by the time they caught up with the last step I was onto something else.

There’s a short outtake from it on the CD compilation called ‘Tribute To Trane.’ Was John Coltrane a big influence on you?

Absolutely, man. There’s a four-minute 32-second version of that too, that I will get out there later. What I would do, I would try and make some things for interludes and try and get away with them that way but I say this, John Coltrane was a super influence on me: one of the most important artists for my life. He, Miles (Davis), Thelonious Monk and Bird (Charlie Parker) are such monumental influences on me so I wanted the people to hear that side of me. I play the drums on that track. I wanted people to hear it and say: “you swing as well?” So yeah, that’s an important piece for me.