ALL THAT RUBY IS… THE RUBY TURNER INTERVIEW… 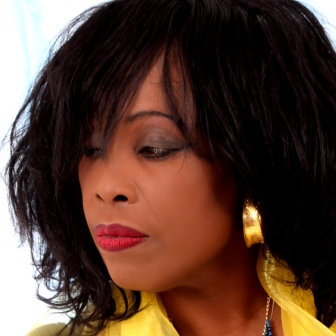 After a five year break, the ever-lovely RUBY TURNER has just released her latest album, ‘All That I Am’ (see our review archive). In a very busy schedule Ruby found the time to speak with soulandjazzandfunk about the LP, and after being in the business for over 35 years we began by asking her what if felt like to be perceived as “the elder stateswoman of UK soul”…. indeed one eminent soul commentator described her as “a National Treasure”….

To be called “Natural Treasure and Elder Stateswoman” is flattery indeed… And it makes me smile. Of course it’s subjective and could have been worse! I’m of course grateful and accept this acknowledgement humbly, as it can only mean, I’m still visible after 30 years or more in this business

Over 30 odd years, you’ve done an awful lot …Do you still see yourself primarily as a soul singer? The new album has all kinds of flavours and the title indicates there’s a lot to you that we may not know about……

I just see myself as a singer of songs really.

What about that title then …’All That I Am’?

This album, I would liken to a tapestry. The songs are like threads, made up of the colours of the rainbow as they blend one into another…. different as the moods change but yet the same human stories told in song. We all are made up of many parts. And each part has its role, culminating in one thing, heartfelt honest and true that’s what I meant the music to be.

I know you’re always really busy – but why five years between album releases?

It’s not been easy trying to tour, write and record. So I had to pick my moment. And it was never ever the right time. So I wrote for 3 years whilst touring. And then when there was a reasonable gap to record, I booked studio, musicians and went in. Of course best laid plans and all that. What I estimated to be approximately 3 months recording turned into 10 to complete . So it became a frantic gallop to the finishing line. But you know the old saying.” Timing is everything.” All I can say is Amen to that.

The album’s out on RTR Records …. your own label. Did you try and pitch the album at any other labels or did you think that would be a waste of time… we all know how hard it is to get any kind of deal these days?

RTR is my label and the thought never crossed my mind to pitch this album elsewhere. I’ve been captain of this vessel since 2005… with 5 titles released since then. Sometimes is been tough sailing but I’m happy doing things my way. Not saying I’d turn down help. But the industry has changed, so being pro-active is so much better.

Soul-wise, the big tune on the LP is your cover of ‘Dark End Of The Street’. Why did you choose that one and what do you think you brought to it that was different or new compared to the well-known versions?

‘Dark End Of The Street’ is pure, classic, old soul. My good friend Stephen Taylor who helped me A&R the last studio album – ‘I’m Travelling On’ – joked about making my album a ‘Cheating Album’ Well! I didn’t think it was going to be easy to write an album full of deceiving, hiding and lying for 90 minutes! So I just let the vibes flow writing as the inspiration came. But that track was too good to leave off. I was not concerned about how many versions were out there. Everyone’s interpretation is their take on the song. Mine is just that… mine

Then there’s the cover of Rodgers and Hart’s ‘I Didn’t Know What Time It Was’… tell us about that one. Is that a musical direction you want to go in?

‘I Didn’t Know What Time It Was’ is my piece of nostalgic indulgence… a song written in the 30’s. The most loveliest of Rogers and Hart’s tunes. I’ve sung it on a few live shows and it went down a storm … so hey! It had to go on the album.

This album – well I hope for everything and expect nothing. A cliché I know but that’s the truth. I just hope it will be enjoyed for its musical, lyrical and vocal performances.

You’re a very busy lady…. how do you prioritise?

Things can get very hectic whilst touring. Someone is asking for you to be here there and everywhere but you just have to be organised. Staying focused on the job is paramount whether its Jools (Holland) Show or my own. You have to be on form for all of these. Anything else can wait until you can give it your full attention. That way you keep the stress levels down…. no one is disappointed and you regret saying yes to something you can’t fulfil.

What’s planned for the next 12 months…. for instance will we ever see Ruby Turner on stuff like ‘Strictly Come Dancing’ or ‘Celebrity Bake Off’?

Who knows what the future will bring. As long as I’m able I’ll try to do the right thing for me and what I’ve given my word to do, then anything else will just be a distraction.

Finally where would you like to be (professionally and personally) in ten years time?

One day at a time. That’s always been my mantra. It’s been 35 years since I embraced this industry. I’m so glad I didn’t bother with those “I’ll like to be” when I was talking back then. Why? Because I would have given up and been very disappointed with myself. So I have no intentions of heaping such pressures on myself or anyone else. You know, everyday is a blessing, every opportunity that comes along, I hope to be ready. Applause ? I’ll take a bow and say thank you.