A NIGHT IN NEW YORK 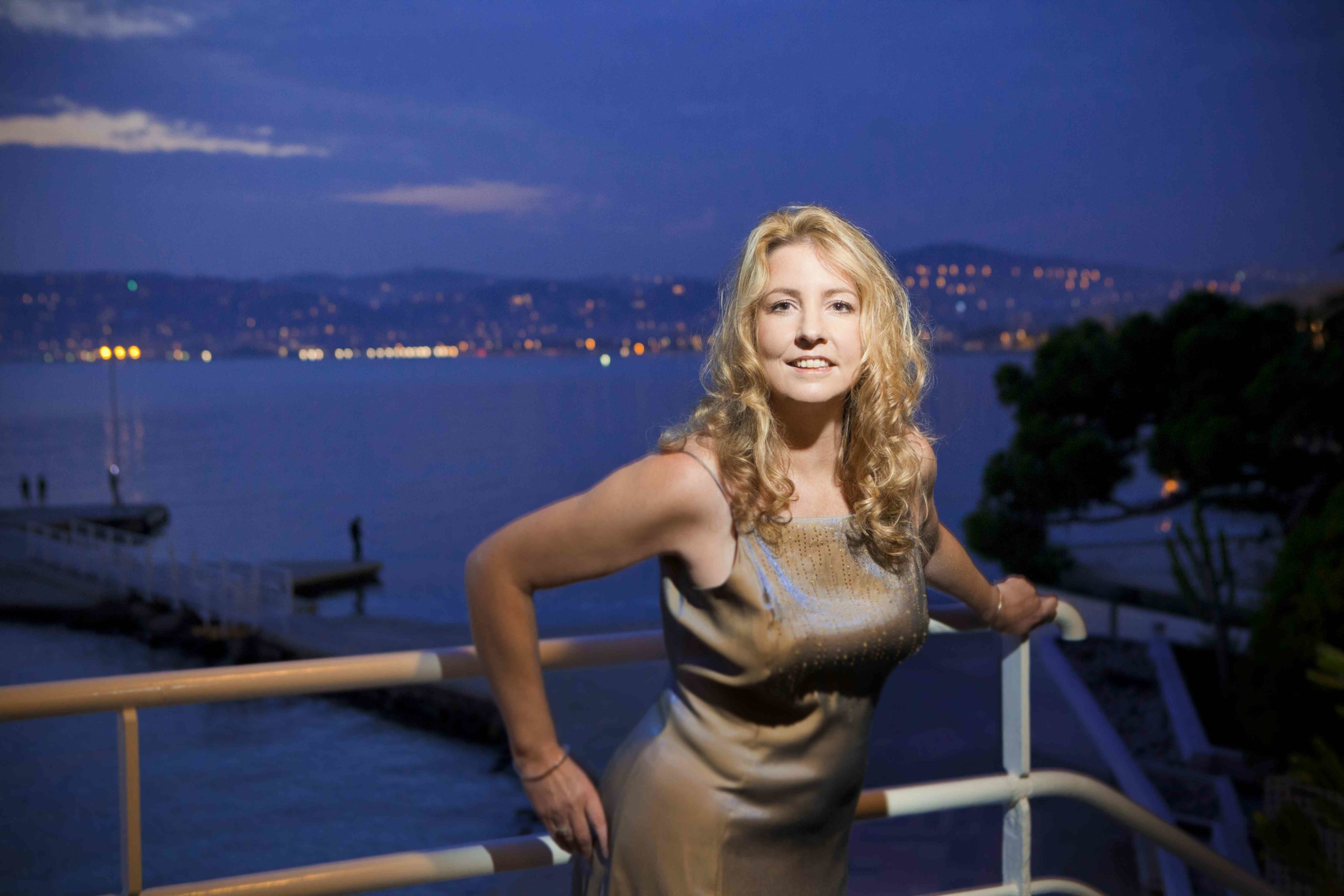 In the jazz world, singers are traditionally judged on their ability to interpret what are called ‘standards,’ those enduring and immortal songs that comprise the so-called ‘Great American Songbook’ and whose authors include such illustrious tunesmiths as Rodgers & Hart, Cole Porter, the Gershwin brothers, Jerome Kern, and Jimmy Van Heusen. Those writers and their songs are to jazz what Mozart, Beethoven and Brahms are to classical music: essential and sacred masterworks of the idiom.

But while jazz standards and how they are interpreted can help distinguish an ordinary singer from a very good one, they can also seem to some people as dull, restrictive, and formulaic. It’s true that songs like Cole Porter’s ‘Love For Sale’ for example – which has been recorded by everyone from jazz icons Ella Fitzgerald and Tony Bennett to pop acts Simply Red and Elvis Costello – have been done to death but they undoubtedly have an evergreen quality about them: the lyrics never lose their relevance and the melodies are timeless in their appeal. And every so often, a singer comes along who puts a fresh new spin on old standards and makes then sound like they were written only recently – such a singer is SALLY NIGHT, an expatriate Brit who relocated to New York to further her career as a jazz singer.

Following a promising debut CD, 2007’s ‘Phases Of Love,’ Ms. Night returns with an impressive sophomore album, ‘Love For Sale,’ for the Japanese Venus label. Comprising 17 tracks, it was recorded in NYC’s Avatar studios and finds the singer tackling such classics as ‘Black Coffee,’ ‘The Lady Is A Tramp,’ ‘Embraceable You’ and many others. It also features an original composition, ‘Why Don’t You Meet Me Downtown,’ as well as a bossa nova medley. SJF’s Charles Waring recently caught up with the singer, who talks in depth about ‘Love For Sale‘ as well as her influences and describes what life is like for a singer in the jazz capital of the world…

What’s the background story behind your new album, ‘Love For Sale.’

I was asked by Venus Records, Japan, to record an album of standards as they loved my first album ‘Phases of Love.’ I wanted to record an album of beautiful songs which represents my current live shows, that would appeal not only to the Japanese jazz fans but would be equally pleasing to music lovers worldwide whether they listen to jazz usually or not.

Since my first album ‘Phases Of Love’ I have not recorded a ‘jazz standards’ album. I have recently recorded an orchestral album of my original co-compositions ‘Cosmopolitan’ and various EPs of my original songs; a tribute EP to Peggy Lee and an album of forgotten show tunes, so I wanted to record a selection of songs from some of my favourite composers but with some simple, fresh, arrangements that really respect the melody and tell the stories through their verses as well.

How has it been received so far?

It has drawn great reviews from Japan, many well-known musicians and music industry specialists in the USA as well as music lovers all over the world who don’t necessarily listen to jazz.

Tell us about the three musicians that played with you on the album. What qualities do they have that you admire?

Massimo Farao is a swinging Italian pianist I have been working with on and off for several years in Europe in the style of Wynton Kelly. We performed together with the great Bobby Durham for 2 years in Europe. He has great sensitivity and not only accompanies really well but plays some beautiful solos. He accompanies many of the American jazz artists touring in Italy such as: Benny Golson, Archie Shepp, Hal Singer, Clifford Jordan, Nat Adderley, Clark Terry, Jimmy Cobb, Albert ‘Tootie’ Heath, Ray Brown, Ron Carter, Buster Williams, Red Holloway & others …

Greg Hutchinson is a fabulously talented and musical drummer who I have listened to live with some of the world’s great touring musicians. He loves to accompany singers and is incredibly sensitive and intuitive and is a great friend and advisor to me. He tours with Joshua Redman, Dianne Reeves, Dee Dee Bridgewater and has worked in the past with an amazing list of greats from Ray Brown, Betty Carter, Oscar Peterson, Benny Green, Roy Hargrove, Jimmy Smith, Christian McBride and others.

Tyler Mitchell is a swinging cool bassist who I have been rehearsing and performing with for the last year. We often work on new songs and ideas as a duo and share a great love for straight ahead jazz and beautiful songs. He has accompanied greats such as Jon Hendricks, Annie Ross, Shirley Horn, Arthur Taylor, Steve Grossman and Sun Ra.

You have one of your own songs on the album, ‘Why Don’t You Meet Me Downtown’ – what was the inspiration behind it?

I fell in love with New York when I spent my first whole month there 3 years ago and I was visiting an artist friend and staying with her at her apartment Midtown on the West Side. Every time I went out to listen to music or meet other musicians I used to take the C or E train Downtown to meet them … and we would go visit places, listen to music and they would show me around as I really did not know New York at all… so it’s really my first impressions of New York in a fun, groovy, blues with an NY twist!